‘The virtuous are virtuous for no other reasons than to join forces with others who are virtuous, to mutual benefit.
THE REPUBLIC OF VIRTUE Or, In Praise of Segregation

So writes Matt Ridley in The Origin of Virtue. It’s worth thinking about whether we could take this to its logical – or possibly illogical – conclusion. Could we, dear friends, construct a Republic of Virtue?

Let me back off a bit. I am an optimist by nature, or at least by conviction. To paraphrase Winston Churchill, ‘Of course I’m an optimist. What do you get if you are not?’ But I am increasingly depressed and obsessed by the failure of modern societies, of which we may take, perhaps, the United States, China, and France as wonderful examples of countries with enormous intellectual, practical, and cultural advantages – examples, too, of massive system failure, of a society that ought to work very well, and doesn’t, despite huge material growth over the past few generations.

What’s the problem? The problem is the solution – the solution to how to produce huge economic growth, increasing prosperity, and even material wellbeing, especially for the poor and certainly for the average person in those countries. The solution, in one word, is ‘cities’. And that, I fear, is also the problem, a problem that has increased, is increasing, ought to be diminished, and may never be so.

From the medieval cities of Europe to the contemporary great cities of China, cities have been the greatest wealth generators of all time. They have sponsored the combination of diversity and concentration of knowledge, and its practical application for personal fulfilment and profit, that has made mankind, very late in its day, a biological success. Up to the eighteenth century, though there were many promising signs from earlier days, we humans had never decisively overcome what had plagued us since our expulsion from Eden – namely, the struggle against famine, malnutrition, the elements, and disease. Lifespans remained low, as did living standards for the vast majority of people. Now, though there are still individual and collective disasters, most of us can pass our lives peacefully, with plenty of food, shelter, amusement, and interesting work, with only the outside chance – though still increasing with age – of being struck down by a dread disease.

Nature has lost. We have won.

We can win against nature. We can create enormous wealth. But we cannot win against ourselves.

Our big cities are prodigiously efficient and effective. Except that living in them, however much money we make, is increasingly unpleasant. Crime, especially violent crime, has grown and grown. Not unrelated, so too has drug dependency and homelessness. The number of sociopaths in our cities, people who actively want to harm other people, even to the extent of maiming, sexually assaulting, or killing them, is still small, perhaps one in a hundred. But in a city of millions of people that is a huge number of people who wreak human tragedy out of all proportion to their percentage composition. The 80/20 principle says so – and it is 99/1 or 99.99/0.01 much of the time when it comes to human evil. There may be very few of these people percentage-wise, but if we live in a large city our chances of coming across them in our lives, or those of people dear to us, cast a shadow over our whole existence. Even if we never come across the sociopaths or the terrorists, they touch our lives with a degree of fear and apprehension.

The answer for those who have made their money, and have the capacity to be mentally alert and fulfilled in the countryside, is to flee the city for somewhere Arcadian and pre-industrial, to go to a small town or the rural hinterland, where we can still be connected online, but run the risk being bored to tears by our neighbours and other people we meet face to face. Wordsworth and Coleridge would approve. And for those of us who really can afford it and don’t mind the disruption, to rotate our existence through two or three homes in very different places, none of them large cities. Or run a new venture from some idyllic bolt-hole. This is a solution that works, but only for a tiny proportion of us.

There is an alternative, though one that has rarely been tried. It is to construct a Republic of Virtue.

You get the idea. Would it work? I don’t know. But it’s worth a try. If the idea worked as well as I suspect, most of the world’s people might belong to Republics of Virtue by the end of the century.

What do you think? 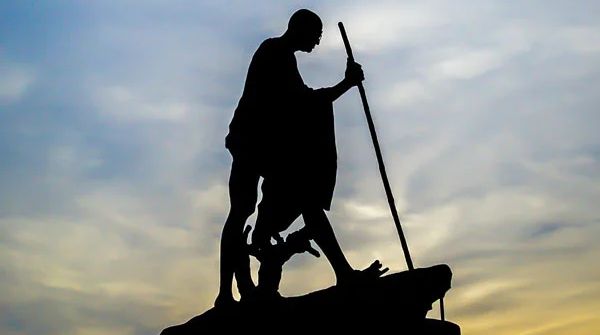