It strikes me as whimsically appropriate that I should be sitting in Australia in the middle of summer, watching the persistent rain outside, snugly – and perhaps smugly – reading about the English and the glories and humiliation of their – my – history.
IN PRAISE OF THE ENGLISH

If England was what England seems
An’ not the England of our dreams,
But only putty, brass an’ paint
‘Ow quickly we’d chuck ’er! But she ain’t!

Many imagine that Kipling was a flag-waving Imperial racist, but, at least by the standards of his time, the truth is otherwise. He lived in India – where he was highly critical of the English Raj – South Africa, and America, only to settle down in 1896 in rural England. He called it ‘his favourite foreign country’. And yet, and yet … he privately dismissed England as ‘a stuffy little place’, preferring the fresher ambience of France. The following year he wrote Recessional, a rueful celebration of Queen Victoria’s diamond jubilee:

Far-called, our navies melt away;
On dune and headland sinks the fire:
Lo, all our pomp of yesterday
Is one with Nineveh and Tyre!

Robert Tombs’ masterful book The English & Their History discusses in one chapter ‘Englishness in the English Century’ – the nineteenth. He opens with what must surely be the most self-congratulating claim from Thomas Babington Macaulay, the Whig historian, who asked in the middle of the century, ‘Why is it that an Irishman’s, or Frenchman’s, hatred of England does not excite in me an answering hatred? I imagine that my national pride prevents it. England is so great that an Englishman cares little what others think of her.’

The English then had much to be complacent about. England led the world in industry, technology, inventions, intellectual innovation, market growth, free trade, the expansion of cities which were the new incubators of wealth, military and naval might, dynamic change in social structure, which was achieved without revolution, the gradual move towards greater democracy and higher living standards, and in its contacts with the rest of the world. In the nineteenth century, says Tombs, England ‘was probably more outward-looking than any nation before’, more involved with other countries through travel, trade, and migration. England ‘exported to distant markets, imported food and raw materials from distant producers, provided financial services to the world, and sent people around the globe.’

‘Nations have characters,’ Disraeli said in 1832, ‘as well as individuals.’ The headmaster of Rugby School invented the idea of ‘national identity’, which was to prove, for good and ill, one of the most powerful forces in the mid to late nineteenth century. Italy and Germany went from being a disparate collection of dozens of states to being powerful nations, particularly Germany.

The English, of course, could never agree what constituted their national identity, not even whether it was genuinely English or British. Was England essentially a rural country, William Blake’s ‘green and pleasant land’, or was it the first urban society, which paved the way for prosperity and democracy, and required modernization through social policies such as universal education and extension of the franchise? We know the answer, but the pace of change was so extreme that many on the left and right, from Romantic poets to conservative landowners, felt the Industrial Revolution had been a cruel and unnatural punishment rather than the path of progress. Others such as Karl Marx, a German who lived most of his life in London, held that the concentration of workers in cities would inevitably end in communist revolution. Other voices held that the destiny of England was to lead a new imperial Anglo-Saxon race, in alliance with the United States and Germany, a view later domesticated and democratized into a vision, never quite fulfilled, of the British Commonwealth as an alliance of independent but like-minded nations.

Almost nobody said that English history would provide a model for most of the rest of the world, or that cities and trade between them would eventually change the human experience, creating unparalleled wealth and wellbeing, but perhaps at terminal psychic cost.

From the 1880s, first a few lonely dissenters, then a wave of influential handwringers, including Kipling, detected the first signs of English national decline. It is one of the many high merits of Tombs’ book that he shows clearly that this was a myth, although one that had real consequences in unnecessarily undermining the confidence of the English.

Although careful not to gloss over the flaws, failures, and divisions of the English, or to sound triumphalist, Tombs closes on a lyrical note. ‘By the standards of humanity as a whole, England over the centuries has been among the richest, safest and best governed places on earth, as periodic influxes of people testify … Living standards in the fourteenth century were higher than in much of the world in the twentieth. Over the centuries, vast material and cultural investment created a heritage that we still admire, and an infrastructure much of which we still use. There has never since the seventeenth century been a government that could by most standards be considered despotic … We who have lived in England since 1945 have been among the luckiest people in the existence of Homo sapiens, rich, peaceful and healthy.’

True, he says, not uniquely so; much of the Western world has had the same experience, at times even slightly better. But that too, is partly due to English endeavours and inventions over the past 400 years, for pioneering the rule of law and democracy, the growth of civil institutions, religious tolerance, international free trade, and many intellectual innovations; and for England’s determined role in saving the world from modern tyrannies. He might also have added England’s role in populating and providing cultural and political models for the ‘Anglosphere’, the English-speaking peoples outside England, which on the whole have been, and many still are, the most successful and civilized countries of the world – not least the country where I am writing these words now, which I rate as one of the friendliest, democratic, safest, and most civilized places on the planet.

We may not agree with Macaulay that England is indisputably the bees’ knees, and even if we did, we would be too circumspect to say so. Yet I am sure that England’s reputation has been sold short, not least by the tiny but unbelievably noisy cadre of English people who seem to hate their country, and say so daily on Twitter. Having once viewed myself, rather pretentiously, as cosmopolitan, a citizen of Europe or the world, I am happy at last to retreat to a smaller identity and vision. I am English and I am proud of that. And if you are English, I hope you are too. 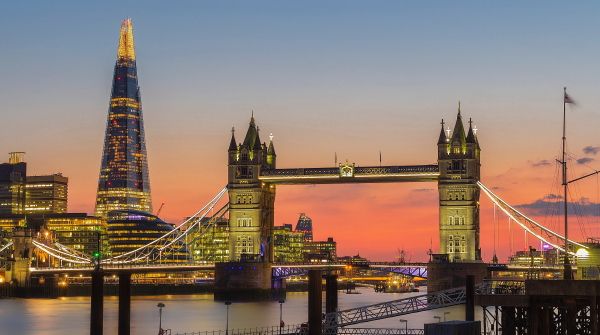