Most of us throw our embryo-hood away. As we get older, we become set in our ways, fixed in our nature.
BE HUMAN – BE UNPREDICTABLE

Watching my parents and other people as they entered their fifties and sixties, they became less interested in new ways, more and more convinced of the rightness of their opinions and worldviews.

Indeed, that was the way I thought it had to be, until I reached twenty. During the summer of that year, I went to live with the author John Marquand, who was sixty-five at the time, and he blew my mind. He was interested in everything, including me. He and I used to argue late into the night, and I could actually win some of those arguments. By the end of the summer, I would see him changing his mind three or four times a week. I realized that this man, rather than having grown old mentally, had grown younger, and was more open and more flexible than most adolescents.”

When you the last time you changed your mind? That you did something unpredictable and out of character? That you learned something new, something alien to your existing views and patterns of behavior? That you said to someone, “I used to think you were totally wrong, but now I see that you are probably right.” That you hung out with people who were definitely not like you?

I hope it was recent, but knowing myself, I rather doubt it.

One of the dangers of growing old is that we become less angular, less unpredictable, and therefore less interesting. This is particularly so, paradoxically, if we are comfortable within a loving relationship. We exchange views with our partner, but the views are so close to identical that we live in an echo chamber. It is a terrible danger with retirement – a dreaded event which deadens the mind and closes the world. If you don’t know what I mean, visit an old peoples’ home. If we are not careful – or rich – there lies our future.

If we become less surprising and less challenged, we become less human. The thing which most distinguishes humans from other creatures is that we can deviate from our instincts, our backgrounds, our conditioning. Not that we always do, but we can. We can make decisions to explore the world outside our bailiwick, go and live in a foreign country, for example, make new friends, discover new relationships, learn something novel, develop new skills, and change our habits. This is not always easy, and it is rarely without its perils and pitfalls, but it is always possible. And when it is no longer true, we begin to die. We lose the essence of humanity. We become more like our pets – predictable, safe, perhaps happy, but hardly likely to change ourselves or the world.

I started this post with a quote from M Scott Peck – not from the book he is noted for, but its sequel, Further Along The Road Less Traveled. It’s even more fascinating than his first book, and it’s about spiritual growth. I prefer to call it ‘personal growth’, because ‘spiritual’ appeals only to some people, whereas personal growth applies to everyone. It’s what we must do if we are to remain young and fun. It’s not a duty; it’s common sense, the common sense which is uncommon. I commend the book and the whole philosophy to you. 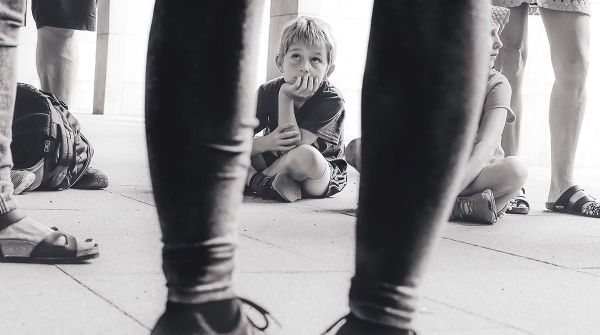