So says – indeed, so proves – the late Swedish doctor and researcher Hans Rosling in his excellent book Factfulness. Both the general public and the elites get the answers to his questions badly wrong, and often the more highly-placed the respondents, the worse they do.

The book turns received wisdom entirely on its head, and also explains, with an admirable avoidance of bile and blame, why we misunderstand the truth completely.

Rosling recounts how his students would talk about “them” and “us” – the developing world versus the developed world; alternatively poor countries versus rich ones, or the rest versus the West.  And it seems that there is some justification for this.

His bubble charts are marvelous.  One of them shows babies per woman versus children surviving to age 5 for pretty much all countries.  There are two clear boxes – the more populated one shows big families and many children die, and the smaller box shows small families and few children die.  There are almost no countries in between the two boxes – a big gap between the developing countries and the developed ones.  “What a simple world to understand!” says Rosling.  “Why is it so wrong,” he continues, “to label countries as “developed” and “developing?”

Then he delivers the punchline.  “Because this picture shows the world in 1965!”  Then, like pulling a rabbit from his hat, he shows what the picture today, which is quite different.  The big box, which used to be full of big families and many children dying before five, is almost empty today, with only six percent of the world population.  The box which used to be called Developed is now much more populated – “Today, families are small and child deaths are rare in the vast majority of countries, including the largest: China and India.”

This “complete world makeover,” Rosling shows, “is not unique to family size and child survival rates. The change looks very similar for pretty much any aspect of human lives.  Graphics showing levels of income, or tourism, or access to education, health care or electricity would all tell the same story: that the world used to be divided into two but isn’t isn’t any longer. Today most people are in the middle.  There is no gap between the West and the rest, between the developing and the developed, between rich and poor.”

All quite dramatic.  But the nice trick Rosling then pulls is to superimpose other developing countries onto the chart.  Thus he shows that in 1891 income and lifespan in Sweden were pretty much what they are today in Lesotho; by 1984 what they are now in Egypt, and by 1975 what they are in Malaysia now.  The implication is – the world is getting predictably better, and even poor countries will become what rich ones are today in due course.

He has another great chart which says that instead of rich and poor, we should think about income levels as Level 1, 2, 3, and 4:

And then charts 16 Good Things Increasing:

The charts are quite stunning.  The whole book is inspiring because it should make all of us grateful for how life is getting better, and points the way to making things even better, or less bad, in the future.

But What Lies Behind This Huge Wave of Progress?

Rosling does not explicitly discuss this.

I think it’s crystal clear that there are two main reasons:

One reason, which he touches on in various guises from time to time, is the role of agencies such as the UN and its agencies, the state, education, science, technology, knowledge more broadly, and public opinion, in forcing or gradually facilitating changes.  We may broadly call this “the march of modernity”.

It’s hard to see in day by day, but decade by decade it changes the way we live and work   massively for the better.  For example, I remember travelling on the London Underground during the 1970s, when all the carriages were full of cigarette smoke.  Nobody would tolerate that today.  Similarly, as a gay man in the 1970s, I remember concealing my sexual preference because otherwise I wouldn’t have had the interesting and well-paid jobs that I did have.  Again, today that seems bizarre, and even I can hardly believe it was true – but it was.

The other reason, which Rosling does not mention, and may not even have appreciated, is the inexorable progress of free markets, trade, the spread of relatively unimpeded private enterprise, the encouragement rather than discouragement of entrepreneurs, the availability of venture capital money, the abolition or reduction of state bodies providing services to consumers (“privatization”), and the decline and fall of communism and undemocratic socialism.

The two most populous countries in the world – China and India – used to be communist or socialist, and private enterprise was totally banned in the first and discouraged in the second.  Now, despite China remaining repressive politically, markets and enterprise have been allowed to flourish and work their magic, just as they have increasingly throughout the world since around 1800.  The outcome in reduction of starvation, malnutrition, and human misery, and the expansion of incomes and happiness, can hardly be overstated.

These are our two great friends, the joint forces of progress – modernity and free enterprise (and I do not mean “capitalism”, which is quite something else – but that is for a different blog post).

For myself, I think modernity will continue to take care of itself, as it has for centuries, though I admire all the teachers, scientists, technologists, social activists, and business-people driving it forward.

In so far as I can, I will preach and advance the interests of the second and more vulnerable cause of progress, enterprise driven by ideas and entrepreneurs.  The state is not the enemy, but socialism and communism certainly are.  In matters of economics – how we advance health, freedom, happiness, and riches of all kinds – my preferred enemy is always to the left. 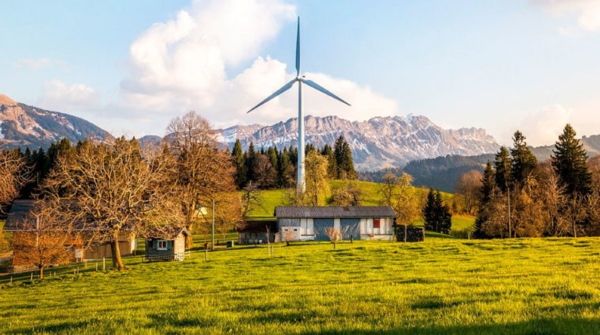