Correctly done, this can provide such extraordinary value that the market explodes to thousands
HOW TO PRICE-SIMPLIFY

In my last blog, I explained the new Simplify Principle – to create a really fast growth, valuable, and socially useful business, the best way is to simplify a market.  Correctly done, this can provide such extraordinary value that the market explodes to thousands – even hundreds of thousands – times its previous size.

We also saw that there are two contrasting ways to play this game and detonate a market explosion.  There is the price-simplifying route, where the market is simplified to the benefit of the producer, enabling costs to be halved or more; and the proposition-simplifying route, where the product is make so much easier to use, more useful, and more aesthetic.  The contrast is simple to make versus simple and joy to use.

In this post, I explain how to price-simplify.  The price-simplifier must find a way to cut the price of a product or service in half, or even more.

How is this to be done?

Ford said that “the most important feature” of his new car, the Model T introduced in 1908, “was its simplicity.  I thought it was up to me as the designer to make the car so completely simple that no one could fail to understand it.  That works both ways and applies to everything. The less complex an article, the easier it is to make, the cheaper it may be sold, and therefore the greater number may be sold.”

There was always something odd about Henry Ford and his opinions.  “From the day the first motor car appeared,” he wrote, “it appeared to me to be a necessity.”  This was an eccentric view at a time when a car cost far more than what a skilled worker earned in a whole year.  Yet Ford was stubborn.  His whole industry revolved around providing “pleasure cars” for the rich.  Ford had a different view:

“I will build,” he said, “a car for the great multitude … It will be constructed of the best materials, by the best men to be hired, after the simplest designs that modern engineering can devise. But it will be so low in price that no man earning a good salary would be unable to own one – and enjoy with his family hours of pleasure in God’s great open spaces.”

If he could make a car cheap enough, he believed, it would sell in vast quantities.

The first plank of his strategy was to redesign the product and make just one standard, simple model:

“I announced that in future we were going to build only one model, the Model T, and that the chassis would be the same for all cars.

The most important feature of the new model was its simplicity. There were but four constructional units in the car – the power plant, the frame, the front axle, and the rear axle.”

Ford paid great attention to the materials going into his cars.  For example, he pioneered the use of vanadium steel, a French invention that was both very light and very strong.  This made Ford’s car very light – decreasing fuel consumption – yet actually cost less.

The other plank of his low-price car was a new production system.  He built the world’s biggest factory – not just the biggest car factory – on a massive site near Detroit, which opened on New Year’s Day 1910.  Huge scale reduced costs greatly.  But the real breakthrough came with a proprietary new idea – the move from batch production to a continuously moving assembly line in 1913.  It was then that Ford ordered that all his cars be painted black, because only Japan black paint dried fast enough to keep up with the production line.

By 1920, the cost of a car had been reduced to a third of the original level, and sales had increased 67 times.

Despite often egregiously bad management after 1920, the value of Ford Motor Company has increased since 1906 at nearly ten percent compounded every year, increasing in total by 24,450 times.  Henry Ford acquired a personal fortune estimated in 2008 at $188 billion in that year’s money.  The face of America and the world was changed by the car and all the highways, malls, and suburbs it created; and personal mobility for the mass of people became a reality.

Ingvar Kamprad furnished more rooms than anyone else, living or dead.  He built up a company from nothing to being worth more than $40 billion.  And he did it all by price-simplifying.

When he founded IKEA as a mail-order company he was only seventeen.  Five years later he started selling furniture.  The story goes that one day he couldn’t fit a table into his car; a friend suggested removing the legs.  Kamprad immediately had the idea of flat-pack furniture.  More than half the sale price of a table, he realized, was in the transportation.  So if he could persuade the customer to do the final assembly – by engineering parts that fitted together easily and giving unambiguous instructions – he could cut costs in half.

IKEA is founded on the idea that its goods should cost between a half and a third of equivalent furniture and furnishings.  How can IKEA be so much cheaper?

Much of the answer lies in those transportation costs.  But anyone can sell flat-pack furniture, so there is more to it than that.  Part of the answer lies in the giant stores that Kamprad built on the edge of cities.  They are far larger than those of IKEA’s rivals.  There are free parking and child care and sometimes free jugglers and clowns, but customers have to take what IKEA cheekily calls ‘the long natural way round’ the store.  There are lots of product categories but relatively few products within each category, which allows high volume per item.  The stores have high sales per store, even relative to space, and are cheap to operate because there are few staff and the premises costs are low because the stores are edge-of-city.

Yet that is not all.  At the heart of IKEA’s simple system is a different way of organizing its industry.  IKEA is a retailer, but it also designs most of its furniture and selects its manufacturing partners carefully, giving them very large orders for only a few products.  This lowers the furniture-makers’ costs dramatically; it also raises IKEA’s bargaining power.  Without any investment by IKEA the manufacturers become part of the IKEA system.

Cars and furniture are obviously very different products, yet there are common elements in what Ford and Kamprad did, elements you might emulate to reconstruct your own industry:

The McDonald’s Formula – the Assembly Line of Food

There are striking similarities between IKEA, Ford, and McDonald’s as well.  In 1948 Dick and Mack McDonald turned their barbecue restaurant in San Bernardino into the first “fast hamburger” restaurant.  There was nothing new about serving hamburgers, but whereas a coffee shop menu would feature hundreds of items including burgers, the brothers limited their menu to just nine items, including drinks.  The only food items were hamburgers, cheeseburgers, and fries.  The burgers were all identical – a tenth of a pound of beef, all cooked the same way.  Besides high quality food, the attraction was speed and price.  At the time coffee shops charged around thirty cents for a burger; at McDonald’s it was fifteen cents.  The star attraction, though, was the French fries – another half-price bargain at ten cents for a three-ounce bag.  The low prices causes an explosion of demand.

Like Ford and Kamprad, Dick and Mack added valued by subtraction.  By removing menu variety, they made it much simpler to procure ingredients, operate the restaurant, and cook and serve the food.  They subtracted waitresses – and therefore tipping.  By simplifying and automating the process, persuading customers to do some of the work, and producing assembly-line food, labour costs were slashed to a fraction of a coffee shop costs.   The little shop in San Bernardino had astonishing throughout too – sales exceeded $400,000 a year, equivalent to $4 million in today’s money, more than an average, much bigger, McDonald’s store does today.

When Ray Kroc bought out the brothers, he realized that the way to achieve even lower costs, and therefore prices, was to scale up the operation, while maintaining its pristine simplicity.  Kroc opened up a huge number of new stores – all operated the same way – by offering franchisees a simple product and providing them with a ready site and financing.  Through national and international expansion, there was a huge increase in sales – over thirty thousand times between 1961 and 2015, which was accompanied by a 34,630 times increase in value in these years alone.

The formula for price-simplifying has worked in a huge number of quite different industries and products, including Penguin and Kindle books, supermarkets, online brokerage, index funds, direct insurance, budget airlines, steel mini-mills, personal computers, soft drinks, and many online markets.  To price-simplify, you create a mass market by making the product or service dramatically cheaper.  You use all the tools of simplicity so that the product is simpler and cheaper to make – simplicity for the producer is what matters.  The producer operates on low margins but enjoy massive increases in revenues and the value of the company.

Summary – 3 Precepts for the Price-Simplifier

Can you think of an industry where you can do something similar?

In my next blog, I will explore the second way to simplify.  Proposition-simplifying is just as effective as price-simplifying, but we will see that the objective and methods are totally different. 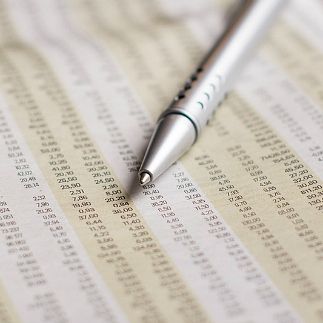