There is a curious South African phenomenon – the bossy boss.  And while this might sound a bad idea, I have come to the view that it is good.

One thing that is generally acknowledged – but not explained – is that for a tiny population of managers, South Africa has generated a large number of very successful entrepreneurs.  To name but two: Elon Musk, founder of Tesla and Space X and reckoned to be worth $12.7 billion; and the very charming and super-smart Mark Shuttleworth, brilliant serial entrepreneur and incidentally the second space tourist.  I once had a meeting with him in the early days, in a cramped run-down office in a dodgy location.  He sat on the desk.  He talked to the tea-lady as pleasantly and openly as he talked to me.  Somehow I knew – this man belonged with the stars.

Well, I have a hypothesis about why there is a disproportionate number of such wizards.  I worked in South Africa and know a few companies there well.  One thing I’ve noted is how many bossy South African bosses there are.  Bossy bosses are not exactly typical down there, but they are far more frequent than in Europe or the US.  And they seem to be a good thing.

What Bossy Bosses Do

First, what do they not do?

They don’t micro-manage.   They couldn’t do that and spend so much time on the golf course or at external events in beautiful venues.  They don’t work hard – or at least, not long hours.

Instead, they have four main traits.

They take a deep interest in recruitment.  They often make the decision to hire alone or with only token involvement from other managers or the board.

Second, they place a lot of emphasis on their personal relationships, not only with their direct reports, but also with promising junior managers on their way up.  They get to know their best people very well, socially as well as in the office.   They do this selectively, and it is a mark of favour that is noticed by everyone and deeply appreciated by those singled out.

Third, they are highly directive with the people they favour, at least at first.  They explain what they would do in the managers’ place.  The bossy boss does not work hard: but he or she does talk hard.

How is this different from micro-managing?  It’s quite a subtle difference, but it’s done through dialogue and the Socratic method of asking questions.  It challenges the managers to think more deeply about what they are doing.  And it is, as I say, a mark of favour, so it is not resented.  And it’s quite time-consuming for the bossy boss, so can’t be done with more than a minority of managers – perhaps the five percent who add ninety-five percent of true value to the firm, the innovators.

Last, the bossy boss has frequent team meetings, often convened ad hoc and involving only a few key people.  The meetings make decisions, often without really having the remit to do so – except that the boss is there.

I worked for a large and successful retailing group, for the founder and executive chairman.  When I arrived I couldn’t believe it.  My first experience of the group was a celebration of the first twenty – or was it thirty? – years of the company.  It was held in a plush hotel with dinner and interminable speeches.  Some were worthy, some were witty, and some were just endless.  But what was apparent was that the top fifty people in the company all knew each other and resembled one big family, mainly happy but with the quirks you’d expect from such a large and well-connected assembly.  There were lots of in-jokes and barbs freely showered around.

Almost my next experience was a morning’s strategy session with the same people, held at a rather nice country club.  I began to marvel how they could run a successful business when they spent so much time talking to each other.

And so it went on.  The chairman spent a huge amount of time in his office, mainly talking one on one to about a dozen managers, not always but largely the same people every week.  Sometimes I sat in on these meetings; and I had my own long meetings with the chairman.  He had an unusual style.  To begin with, he would talk and talk.  But as he got to know me better, it became clear that he was talking not just to impart wisdom and seek reassurance that his decisions were right, but also to be challenged and to challenge me.

In Europe and America, I had observed that the top people liked short meetings, crisp and to the point – very functional.  Boom, boom, boom.  Not in South Africa.  The pace was relaxed and the meetings were long.

The Chairman knew everything about his people and he had no secrets from them either.  He knew everything everyone said.  I would intimate to a few trusted managers my mantra that “the Chairman is always right.”  One day he said to me with a wry smile, “I’m always right, am I?” – and then proceeded to contradict me.

He always promoted from within, which at first I thought was crazy, but later I came to appreciate its virtues.  He and his top management really did develop their best people, and it was incredible to observe the growth in personal knowledge and performance that resulted from all that talk.  Above all, there was a warmth and humanity about the Boss.  It was like he was talking to a close friend.  He could get angry, he was sometimes vain, sometimes humble; yet always, beneath the smooth veneer and the quiet voice, very emotional and committed to his business and his fellow leaders.

It shouldn’t have worked as well as it did.  But work it did.  It made me re-think my own implicit theory of management.

Why being a bossy boss works

There may be three reasons.

One is that it is a very selective management process, very 80/20.  The boss is making a decision to help and mentor a few people with great potential and who are already making the firm more valuable.  This has all kinds of signalling benefits.

Another is that the boss is treating the relationship with the best people in the firm, no matter how lowly, as one of business partnership.  Paradoxically, by being very directive, the bossy boss is saying that he or she cares about the individual and their training, their career development, their potential.  The relationship becomes personal rather than bureaucratic, spontaneous rather than formal, caring rather than going through the motions.  As with all true care, this can only work with a few people.  It is better to give a lot to a few, than to give nothing very much to everyone.

A final reason is self-confidence – and more important, the generation of high self-confidence in the boss.  The bossy boss is bossy because he or she believes in the value of what they pass on.  It is an affirmation of the boss, by the boss, and for the boss.  Unless a boss really feels this way, he or she will not live up to high standards and reach for the stars.  There is nothing more important than feeling you can help other people further down succeed, to make you feel you yourself can succeed in spades.

As in every other sphere of life, feeling you are useful to other people makes you more useful.  If you have no wisdom to pass on, or nobody who wants to receive it, what is the point in doing anything, except for the money?  The latter is a very thin, unsatisfying reason.  We need to believe in ourselves, and helping other people is the best way to validate, renew, and multiply such a powerful belief.

The bossy boss is out of fashion, not politically correct.

It’s time for a reappraisal.

The bossy boss is a force for good. 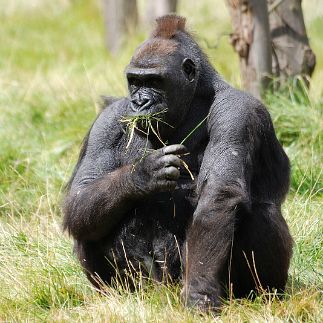