Is modern society better than that of the eighteenth century, or the Renaissance, or ancient Greece or Rome?
IS PROGRESS REAL?

Is modern society better than that of the eighteenth century, or the Renaissance, or ancient Greece or Rome?  The relentless 24/7 news media portray a world of conflict, disaster, and human turpitude. Was there ever a golden age, or are we living in it?  I believe there is a clear answer to this question, and it is good for us to realize it.

I have just been re-reading a splendid essay on the subject by historians Will and Ariel Durant, written in 1968. I will summarize it before adding my own views, based partly on a difference of perspective and partly on hindsight from the last half century.

The Durant couple start by giving a rather sombre view.  The idea of progress, they say, finds itself in dubious shape.  Maybe the Middle Ages and the Renaissance, which stressed mythology and art rather than science and power, were wiser than us.  We keep increasing our technology and knowledge, yet with good comes evil.  Our comforts and conveniences may have weakened our stamina and moral qualities.  “We double, triple, centuple our speed, but we shatter our nerves in the process, and we are the same trousered apes at two thousand miles an hour as when we had legs.”  We have news from around the planet, “but at times we envy our ancestors, whose peace was only gently disturbed by the news of their village.  We have laudably bettered the conditions of life for skilled workingmen and the middle class, but we have allowed our cities to fester with dark ghettos and slimy slums.”

You can imagine the drift.  Is modern art, philosophy, or architecture superior to that of ancient Greece?  Are we better people?  If progress “means an increase in happiness, its case is lost almost at first sight.  Our capacity for fretting is endless … we always find an excuse for being magnificently miserable … It seems silly to define progress in terms that would make the average child a higher, more advanced product of life than the adult or the sage – for certainly the child is the happiest of the three.”

But then our historians change tack.  How should we define progress?  The answer they come up with is a good one – “we shall define progress as the increasing control of the environment by life.”  Has “the average man” – forgive the apparently sexist language, but they obviously included women in “man” – “increased his ability to control the conditions of his life?”

And in a rather discursive way, they end up saying, more or less, “Yes”.  The tripling of life spans in the last three centuries indicates better control of the environment.  “Shall we count it as trivial that famine has been eliminated in modern states, and that one country can now grow enough food to overfeed itself and yet send hundreds of millions of bushels of wheat to nations in need?  Are we ready to scuttle the science that has so diminished superstition, obscurantism, and religious intolerance, or the technology that has spread food, home ownership, comfort, education, and leisure beyond any precedent?”   Education, they say, is the transmission of civilization, “so our finest contemporary achievement is … the provision of higher education for all.”

Such is the gospel according to Will and Ariel Durant.  What should we make of it today?

How should we judge progress?

One is that of our historians – the better control of our environment.  I would highlight not only the increase in prosperity and life expectancy, but also the decrease in disease and suffering, and in warfare and violence.  Life is better than it has ever been for most people on the planet, and that is a stunning achievement for which science, technology, and the dedication of a huge number of physicians, scientists, and business people deserve unstinted praise.

A second criterion I propose is political and social – the spread of freedom and equality for all people, regardless of social class, nationality or ethnicity, gender, or sexual orientation.  Our society is far from faultless in this regard, but in acknowledging that fact we are miles ahead of any previous generation.  I venture to guess that the next generation will be well ahead of us, and so on, because the liberal sensitivity is cumulative.  For example, I am gay, and the change in attitudes in my lifetime has been stunning – from being something frowned upon, even by myself, it is now completely “normal” to be homosexual, and one does not have to conceal or feel threatened by it.  It is hard to think that if Western liberal society continues, the future will take us back to the pink star or the stigma of being “queer.”   Of even greater importance, in terms of numbers, is the liberation of women in my lifetime – the opportunities for women may not be perfect, but they are almost infinitely greater than a generation or two ago.

A third criterion – which I think nearly all of us, especially liberals, underestimate – is the spread of free enterprise.  When I grew up, more people in the world lived under communism or other forms of state-directed economy than lived under free markets.  The latter will never be loved, but they bring with them not only greater prosperity, but also greater fairness and opportunity – again, far from ideal, but hugely better than under a bureaucratic society – for the majority of people.  Personal creativity can be expressed in an open economy to a massively greater extent than under a closed one.  In the past thirty years, a large majority of humankind has been freed from the yoke of communism and socialism – and it will not revert.

So – are there no problems with modern society?

Of course there are deep problems.  Here are three:

One is that the existing trends towards greater control of the environment, greater freedom and equality, and greater economic freedom, need to be further extended.  Future generations will see that we are so far only scratching the surface in all these areas.

Another problem is that of the underclass and lack of upward social mobility.  In some countries, including the United States, this problem is severe and getting worse.  We need creative solutions here, and a change in the system of education, especially for young children, is long overdue.

A third problem is the lack of meaning in society.  Modern secular society has brought enormous benefits, but in rejecting the importance of religion – or its equivalent for atheists and agnostics – it has thrown the baby out with the bath water.  Depression and drug and alcohol dependence are symptoms of a lack of moral seriousness.  No society can hang together without people of goodwill believing in a common ideology, and having a sense that every day can advance the meaning of life for themselves and their fellow citizens.

Yet, we are aware of these issues, and many others.  We are dissatisfied with our society, and eager to change it.  That is good.  What would be even better would be to also take pride in how far we have come and in the wonderful potentialities of modern life for ourselves and everyone around us.

So yes, progress is real.  We should not be afraid to shout that message from the rooftops. 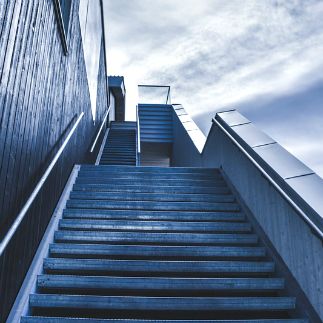