Given the popularity of my last two posts – the 80/20 of 80/20, and SIMPLIFY SIMPLIFIED – I’m having another go, this time with The Star Principle.

By finding a star venture.

Is it how hard you work?  No.  Millions of people work very hard and never get rich.

It’s not a lot of other things that people assert are essential to make serious money.

It is the combined effect of niche leadership and high niche growth that makes a star venture so wonderful.  Leadership means that the company and its products are preferred by the niche’s customers.  Like Apple, therefore, the company’s products may command a price premium.  But even if they don’t, the high volume should mean that a market leader has lower costs than its rivals.  A leading firm should have higher prices, and/or lower costs, and therefore higher profits and cash flow, than a similar business which is a follower.

Market growth compounds those profits and cash over time.  As Albert Einstein said, the strongest force in the universe is compound interest, a concept so simple that very few people really understand it (I said that last bit, not dear Albert).

If you grasp these two ideas, you have a huge insight into the future.  That’s why Apple, Amazon, and all the most valuable firms in the world, are so incredibly valuable and have increased their value at rates that seem incredible.

Only one, but it’s huge.  The trap is that a star stops being a star by losing leadership in its niche.  If that happens, a venture worth a fortune can suddenly become almost worthless.

The danger is acute, so you had better monitor your rivals and if one if catching up, move heaven and earth to draw well ahead again.

There can only be one market leader, but there can be many followers in a market niche.  For new ventures, perhaps one in four is a genuine niche leader.

Few niches grow at least 10 percent a year – the cutoff point generally defining a star business.  (In fact, you want growth to be much higher.  Most of my star companies are growing by at least 30 percent, and some by more than 100 percent.)

Typically, only 5 percent of large companies’ products’ markets grow even at 10 percent a year.  For new ventures, I estimate it’s only about 20 percent.

Multiply these two probabilities together.  Of the 20 percent that are growing fast enough, roughly a quarter – 5 percent of the total – are likely to be stars.  About 1 in 20 start-ups is a star.

So stars are rare.  But they are not so rare that, with a bit of patience and careful thought, you can’t discover one – or create one yourself.  If you look intelligently for a star, you will find it.

I’m not the only entrepreneur or investor who’s made a fortune out of star businesses.  Virtually every share in the public markets that has made people rich – excepting only special situations such as mining that are not truly competitive markets – has been a star business, that is, a niche leader in a high-growth niche.

Amazon was and is a star business.

eBay was and is a star business.

Microsoft was and is a star business.

Dyson was and is a star business.

Apple operates almost exclusively in niches where it is the market leader and obtains a significant price premium, as well as having the advantage of higher volumes and lower costs in those niches.  Apple is a star business.

Uber is a star business, albeit one in danger of losing its niche dominance.  Many people think Uber is overvalued but my guess is that investors will do just fine.

Betfair’s betting exchange business was a star business for more than a decade, and helped to make me rich (many thanks!).  The market growth appears to have slowed, so it is probably now just a cash cow – not bad, but not as great as being a star.

Google’s search business is a star.  That single business out of many, many businesses owned by Google (now called Alphabet) makes nearly all the profit and cash.

Waze, YouTube, and WhatsApp are also star businesses.  Sadly you can’t buy shares in them anymore, as the first two were bought by Google, and WhatsApp by Facebook – all for tons and tons of money, which, of course, Google and Facebook have so much of that they don’t know what to do with it all.

Star businesses needn’t be anything to do with technology.  The longest-running star business is surely the Coca-Cola Company, incorporated in 1888 and a consistent star business until the 1990s.  For over a century, despite two world wars, the stock market crash of 1929 and the ensuring Great Depression, Coca-Cola remained a star.  The global market for cola increased on trend by more than 10 percent a year and Coke remained the dominant player in that market.

Even if you have no money (yet), you can benefit from star businesses.

Because working in a star business is much more fun and you will earn much more money.

Before long, if not already, a star business will be coining money hand over fist.  It can afford to be generous.  It will reward loyalty and skill much more than an ordinary firm.  It will be successful. And there is nothing in business – I know from first-hand experience replicated several times – that’s so much fun as working in a burgeoning, hugely successful star business.  It’s easy to be a star in a star (I mean someone at the hub of the organization, not as a driver for Uber or a low-level worker for Amazon.  And I also mean someone who gets in on the ground floor, before the venture gets big.).  It’s easy to get promoted.  It’s easy to get fat bonuses.  And, if you get a few shares or share options early enough, you may end up with a surprisingly large nest egg.  Even more important, you get a massive high from accomplishing something, for changing a market, from thrilling customers, and from being part of a winning team.

It need not stop there.  Take your winning from a star business, and invest in another that’s still growing very fast.  You’ll likely multiply your money.  Before long, you’ll be rich.

Above all, be part of the team that starts a star business.  In the book I tell you how to get the idea for one.

The sky is full of stars.  True, the distances between them are – well – astronomical.  Far more of the sky is not composed of stars than is.  Yet, on a clear night, away from city lights, you can always find stars.

So it is in business.  Stars are rare.  But you can find them.

Whether you are an employee, a wannabe venture leader, or an investor – of grand or modest means – a star will give you a new and far richer life. 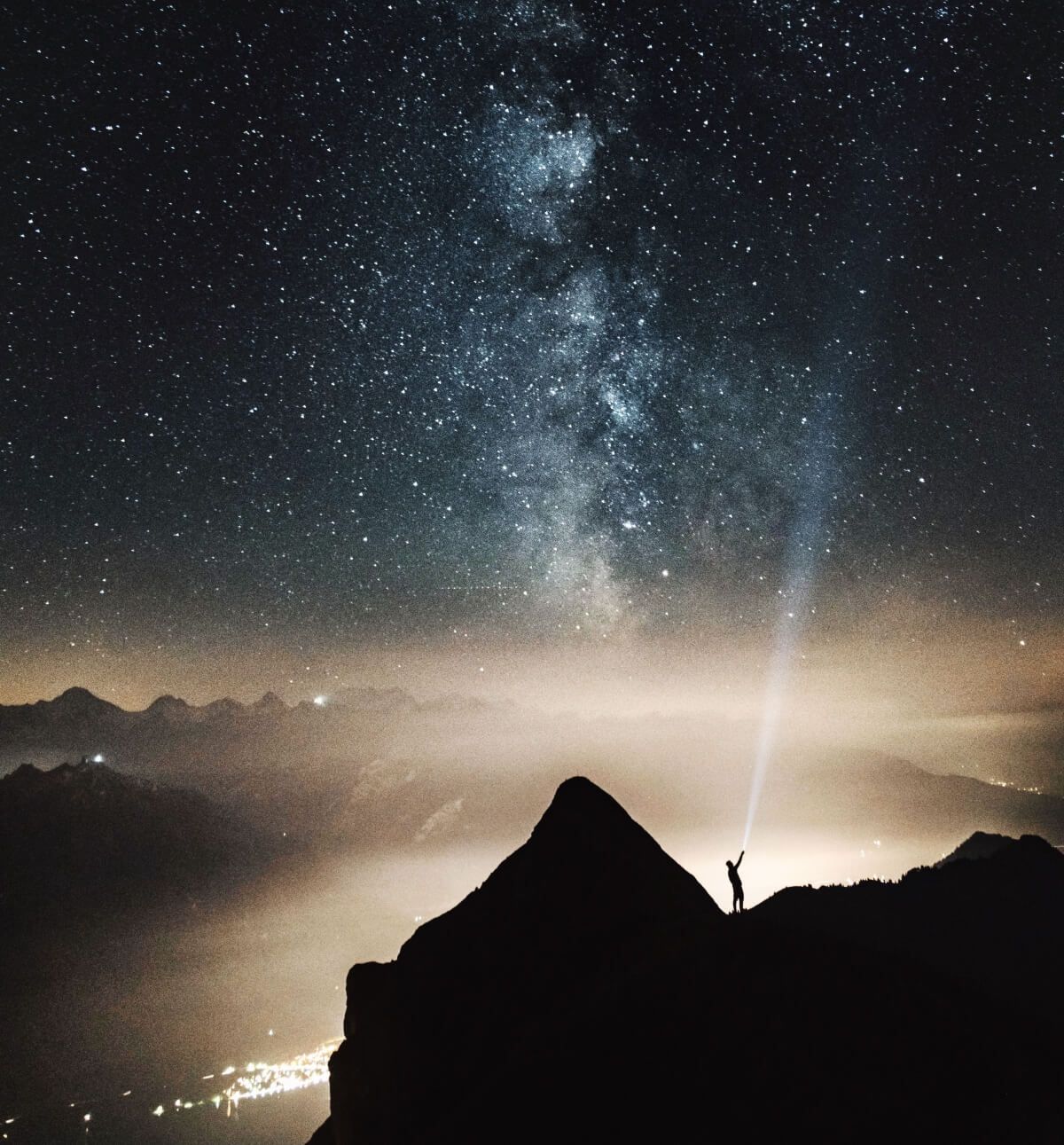