I am a somewhat reluctant fan of Nicholas Nassim Taleb, and having finished his latest book, Skin in the Game, I settled down to write a review.
SKIN IN THE GAME: A DOZEN ACTION IMPERATIVES

I am a somewhat reluctant fan of Nicholas Nassim Taleb, and having finished his latest book, Skin in the Game, I settled down to write a review.  But this is hard.  Taleb doesn’t make it easy to summarize his thesis, and he shoots off at all kinds of fascinating tangents, some well-grounded, others which are pure flights of fancy.

In the latter category, for example, is his amusing but preposterous question which we meet on page 5 – “How is it that we have more slaves today than we did during Roman times?”  But it turns out that by “slaves” he means employees or public officials, including the overpaid ex-pat employees of multinational corporations, the head of the CIA, and prime ministers of democratic countries – the latter category he contrasts unfavorably with the corrupt thug Putin.  By Taleb’s definition, anyone who can be fired or relies on the favorable opinion of others is a slave.

Try taking a Time Machine and explaining that to a real slave in ancient Rome, who could be crucified for the least misdemeanor.  This is the jesting, provocative, word-inventing and ultra-colloquial Taleb, who also insists on being taken seriously as a scholar, and who relishes head-to-head conflict with the whole modern institution of academia, and with several Nobel Prize winners, some of whom he accuses of fraud.

He is as quick to take offence as to dish it out, and he has a planet-sized ego.  The infuriating thing is that when he leaves his soap box behind and writes sensibly, he is absolutely right on most of the big issues.  Perhaps Taleb thinks he is a latter-day Einstein, and having invented the equivalent of relativity, he can afford to play the clown.

What is ‘Skin in the Game’?

It is not, he says, having a financial incentive or similar: “No. It is about symmetry, more like having a share of the harm, paying a penalty if something goes wrong.”   Taleb favors Skin in the Game (henceforth SITG in this post) – he considers modern society egregiously at fault because so many so-called leaders and other important people do not have SITG – no downside, only upside.

Unfairly, says Taleb, the following groups of people do not have SITG, because they don’t experience bad things when they are wrong, but keep the upside – they own a hidden option at others’ expense:

On the other hand, the good guys with SITG:

How useful is all this?   I’ve been through the book again trying to distil advice from it.  I don’t know if Taleb would like or hate this.  On the one hand, he does advise the reader from time to time.  On the other, I suspect he thinks self-help is beneath him.  Whatever he thinks, there is some great advice – though not as much as I expected.  What follows goes through the Koch filter so apart from his direct words I am responsible for the interpretation.  The more important ones are in bigger print.

Don’t want to save mankind, reduce poverty, or anything similar.  Instead:

Yes, take risk, and if you get rich (which is optional), spend your money generously on others.”

People who are employees are not free.  They can be controlled or fired.  “Contractors are exceedingly free; as risk takers, they fear mostly the law.”

“Someone who has been employed for a while is giving you strong evidence of submission.”

“A company man … feels that he has something huge to lose if he doesn’t behave as a company man – that is, he has skin the game.”

Now, at this point, Taleb might have pointed out that SITG is not always a good idea.  The point about employees (Koch speaking) is that they have downside, but mainly not upside, or not much. That is a lack of symmetry which Taleb rightly abhors.  But I’m not so sure.  If all employees had upside, enterprise would work much less well – there would be less of the pie available to reward entrepreneurs (whom I want to have as much as they do) and capital providers (I’m more ambivalent – if they provide more than capital, fine, but if it’s only capital, my sense of what is fair conflicts with my commitment to free enterprise).  And if employees had upside, at the expense of those who take risks, there would be no need for anyone to take risks, and the system wouldn’t work.

All I can say to you, the reader, is don’t be an employee unless you really don’t want to take risks, and have a richer life in all ways.  If you value security, be a “slave” – recognizing that this is not the same kind of slavery as that in the past (and in the present in evil regimes).

By all means, be an employee to learn valuable things.  Then start a business.

“One may be risk loving, yet completely averse to ruin.”

“In a strategy that entails ruin, benefits never offset risks of ruin.”

“Every single risk you take adds up to reduce your life expectancy.”

I don’t think Talen quite gets this right.  It’s all about 80/20 – take risks that have a minimal risk of ruin but a lot of upside.  On the other hand, some people – mountaineers, explorers, sexual adventurers, helicopter pilots (and passengers), motor cyclists, extreme speculators – take risks whose expected value is to shorten your life, but they do it because the upside is the thrill from this.  Know the risks and develop high expertise to minimize the risk – or avoid it if you are ‘sensible’.

“People who are bred, selected, and compensated to find complicated solution do not have an incentive to implement simplified ones.”

“a business plan is a useful narrative for those who want to convince a sucker.”

“a free person does not need to win arguments – just win.”

“skin in the game means that you do not pay attention to what people say, only to what they do, and to how much of their necks they are putting on the line.”

“What matters isn’t what a person has or doesn’t have; it is what he or she is afraid of losing.”

“The more you have to lose, the more fragile you are.”

Here I differ a bit from Taleb.  You can have a lot to lose (for example, money), but not care that much about it.  Maybe this is a quibble, but I think it’s quite important.

As I have made more money in my life, I have, from an early age, deliberately not come anywhere close to spending what I have.  This enables me to take risks to increase my wealth – because even if it all goes sour, it will not affect my lifestyle.  You may, of course, ask ‘’what is the point of accumulating money you will never spend?”.  My answer – it’s a game I love, the money protects me from ruin, and it increases my freedom.”  Also, I have a Puritan streak, and a distaste for conspicuous consumption and those who engage in it; and Puritan habits die hard.

“Reading a single text twice is more profitable than reading two different things once, provided of course that said text has some depth.”

“rich people are suckers who fall prey to people complicating their lifestyles to sell them something.”

“How much you truly ‘believe’ in something can be manifested only through what you are willing to risk for it.”

Despite my irritation with Taleb’s bumptiousness, he makes me think, and I am grateful for that.   It’s unusual, perhaps rare.  So I commend his book to you, warts and all. 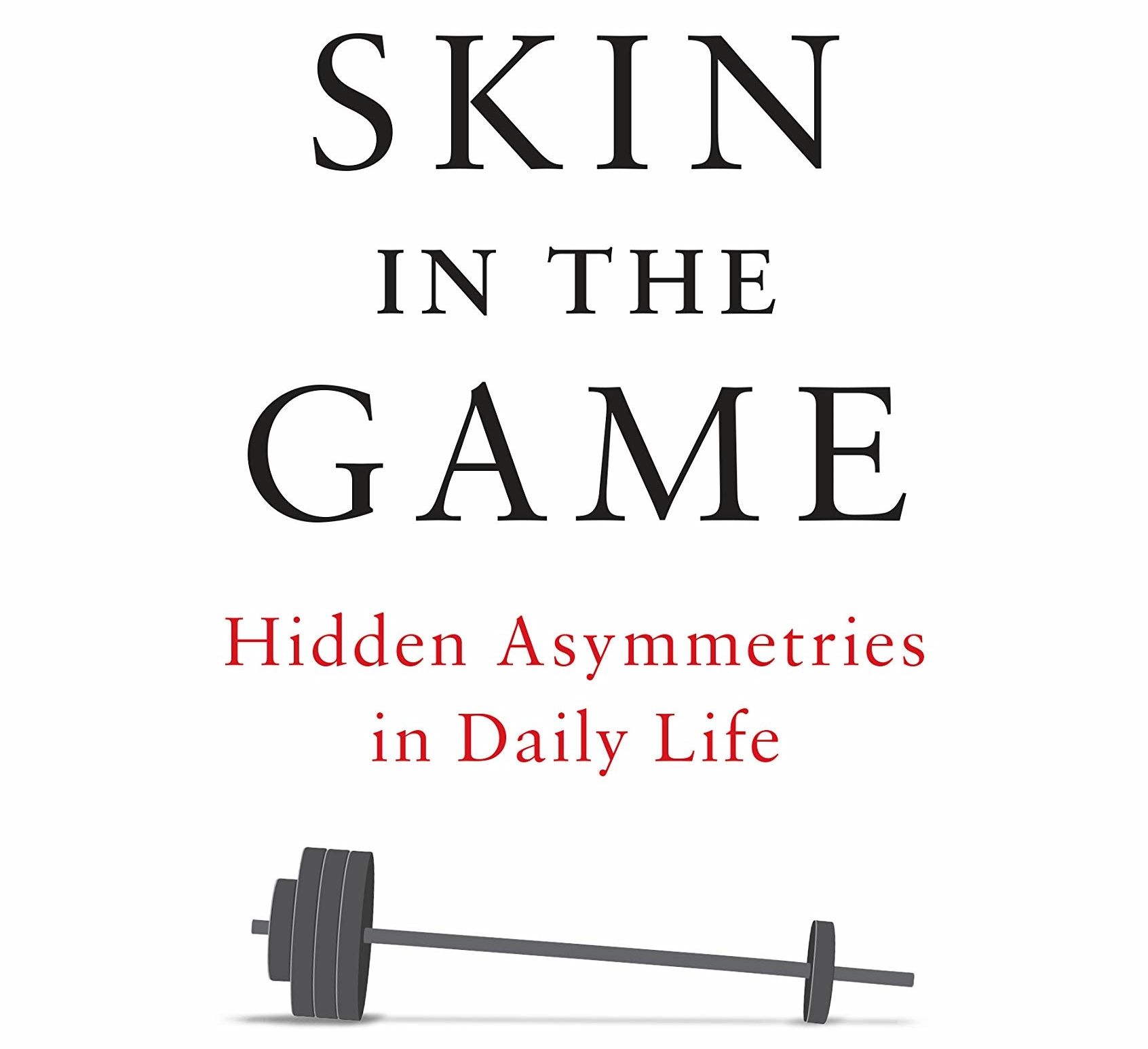