f you want to succeed, don’t innovate. Imitate.
RECYCLE THE 10 GREATEST BUSINESS IDEAS OF ALL TIME

If you want to succeed, don’t innovate.

Andrew Black – known to his friends and close associates as “Bert” or “Bertie” – is the greatest genius and innovator I know.

Except he didn’t really innovate. He tweaked an old idea and used it in a new context, and made a firm worth over $3 billion.

He invented the idea of person-to-person betting, cutting out the bookmaker. As a brilliant mathematician, professional gambler, and technology geek, he was ideally suited to do this.  As a result, he made himself and many other people – including me, thanks, Bert – a fortune. (I invested in Betfair, his company, soon after it started, and got an initial ten percent stake for 1.5 million GB pounds.)

Yet Andrew’s idea is less revolutionary than it appears. In fact, it’s just the idea of an electronic stock exchange, recycled from the investment industry to the betting industry. Instead of one person selling stock and another buying it through the internet, one person makes a bet and someone else takes the opposite bet.

Amidst the greatest triumphs of technology and business the universe has ever known, there’s a tiny, tiny, quite miniscule, percentage and number of ideas that deliver the great majority of innovation value. If you use just one of these ideas in a new context, you, like my friend Bert, can make enough money to spend the rest of your life doing exactly what you want.

We can boil down the route to super-profitable innovation very largely to ten top ideas:

Be the biggest of your type, and preferably absolutely dominant.

The market you dominate can initially be very small, so long as it grows very fast and has superior economics or appeal to a certain type of customer.

Bert’s market was initially so tiny that no venture capitalist would invest in it. No sports or betting writer would write about it.

When I invested, Bert’s market was a tiny dot, way off anyone’s radar, except a handful of his friends and family and hardcore professional gamblers.

I wasn’t any of these things, but a friend of Bert’s was a friend of mine, so I got to hear about it (thanks, Anton). I went to Bert and his business partner and it took me one hour to decide to invest. I did no due diligence, none, zilch, nada. There were two reasons I put my mite into Betfair. One was that it was clearly a separate segment, a separate market, with different customers and economics to the bookmaking industry. It was a market Betfair started and dominated. It was tiny. But I saw no reason why it couldn’t become very much larger.

At the time I invested, Betfair, though of insignificant size, was growing at sixty per cent a month. That’s what I call high growth.

In BCG’s useful – not to say stellar – vocabulary, Betfair’s exchange was a star business – in fact, a mega-star, because it was a dominant leader, and the market growth of the exchange segment (the same as Betfair’s growth) was extremely high.  BCG’s Bruce Henderson had provided one of the most valuable concepts in the world – the concept of a star business. He emphasized that all the most valuable businesses in the world were or had once been star businesses. That is still true today – with only a very few exceptions.

The number 1 (dominant market share in a niche or market) and number 2 (very high market growth) keys to success are valuable separately, but taken together they virtually guarantee success, so long as the business remains a star. I could have run number 1 and 2 together and said Star Business, but I wanted to explain them separately.

Work or invest in a young star business, and you can hardly go wrong. That’s why it took me almost no time to put a million and half sterling into Betfair. I got a return of around 40 times on that first investment. Thanks, Bruce.

Not just to boost my royalties, but for your sake, I strongly recommend you read my book The Star Principle.

As explained in Simplify by Greg Lockwood and me, the red thread running through nearly all the fantastic success stories of the last century or so is action to simplify markets and products. There are two opposite ways to simplify – the first is to price-simplify. Companies such as Ford, McDonald’s, Honda motorcycles, budget airlines – such as Southwest, EasyJet and Ryanair – IKEA, and Charles Schwab reduced the costs and prices of their products by more than half. This led to an explosion of demand and profits.

Henry Ford said of his revolutionary new car, the Model T, that “it’s most important feature was its simplicity. [I made] the car so completely simple that no one could fail to understand it. That works both ways and applies to everything. The less complex an article, the easier it is to make, the cheaper it may be sold, and therefore the greater number may be sold.”

Ray Kroc said that the McDonald brothers had created “a radically different kind of operation, a restaurant stripped down to the minimum in service and menu, the prototype for legions of fast-food units that would later spread across the land … the simplicity of the procedure allowed the McDonalds to concentrate on quality in every step.”

This involves creating a product that is useful, appealing, very easy to use, and usually aesthetically pleasing, such as the iPad – and all other Apple devices – the Vespa scooter, Google’s search engine, or the Uber taxi app.  Proposition-simplifying works when the product becomes a joy to use.

Notable proposition-simplifiers also include the Boston Consulting Group with its ‘Boston Box’ which simplified strategy and made it fun, the simplified-chipmaker ARM, Tetra-Pak, and Airbnb.

These are the four greatest business ideas of all time. But there are six more which can be used independently or in combination with one of the ideas above:

This is often part of price-simplifying – as with McDonald’s, IKEA, and budget airlines – but self-service can be a strategy in its own right.  Whole industries such as supermarkets and internet shopping have been revolutionized by self-service, but to give you competitive advantage you must innovate in a way that cannot be imitated. For example, Betfair allowed its customers to provide liquidity, set the odds, and bet against horses or sports teams, which are all forms of self-service – but only within Betfair’s own “walled garden”.

IKEA pulled the same trick – the customer replaces the salespeople, furniture assemblers, and delivery of furniture, but within a proprietary system where IKEA designs and procures the goods.

Social media such as Facebook, Twitter, Instagram and Snapchat succeed in a similar way, making the customer do the heavy lifting, which facilitates self-expression but also removes the need for the firm to provide content.

Self-service shades into subtracting something. McDonald’s subtracted the waitresses, the choice of menu, and initially even tables and chairs. Formule 1, the French budget hotel chain, subtracted lounges, concierge, room service, and twenty-four reception, to provide small, quiet bedrooms with large, comfortable beds. No-frills airlines subtracted check-in and luggage facilities, lounges, and other expensive paraphernalia. They don’t schedule long routes or use large airports, nor ticket bags through to other destinations, offer a choice of cabins, or give you complementary food or drinks. But if you book at the right time, they give you amazingly cheap flights.

Split a category into two – as Betfair did by inventing the exchange segment – or create a new kind of service, as Airbnb, eBay and social media firms have done.

Let customers tailor your offering. Filofax did this to great effect in the 1980s by allowing customers to choose and design their own contents for a personal organizer.  Again, social media take this to an extremely effective degree.

Use speed to justify a higher price tag, and/or lower product costs. Fedex did the former; fast-food restaurants, Domino’s Pizza and Belgo created very profitable businesses by compressing delivery time to customers and hence lowering their own costs.

Go little to reduce costs, and increase flexibility and convenience. Smaller need not mean higher costs, but only if you are cunning.  The reinvention of the corner shop as convenience stores and small outlets within gas/petrol stations is a good example, where economies of scale in purchasing were retained by being part of large supermarket chains. Buying chains such as Spar have long done the same thing.

You don’t have to be completely original. Stand on the shoulders of giants, and giant concepts that have been proven so well. Take an idea that’s worked elsewhere, and tweak it in a different country, town, or type of customer. It might mean a different product, service, technology, or distribution channel. If the idea has worked somewhere else, you have a ready-made template for innovation, any place, any time.

Some of the ideas and material here were used in my booklet 16x – Real Simple Innovation for 16 Times Better Results – available from www.pritchettnet.com or by calling (+1) 800 992 5922. 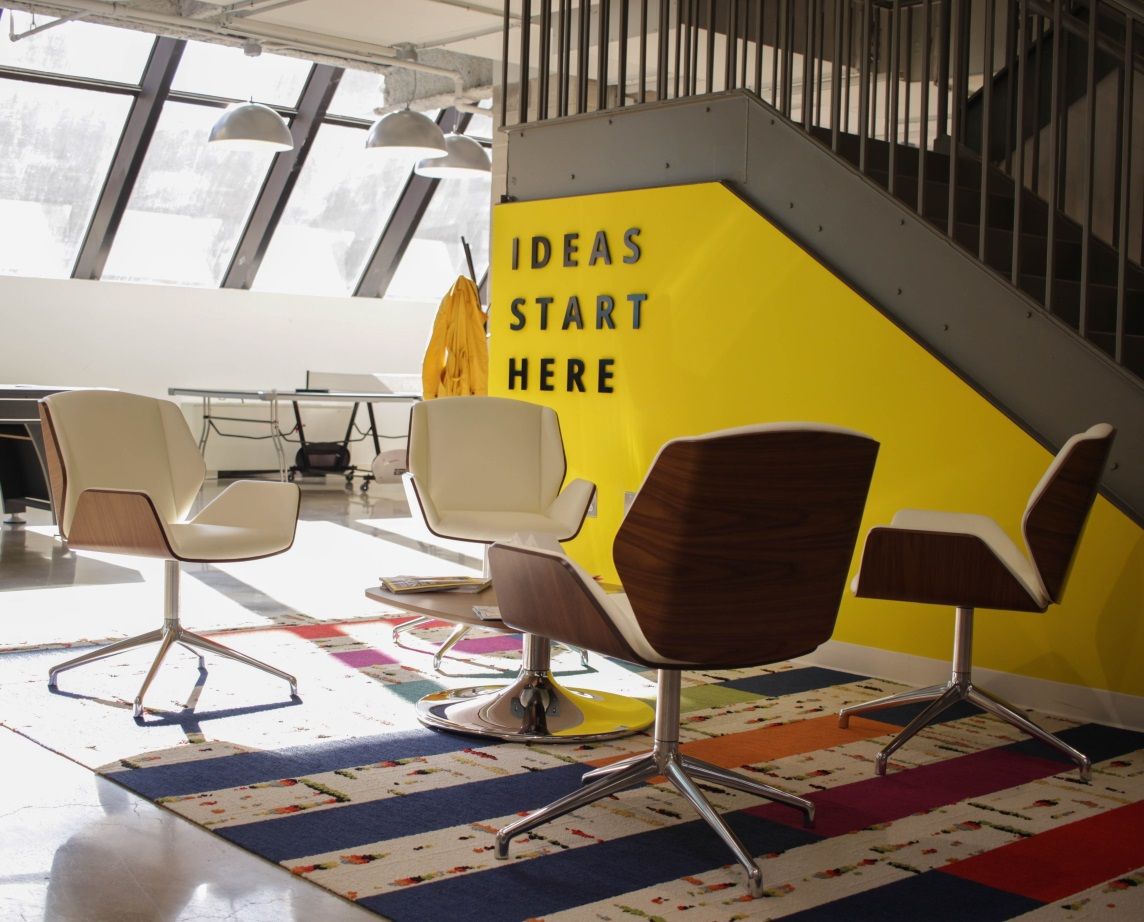