Philip K Dick’s great book The Man in the High Castle...
BOOKS YOU MIGHT WANT TO READ

I recently had a lot of interest for my post "here" about Philip K Dick’s great book The Man in the High Castle, and I’m always interested in the books that friends read, so here I’m going to give a bunch of authors and books I really rate – a mixed bag of fiction, business, and other non-fiction.

Robert Goddard is an English writer of middlebrow, mainly historical, thrillers.  I’ve read all his books and enjoyed the last one, Panic Room, very much.  On the whole, though, I think the earlier ones are better, and I commend Found Wanting, Into the Blue, and Hand In Glove.  I haven’t yet read his new book, One False Move.  His strength is intricate plotting, but he keeps the number of key characters down, so even I can follow the story.

You are probably familiar with Lee Child and his creation Jack Reacher.  I’ve read all his books and enjoyed every single one.  His dialogue is superb, and he has created a genuinely unique and fascinating character.  Plots are excellent too.  His last book was Past Tense, which was well up to standard.  If I have a criticism, it’s that some of the more recent books are very dark, so if you are squeamish read the early ones.

I like fiction which features acute social observation, and for this my classic favorites are Evelyn Waugh, Graham Greene, and George Orwell.  Amongst more recent writers, I love Julian Fellowes, best known for Snobs, though I think his Past Imperfect is even better.  Also well worth reading is anything by A A Gill, which is really travel journalism, and his novel The Angry Island, which borders on science fiction/satire and is great fun.  Sadly Gill is no longer with us.  I remember his review of my restaurant Belgo when I owned it – it was so caustic and amusing I should have framed it and put it in the reception, and invited him to lunch. A lesson not to pass up opportunities.

Time for some business titles. Generally I find these disappointing, but the ones mentioned here are well worth reading and – by far the best test of a great business book – re-reading.  I’ll start with the obvious – Nicholas Nassim Taleb.  I’ve said before that I am both a big fan, and a reluctant one.  The man clearly has a huge ego, but I detect a degree of playfulness beneath the surface of his narcissism, and he has much to be immodest about.  If the ideas are a bit repetitive, they bear repetition, because his points are so vital for both success and happiness.  The writing is sometimes lyrical, riffing away and genuinely making me laugh out loud.  The people he skewers usually deserve it.  His best book by far is Anti-Fragile – if you haven’t read it, you must.  If I have nothing to read on a plane, I take an old Taleb, and always enjoy the flight.

A book I also often re-read is Peter Thiel’s Zero to One subtitled Notes on Startups or How to Build the Future.  Thiel is a founder of PayPal and has invested in a raft of technology ventures, mainly successfully, and is a celebrity within the West Coast venture capital world.  His advice is authentic and fits my less is more philosophy – for example, he holds that the ideal board size is three, an idea that I am very taken with. He holds his ego in check a bit better than Taleb, but I like the way both of them are opinionated – and usually right.  This is essential reading for entrepreneurs and investors alike.

By far the best business book I’ve read – of course excepting my own (see what I mean about playful ego) – in the last decade is Walter Isaacson’s biography of Steve Jobs.  This is packed with insight and amusing anecdotes, and would measure up as a novel if it weren’t about a real-life person.  I re-read it often and there are some great lessons here for any entrepreneur, investor, or anyone who wants to become “insanely great” in any sphere.

Talking of biographies, I’m firmly of the view that reading them – about both business and non-business people – is the best education you could have if you are interested in serious achievement in life.  I’ve recently re-read Nelson Mandela’s stunningly well-written and fascinating auto-biography, The Long Walk to Freedom, which has made me weep – truly – at the wonderful salvation he engineered for South Africa, and at the way he has been let down by his corrupt or narrow-minded successors throughout the ANC.

Last year Mandela’s friend and accomplished statesman in his own right, South African Peter Hain, brought out a new biography called simply Mandela.  It also had me in tears – Hain comes from a different political persuasion to me, but I agree with almost every word of this book. Highly recommended.

One of the very best biographies, about an instructively dark subject, is Hitler by Volker Ullrich, available in English since 2016. Ullrich shows how Hitler, during his first twenty-five years, was a total nobody – he never held down a proper job, and never succeeded in anything. There was little to note except Hitler’s weak personality, his bottled-up anger, and social isolation.  He had no prospects, until a transformation came from like a bolt from the blue, in the shape of the First World War and its immediate aftermath in social revolution in Munich.  Hitler was transformed by discovering his ability to rant eloquently, and the power of street thuggery.  It should not have happened, and if it hadn’t, the twentieth century would have been immeasurably happier.  Still, it is the best example I have ever heard about and understood of how a person can absolutely transform their personality through luck and willpower.

Ullrich is a brilliant historian and author and I have just enjoyed his much slimmer tome on Bismarck – by far the most successful statesman of the nineteenth century and still a figure of controversy today.  I read this modern biography after reading A J P Taylor’s much older – 1955! – one, also called Bismarck.  (Incidentally, read anything by Taylor – he writes so well, gets to the heart of the matter, and is constantly provocative.) Both are required reading for anyone in or connected to the political world.  Bismarck had a unique approach for getting his own way.  Read the books to understand how to do that – not just in politics, but in business or any field where persuasion and breakthroughs are vital.

After a dose of Hitler, to avoid depression and gain uplift, you should read Churchill – either the new biography by Andrew Roberts, or the old one by Roy Jenkins, preferably both, separated by a few months without Winston’s company.  They are both superb books, yet the best bits are always the long quotations from Churchill’s own words – he was the finest wordsmith of the last century in my opinion, as well as the savior of humankind.  Without Churchill, Hitler would probably have triumphed, and we would all be speaking German – or have been eliminated.

A final biography you should read is Walt Disney by Neal Gabler.  Disney still has much to teach us, and Gabler paints a glorious picture of a super-ambitious and imaginative man, tinged and driven on by some personal disappointments and a visceral hatred of corporate politics.

I think that will do for the moment – read all the above and I’m confident you will thank me.  Oh yes, one final mention for The English & Their History by Robert Tombs.  If you are English, or want to understand the glory of England, you must read it.  It’s very long but invariably delightful, and you can dip in and out of it.  Again, highly recommended for long flights.  But buy the real book, not the Kindle edition, as the photos and illustrations are very well chosen.

If you want me to give you another selection of books to read in a future post, please let me know.  Also, if you are a kindred spirit and want to give me a list of books to read, or just one or two, that would be much appreciated. 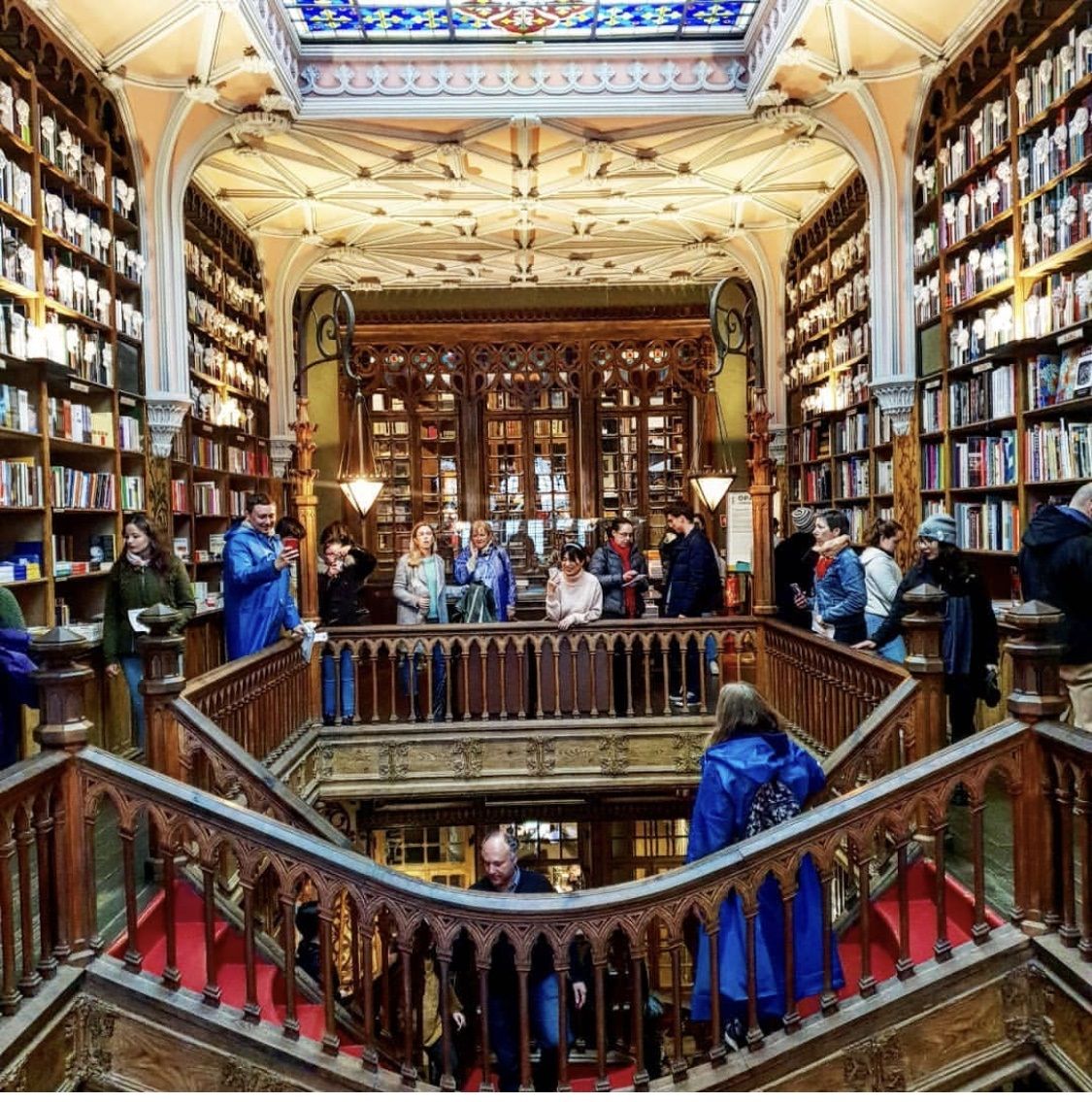