WHAT IS DIFFERENT FROM 2006?
SUICIDE OF THE WEST

In 2006 former Culture Minister Chris Smith and I argued that the West was in danger of committing suicide, but the jury was still out.  “Down one road, the road currently bearing more traffic, lies cynicism, unmitigated selfishness, indifference, re-centralization and aggression … Down the other road lies a recovery of our nerve – confidence in ourselves and our culture; emotional unity within America and within Europe, and between Europe and America, and with other European settlements, a society and civilization comprising a billion responsible individuals, bound together … by attitudes of personal striving, optimism, reason, compassion, equality, individualism and mutual identity.  Travelling this road is not that hard; but it requires a change of direction.”

In 2018, Jonah Goldberg argued much the same, but specifically in relation to American democracy – we must, he said, “keep the principles of our civilization alive by showing our gratitude for it … Decline is a choice.  Principles, like gods, die when no believes in them anymore.”

Was Goldberg justified in striking a more pessimistic line?  Are we losing the battle for Western civilization, threatened not by external enemies but by our own ingratitude?  Is the decline of America and the West inevitable?

My take is that there is a lot of disturbing evidence, including:

There has always been perhaps inevitable bias in television news, toward the sensational and violent – “if it bleeds, it leads” – which gives ordinary people a totally misleading view of how terrible modern society is – when it isn’t.  But even worse is the use of media to peddle a party line or fixation of the elite.  The British Broadcasting Corporation used to be world famous for its objectivity and balance, but on the issue of Brexit, at least, the coverage is skewed quite deliberately to the view of the BBC and other elites in parliament and the universities that implementing the popular vote of 2016 cannot be contemplated under any circumstances.

Liberal society and freedom cannot long survive a “post truth” mentality from politicians and media – once the truth cannot be recognized and celebrated, we are on the way back to the 1930s, to the triumph of Nazis, communists, and other tyrants.

So far, so bad – the West appears to be well on the way to suicide.  And yet:

If one is trying to be optimistic, however, one can view the current vile and virulent politics of America as an unhappy and probably temporary aberration.  The power of the Constitution and the independence of the three branches of government – not to mention the sheer strength of the American democratic tradition – are such that when Trump goes, and when both parties nominate sensible and inspiring presidential candidates, we may wonder what all the fuss was about.

Similarly, the British Labour Party’s embrace of a Marxist-Trotskyite junta is unlikely to result in a Leninist coup.  Either Jeremy Corbyn will be made to stand down as Labour leader – though an even worse leader, one who combines competence and political savvy with extreme views, cannot be ruled out – or Labour will lose an election badly and appoint a leader in the party’s long tradition of democratic socialism, or there will be a serious split in the party making it unelectable.

Even Brexit may be about to be ‘sorted’ – in which case the nastiness and division caused by Britain’s Europhile elites will quickly evaporate.  Or possibly Opposition parties will force a new referendum – before the first has been implemented – and Britain will either stay in the European Union or leave, and in either case the matter will be settled.  My money is – quite literally – on Britain leaving the European Union on World Trade Organization terms, and, after a few hiccups, the result being a rip-roaring success.  A successful moderate center-right Conservative Party led by Boris Johnson could be in power for a long time, and the wilder shores of right and left activism will recede.

In Western Europe the picture is mixed – France is in places a broken society, Scandinavia is mainly okay, Germany is mainly solidly, even stolidly, a tribute to civilization, Switzerland is a haven of peace, prosperity and localized democracy outside the EU, Italy and Greece have been broken on the rack of the euro, Spain has never made a proper transition to democratic values, yet Portugal, another ex-fascist polity, despite also suffering high youth unemployment due to euro, is mainly democratic and functional.  The picture in Eastern Europe is mixed but again, compared to the communist era, most countries have adapted or re-adapted well to Western values and prospered accordingly.

National characteristics and values are charmingly diverse, but generally fit well with democracy and free markets, with only the specter of “ever closer union” within a bureaucratic and undemocratic European super-state threatening to throttle the birthplace and heart of the West itself.

Given this diversity in outcomes, perhaps we should hesitate before being too dogmatic about the suicide of the West.  With a few notable exceptions, and the rumblings from centralizing Euro-maniacs, the West’s suicidal tendencies are confined largely to the US and UK, and even here they may be transient.  We can but hope.

This recalls a paradox which the great economist Joseph Schumpeter examined in the 1940s.  Although he believed in capitalism, he saw the growth of large, unaccountable bureaucracies, whether nominally in the state or private sectors, as heralding the death of individualistic family enterprise and therefore of bourgeois values, leading to a kind of creeping socialism which could, and he thought, would, succeed.

Today, we see the decline of large corporations and the rise of entrepreneurial powerhouses which have transformed the world, giving us fantastic new products which are either incredibly ingenious and beguiling, or incredibly cheap.  Yet the playthings of the new, iconoclastic billionaires paradoxically make it possible for large segments of workers, sometimes even the majority, to be trapped within the maw of the state.  If there are not enough jobs in the hugely profitable new enterprises to go around, the state and quasi-state sector is happy to oblige by creating unproductive jobs in education, healthcare, the so-called social sector, the military, and endless new environmental and regulatory agencies.

The result can be a capitalist or rather entrepreneurial economy – since many of the new mega-successful firms are not capital intensive – which allows the creation of new, unproductive, socialist sectors, which encourage dependence on the state and create vested interests inimical to free market values.  Does this trend of the free market feeding its enemies conduce toward the destruction of classical Western values?  I rather think it may, and I see no easy way to roll back the waves.

Yet this trend-gazing, however brilliant and partially correct, can lead to wrong conclusions.  After all, Schumpeter had good reasons for thinking that socialism was the future, and he was completely wrong.  From 1950 right up to today, the free market around the world has gone from strength to strength.  Bourgeois values may be unfashionable, but they are pretty strong too.  People, even those preaching socialism or some insidious ‘ism’ to their inferiors, like to make money.  Ask Tony Blair.  Ask the Clintons.  Ask Bernie Sanders. Ask the left-wing moguls of Hollywood.  Ask the bureaucrats in Brussels or Beijing.  Bourgeois values are always rife within socialist or semi-socialist elites; it is just the bourgeois contribution to the economy and society which sometimes flags a bit.

The other reason for hope is the inbuilt common sense of people in the West.  Our intellectuals and elites may be able to believe six impossible things before breakfast, but normal people cannot.

The first – and it is a realistic possibility – is that the West degenerates into a new kind of civilization: cynical, violent, crime-ridden, with authoritarian governments, a large state sector, persecution of some unfashionable minorities such as Jews, and a quasi-police state.  The free market may be allowed to persist in some form, but the spirit of Western civilization – its emphasis on freedom, individualism, and personal responsibility – will have been lost, perhaps eternally.

The second scenario is that some countries maintain Western civilization – in approximate order of probability (my opinion obviously) Australia, New Zealand, the Netherlands, Switzerland, Canada, Norway, Denmark, Sweden, Finland, the UK, Germany, Austria, and Portugal.  Others may be horribly divided or fall into the trap described above.  The United States is the most important question-mark – current auguries are not good.

The third possibility is that there is a genuine, widespread revival of belief in Western values.  This is a cause worth supporting and something that you, dear reader, can embrace enthusiastically.  If it can be saved, Western civilization will be preserved one person at a time. 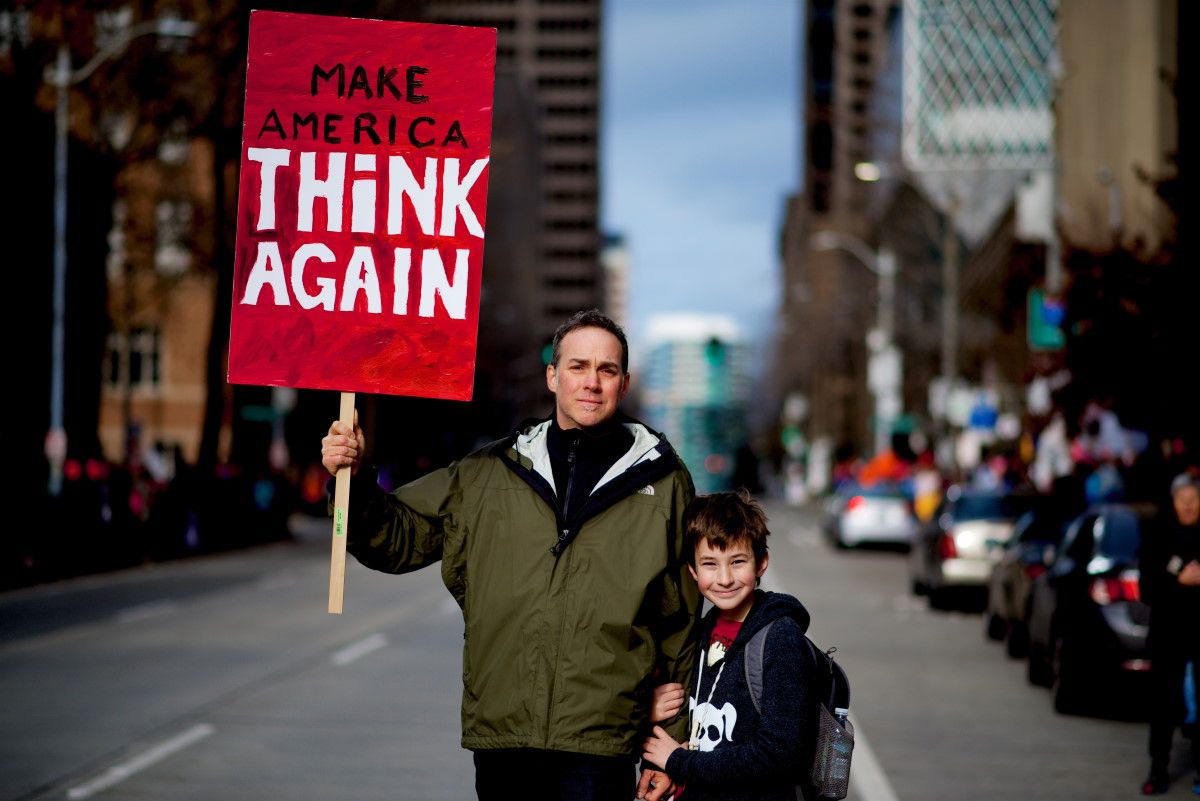