"I agree with the thesis and think it is important."Frank Field, former cabinet minister
Suicide of the West

One hundred years ago, most Westerners felt tremendous pride and confidence in their civilisation. They knew what it stood for, and they believed in it. Today that sense has gone.

That is largely because the six principal ideas which underpinned Western confidence – those of Christianity, optimism, science, economic growth, liberalism and individualism – have suffered a century of sustained attack. These ideas no longer inspire or unite the West as they once did.The contributors to Suicide of the West believe that, in theory, a more sophisticated synthesis of the six ideas could provide a way for the West to recover its nerve and integrity. But in practice? This fascinating book seeks to find the answer.

"The six factors are exactly right ... I tried to think of others, but these are the key factors and all of them are vital." Andrew Roberts, historian

"I enjoyed the well-written resume ... there is certainly room for such a book ... [especially in] America, where they like big themes and the debate is generally on a higher and broader intellectual level."George Walden, former Cabinet minister

"I agree with the thesis and think it is important."Frank Field, former cabinet minister

"Suicide of the West is a bold attempt to try to distil the essence of western civilisation."
The Business, July 2006
(John Blundell)

"We can be confident western civilisation will endure. This book will endure, too."
The Business
(John Blundell)

' A book that manages to win praise from a diverse group of people that includes Sir Menzies Campbell, Neil Knnock, Polly Toynbee, Andrew Roberts, Martin Kettle, and Simon Jenkins, must have something going for it.'
'I found myself agreeing with the main thesis even if I wanted to dispute parts of the argument. Sections of this book are..illuminating'
Church of England Newspaper, Paul Richardson, 25/08/2006
(Paul Richardson Church Of England Newspaper)

'Suicide of the West is a rather innovative approach to the genre [fantasy]. Smith and Koch have pulled off the difficult trick of telling their tale in a straight-faced, academic manner, as if they were lving in the strange land they describe and genuinely trying to find a solution to its difficulties.'
Matt Bright, Red Pepper, 01/10/2006

"...a book which garners praise from as diverse a group as Polly Toynbee of the Guardian, Neil Kinnock, Margaret Thatcher's former political Secretary Sir Stephen Sherbourne, and John Blundell of the Institute of Economic Affairs, clearly has something about it...The analysis of each factor, while pithy, typically no more than 20 pages, draws from a wide range of sources...the book as a whole is stimulating and thought provoking..."
John Hewitt, The Wadham College Gazette, January 2007
(John Hewitt) 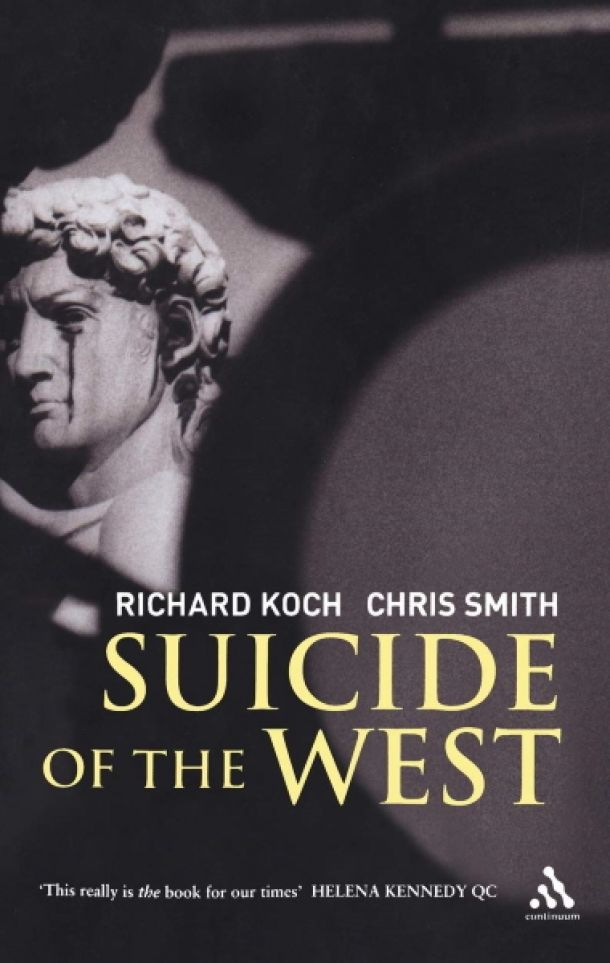 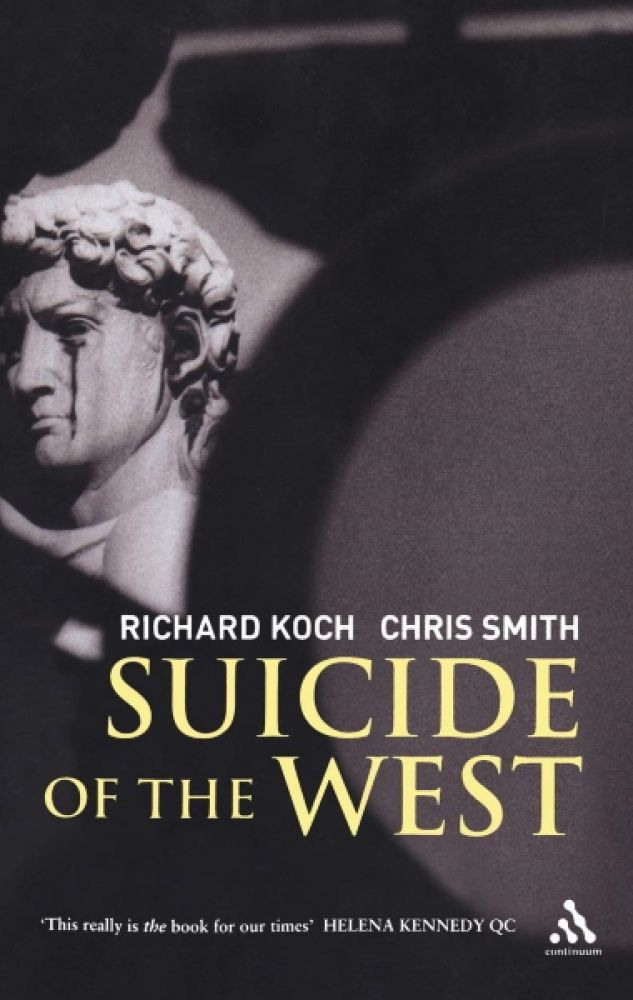