The poet Philip Larkin famously observed that sex was invented in 1963. Or rather less dramatically: So life was never better than/In nineteen sixty-three/(Though just too late for me)/Between the end of the ‘Chatterley’ ban/And the Beatles’ first L.P.
ARE WE GETTING MORE OR LESS FREE?

The swinging sixties themselves perhaps started their decade two or three years late, but then whoosh! An era of drab restraint ended and a whole new period began, nicely called ‘the permissive society’ by the Conservative MP and journalist Norman St John Stevas. The Beatles kicked it off – making pre-pubescent girls wet their knickers, combining high-grade pop music with a celebration of youthful freedom. The Beatles and all their imitators marked a new assertiveness by youth people and the death of deference. ‘What these changes had in common,’ the brilliant historian Robert Tombs says, ‘was the abolition of a rather stern, self-disciplined, prudish, male-dominated culture.’

The two big winners were young people and women in general, and particularly young women. In the UK, the wages of young people had risen by an amazing 83 per cent in the 1950s, and continued to climb in the 1960s, precipitating a new economy of pop singles and albums, drink, drugs, clubs, coffee bars, fashion, cosmetics, cinema, and cheap foreign holidays. Sex was never far below the surface. Universities and art schools boomed. Clothes became more colourful and sexy. The contraceptive ‘pill’ arrived in England in 1961, and despite restrictions was soon being used by half a million, mainly young, women. It changes the terms of trade in sex, giving women more control over their bodies, devaluing or deferring marriage, and perhaps devaluing men into the bargain. From early 1960 to early 1970, divorce tripled, as more and more women divorced their husbands.

Plays, films, books, magazines, and newspapers became vastly more interested in sex, and more explicit. Boyfriend, the first girls’ magazine devoted to sexual matters, came out in 1959. The next year, Lady Chatterley’s Lover, was prosecuted for obscenity; trendy academics and churchmen fell over themselves to defend Penguin Books for publishing it. John Robinson, the Bishop of Woolwich, explained to the jury that ‘what [D. H.] Lawrence is trying to do is to portray the sex relationship as something essentially sacred.’ The jury found for Penguin, and there were almost no subsequent similar prosecutions.

Bishop Robinson sold three million copies of Honest to God, a well-written and sincere attack on traditional religion and morality. Nothing, he said, not even sex before or outside marriage, was inherently sinful: ‘the only intrinsic evil is lack of love.’ Novelists such as Joan Collins, Fay Weldon, Iris Murdoch, and Doris Lessing began for the first time to show unmarried women enjoying sex without guilt, and getting away with it. The nuclear family mutated into something more fluid and extended. One of the big global publishing hits of 1970 was Germaine Greer’s The Female Eunuch, the first really popular and effective feminist manifesto. Kenneth Tynan outraged traditionalists with his musical, Oh! Calcutta!, the first of many plays to feature nudity and simulated sex.

Belatedly, freedom even increased for gay men. In the UK, the Wolfenden Report of 1957 recommended that gay sex between consenting adults in private should no longer be illegal. Nothing happened until the Labour Government of 1964-70, when Roy Jenkins, the great reforming Home Secretary, backed a private members’ bill in 1966, decriminalizing private consensual gay sex. Jenkins also introduced or supported relaxation of divorce laws, contraception, abortion, and equal pay for women.

Though sex was never far away, there was also a sea-change in broadcasting, still dominated by the British Broadcasting Corporation (BBC). A new, ‘progressive’, director of the BBC allowed satirical programs such as David Frost’s That was the Week That Was, which made fun of authority figures.

There are two fascinating post-scripts. Although the increase in personal freedom was hugely welcome, in my view, and long overdue, I have to say that more freedom for some people resulted in less freedom, or at least a markedly lower quality of life, for other people. The big bugbear here is law and order, above all the danger of innocent victims meeting aggression from criminals, whose numbers and violence escalated frighteningly. ‘The greatest period of social peace and stability – or authority and conformity, says Robert Tombs of the UK, ‘is the period from 1890s to the 1950s. Drunkenness, violence, crime and imprisonment all probably reached their lowest levels in history, and during the interwar years [1919-1938] twenty-four prisons were closed.’ But in the decade from 1957, crime doubled, and it doubled again by 1977. English football hooliganism became an international disgrace. In 1985, Liverpool supporters killed thirty-eight Belgian and Italian spectators in a single game.

Was increased personal freedom worth the personal and social cost?

Was the increased personal freedom worth this, and the millions of people who suffered robberies or muggings over the past five decades, and the millions more who suffered little or nothing except walking with fear, which is far from nothing itself? There is no calculus I know which enables me to say yes or no. Could we have had the increased freedom without the downside? I do not think so; and it makes me more critical of my own libertarian views, without making me want to discard them.

There is an even more intriguing question: why does increased personal freedom happen at the same time as increased personal restrictions? Changes were not all in one direction. In the UK and most other Western countries, we have seen more personal control as well as more freedom. Consider crackdowns on public drunkenness, driving with a certain level of alcohol in the blood (whether or not it causes an accident, or is even likely to), compulsory safety-belts, compulsory helmets for cyclists, restrictions on smoking in public places, ‘sin taxes’ meant to discourage certain types of behavior even if the only person harmed is the personal consumer, uneven but often increasingly draconian action against drug-taking, lower speed limits, speed bumps, police roadblocks, and vastly greater imprisonment, often of people whose main crime is their propensity to get caught, or to have none of the resources to afford a good lawyer. Even habeas corpus came under sustained attack from the Blair government, as the time allowed for imprisonment without trial was extended, especially for alleged terrorist offences. None of this increased personal freedom, except of the general public thus perhaps protected. Again, the calculus is hard, but my instinct is that many or most of these restrictive measures, especially where there is no ‘victim’ except the person prosecuted, are indefensible.

In a way, there is no conclusion, except the crabwise progress of personal freedom, two steps forward and one back. As I get older, I am more drawn to the view, essentially a conservative view, that the history and attitudes of people in any society are immensely important, for good or ill. But also to the more liberal view, that people should be allowed to decide from themselves – decide not only which government should be elected, but what they should be allowed to do personally. Culture has changed enormously in my lifetime. It has changed mainly for the better, in my opinion, but not only for the better. In a society that truly understand the nature of democracy – but how many of those are there in the world? – popular culture must rule.

For all our sakes, therefore, we should be more mindful of our own contribution to that culture; and where we think it is wrong, we should speak out without fear or favour. The price of a rich, vibrant, and humane culture is not just personal thoughtfulness and responsibility, but also widespread tolerance of opposite opinions from other citizens. It’s probably temporary, but at the moment I see little evidence of widespread thoughtfulness or toleration.

I have drawn widely from the wonderful book by Robert Tombs, The English & Their History. I recommend you read it. 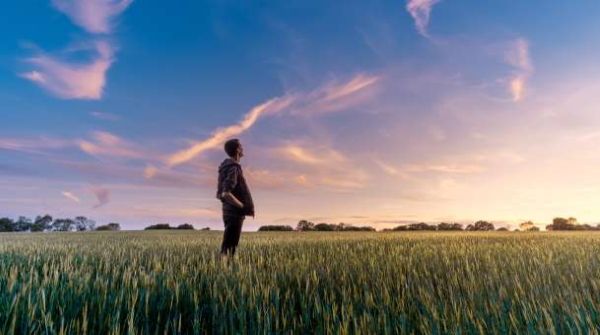