There had been nothing like it before.  In the middle of Super Bowl XVIII came images conjured up by Ridley Scott, the legendary director of Blade Runner.  A mob of skinheads in an urban wasteland pay rapt attention to Big Brother on a huge screen. But then a female athlete wearing a white top labelled MACINTOSH leaps clear of pursuing police to hurl a sledgehammer, smashing the screen and liquidating Big Brother. “On January 24th,” announces the voice-over, “Apple Computer will introduce the Macintosh.  And you’ll see why 1984 won’t be like 1984.”

Big Brother was a thinly veiled reference to IBM, commonly called ‘Big Blue’.  At the launch of the Mac, Steve Jobs attacked IBM directly: “It is now 1984.  It appears that IBM wants it all … and is aiming its guns at its last obstacle to industry control, Apple. Will Big Blue dominate the entire computer industry?  The entire information age?  Was George Orwell right?”  Jobs had the crowd of journalists and commentators hollering and cheering.  Then came a re-screening of the commercial, generating a standing ovation.  A dramatic launch for a rather special machine.

The Second Breed of Simplifiers – Proposition-Simplifiers

My last blog looked at price-simplifiers such as Ingvar Kamprad, founder of IKEA, Henry Ford, and the McDonald brothers and Ray Kroc.  They cut the price of furniture, cars, and hamburgers in half, and then kept reducing prices, creating a global mass market which had not existed before.

Today we look at the second breed of simplifiers, people such as Steve Jobs, whose obsession is not price, but rather the proposition, the product or service experience of the user.  Jobs simplified principally to make his PC better for its user.  He made a device that he himself wanted to use.  For sure, he did not neglect using simplicity to reduce costs and prices, but he did so only when it did not compromise his main objective – to make a fabulous, “insanely great” product.  He followed the path every proposition-simplifier takes:

These three imperatives enable the proposition-simplifier to make the product or service and the user experience not a little better, but at least ten times better, or something that was simply not available before – something recognizably different from anything on the market.  The Mac, the iPod, iTunes, the iPad, and the iPhone all met this criterion.  In their difference ways Uber, Google’s search engine, Betfair’s betting exchange, YouTube, WhatsApp, and in earlier times the Vespa scooter, the Sony Walkman, Tetra Pak, and the ‘Strategy Simplifiers’ Bruce Henderson and Bill Bain – all these proposition-simplifiers created something that was so much simpler to use, more useful, and more elegant than anything before, so that the new product or service became a joy to use.

To provide something that is an order of magnitude better and simpler to use is not easy.  It requires imagination, and perhaps also, like Jobs, a desire to make a product or service that you personally would love to use, but which is not currently available.

Yet the procedure for proposition-simplifying is straightforward.  Think of a market you know where the product or service is definitely not a joy to use.  At the risk of repetition – but I’m not afraid of this, because it is vitally important and has never been said before – the primary objective is to provide a joyful customer experience, via the three steps:

The Mac illustrates this perfectly.  It was the first accessible, modern PC, the first where you didn’t have to write code to get anything done.  But what was easy for the user was not easy for Apple to provide.  Writing the Mac’s software was horrendously complex.  Apple’s engineers went through hell to reach the simplicity on the far side of complexity.  And it took chief rival Microsoft another two to three years to develop a barely acceptable Windows version.  If you can’t face the fact that proposition-simplifying is hard work, and that product or service redesign will be very arduous – and that the simplifying is all for the customers’ benefit and not for yours – then it best not to start.

Summary and Conclusion on Proposition-Simplifying

The heart of proposition-simplifying is total product or service redesign – your simplifying must be radical, so that the product is easier to use, more useful, and more beautiful.

Proposition-simplifying can lead to huge increases in sales and profits, perhaps sustained over a decade or more.  Yet the greatest challenge is to stay well clear of imitators in terms of the products’ superiority.  The timescale for enjoying a secure lead appears to be decreasing, so constant innovation is necessary for sustained success.   The best route to security is to shut rivals out before they really get going and acquire the scale necessary for profitable imitation.  This requires speed.  Filling the global market with your simple product or service before your rivals means the high returns of simplifying have the potential to become astronomical, and to last.

Simplify by Richard Koch and Greg Lockwood was published by Piatkus on April 7, and is available from Amazon.co.uk 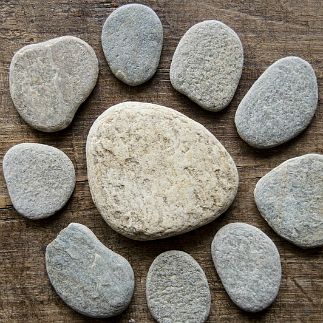