“If you are not worried, you are not risking enough.”  This is the first of the Zurich investment axioms, which I mentioned last month.

The axioms assume that you want to get rich.  The first thing to realize is that you will never get rich on wage or salary income.  You can only do it by investing, or by starting a business.

Yet even most people who save and invest don’t get rich.  The reason, according to Max Gunther, author of The Zurich Axioms, is that they don’t take enough risks.

Gunther tells the story of two college friends, Sober Sylvia and Mad Mary, who decided to seek their fortunes together on Wall Street.  After a few jobs they settled into working at E. F. Hutton, a large stockbroker.  But they had different approaches to investment.

Sylvia wanted to find a haven of perfect safety.  She sought out savings deposits which were ultra-safe with all-but-guaranteed preservation of capital and interest returns.

Mary, on the other hand, was willing to take some risks to make her little handful of cash more meaningful.

A year later, Sylvia had intact capital, some interest on top, and a cosy feeling of security.  Mary had met a stormy market and her shares had gone down by about a quarter.

The two women met regularly to discuss their investment progress.  When Mary told Sylvia of her losses, she was horrified and sympathetic – “How awful for you, Mary!”

But over lunch and a glass of wine, Mary smiled back.  “Yes,” she said, “it’s true I’ve got a loss.  But look at what else I’ve got.”  She leaned across the table.  “Sylvia, I’m having an adventure!”

By their mid-fifties, both friends had been married and divorced, and they continued with their investment strategies, respectively cautious and risk-taking.  They met each year to review their financial progress.

Sylvia had put all her spare money into saving accounts, long-term certificates of deposit, and other “safe” investments.  But the bonds had not proved as safe as advertised.  To everyone’s surprise, the low-inflation environment of the 1950s and 1960s suddenly gave way to wild rises in interest rates in the 1970s.  So bonds that paid a low interest rate, below the rate of inflation, lost a large part of their capital value.  Even the bank accounts and certificates of deposit, which kept the rest of the money intact, were no great shakes either.  The money was a little higher than put in, but the spending power had been savagely eroded by inflation.

Sylvia was saved somewhat by the house that she had bought with her husband.  After they divorced, they sold their home at a nice profit, and split the value.  Still, Sylvia was far from rich.  After the divorce she went back to the brokers to work there, and she continued until her sixties, when a modest pension kicked in.  Her net worth was not enough to carry her through her old age.  She and her cats will live out their life in a one-bed apartment that is never quite warm enough in winter.

And Mad Mary?  After a painful start, she did well in the bull market of the 1960s.  But her big coup was gold.  The price had been pegged at $35 an ounce until Nixon severed that link in 1971.  The price jumped to $40-50, but Mary was quick, buying early against the warnings of her investment advisers.  Within the decade gold hit $875.  Mary took her profit a little earlier, selling at around $600.  It was enough to make her rich.

She now has a big house, a holiday cottage, and a nice chunk of a small Caribbean island.  She quit her job, and spends a good part of the year travelling, first class of course.

It is true that Mary’s financial ups and down caused her quite a lot of worry over the years.   There were sleepless nights.  There were times she was scared.  But look what she got back.

Being worried is part of having an adventure in life.  Freud said that the search for inner peace at the expense of everything else was a poor bargain.  Such a person “has sacrificed his life. He has only achieved the happiness of quietness.”

And once you have made enough money, you need worry no more about money.

Of course, one story proves nothing.  But the truth is, fortune favours the bold.  The worst that can happen is that you lose all your money.  You are then a wage-slave.  Yet nearly everyone who doesn’t take risks is a wage-slave too.  With investments of the right type, there is more absolute upside than downside.

If you want my views on the best type of investments, read my book The Star Principle.  In a nut shell, I think the best bets are in small but fast-growing new ventures that are the leaders in a tiny niche.

Take More Risks in Life Too

What kind of risks?

Well, let’s start with your job.

Don’t make the mistake I made in my first job after college.  I joined Shell Oil.  Don’t join a big organization.  It’s probably safe and comfortable, but it’s boring as hell.  My career only began to take off when I joined a much smaller, more aggressive, more challenging company.

My advice now is the same as my investment advice – join a new company that’s very small but growing extremely fast.

Even better if it is a “network business” – one such as Facebook or Google or Betfair or Uber, where the customers themselves supply most of the growth, because a bigger network is better for everyone.  (In a future blog, I’ll explain exactly what network businesses are and why they are so good for you.)  But don’t join any of the companies listed above – it’s too late.  Join a fast-growth network business that nobody has ever heard of.

One is to move to a big city.  Now, I’m no fan of congestion, noise, or expensive housing.  But the fact is – big cities equal big opportunities.  This too is a “network effect” – there are more interesting people to meet and learn from; and the bigger the variety of people, the greater the chances of a serendipitous encounter that could change your life.

Another risk worth taking is to move to a foreign country.  You will get a new perspective on your own country, background, and assumptions.  You will meet different kinds of people.  You will see opportunities more clearly, because of the differences you now perceive.

A fourth risk is to meet people who are unlike you, who come from different backgrounds, who are richer or poorer, who have different philosophies of life, who think differently.  They can give you knowledge and insight which your friends and family never will, because they only know what you know already.

It’s a sociological fact that success is also correlated with switching jobs frequently, before you really want to.  Experimentation will show you what can really excite you, as well as provide opportunities that would not come from staying in the same place.  Each new job is a new start, a new chance to shine, a new network of people from whom to learn.

Another risk is to find out everything about almost nothing.  Obviously, make it a subject that intrigues you and about which you are enthusiastic.  Learn more about the subject than anybody else.  Apart from being fun and keeping your mind active, you may be able to make a job out of it, or start a new company doing it.

And this is the final risk I want you to consider making.  Take a risk on yourself.  You can become wonderful, generous, successful, admired, and perhaps rich.  Trust me, you can do it, you really can.  Your life is all about working out how to reach your manifest destiny of happiness and high value to yourself and other people you care about.  Work out a goal that is super-ambitious but which you really believe you can reach.

And then, I promise you, you will. 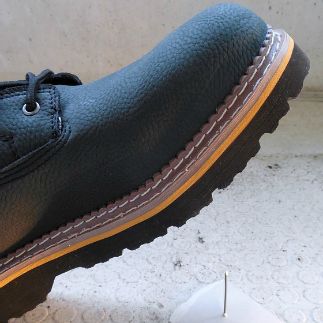