What Can We All Learn from Donald?
TRUMP HAS ALREADY WON!

Note: This post is about life and business, not politics...

Donald Trump has performed an amazing feat of reframing reality.  Now, my impression of Trump is that he is an intolerable and despicable buffoon.  But perhaps he is just a publicity-seeking rational person having an enormous joke at the expense of nearly all of us.  I don’t recommend emulating Trump, except insofar as we can all bend reality to advantages in our lives and careers.

The Donald has won because we are all talking about him – from me up to the President. As I write Obama leads the headlines, condemning Trump’s vote comments as “dangerous”.  If you are an immature egomaniac, or an entertainer simply out to increase your earnings as a “celebrity”, all this attention is enormously gratifying.  It is worth hundreds of millions of dollars, maybe billions.

You see, if Trump is a super-intelligent, rational actor, which he may well be, he has crafted for himself a fantastic each-way bet.  Either he becomes President – which is unlikely but entirely possible, given his opponent, or …

Or what?  The alternative is that Trump then turns round after a landslide defeat and says, Ha ha, I had you all fooled.  I never meant what I said, and it was so outrageous that nobody could have taken me seriously.  But you all did.

Consider debates two and three.  Trump threatens to imprison Hillary.  Not even in Africa and Asia do serious candidates say they will jail their opponent if they win.  Nor do they move menacingly behind the other candidate, or imply that he or she should be bumped off.

Then Trump says that if he loses, he may not accept the verdict of democracy.  Was he serious?  Trump is no Hitler, no Lenin; not even a pocket-size Mussolini.  He doesn’t have a huge army of thugs ready to intimidate the judiciary, the politicians, and the ethnic groups he apparently dislikes.  What if he says it was rigged?   Absent strong evidence, nobody will listen.  He doesn’t need to say anything.  But he does – to wind us all up, from the President down.  His comments may lose him votes, but what does he care?  The attention is worth it.

And afterwards, he can say he fooled us all.  He had no credentials to be President, no record of public service, no credible platform.  Yet we took him seriously.  He was deemed a better option than a whole raft of highly qualified Republican candidates, and worthy to oppose the nominee of the Democratic Party, a woman – whatever else you say about her – of enormous experience, endorsed by a fairly popular President, and carrying a name that is still an asset.  Trump went out of his way to lose the election, and it was all a big joke.

That way, he generates yet more publicity, while saving his precious ego from harm.  Nobody has ever done a Trump before on this scale.  He will even get his name into the dictionary.  To Trump – pull off an enormous hoax.  A Trump – the act itself.

What Can We All Learn from Donald?

Successful people reframe reality.  They bend reality.  People such as Trump, but also like Steve Jobs, or Abraham Lincoln, or Elon Musk.  They become successful beyond any reasonable expectation, beyond, indeed, any unreasonable expectation.  Jobs talked about the “reality distortion field”, something that a team of individuals who really believed in themselves and their project could pull off against enormous odds – against reality itself.

But there is no reality, except that inside our heads.  That may be an exaggeration – probably the sun exists, waves exist, winds exist, physical nature exists as some kind of objective reality.  But in human interactions, there is no objective truth.  Psychologists observing events have discovered that people make up what happens – they reinvent both “real” events and their memories of the events.  This is partly because what we see is “filled in” by our subconscious mind to make sense of events we can only partially observe.

In the last week I’ve been reading a remarkable book, Subliminal, by physicist Leonard Mlodinow.  It’s about the new technologies of “neuroscience”, which map what is going on inside the brain.

In the 1990s, functional magnetic resonance imagining (fMRI) emerged, detecting the ebb and flow of blood in the brain.  This new understanding of how the brain works has proved for the first time the overwhelming importance of our unconscious (aka subconscious) mind, largely validating the theories of New Age writers such as Joseph Murphy, who wrote The Power of Your Subconscious Mind back in 1963.

Mlodinow stresses the importance of self-belief, which comes from the unconscious mind.  “The greatest accomplishments,” he says, “rely on being not only optimistic but unreasonably optimist.  It’s not a good idea to believe that you are Jesus, but believing that you can become an NBA (basketball) player” – or, we might add, President of the United States – can, if truly and sincerely held, have incredible power.  “Recent brain-imaging studies … show that when assessing emotionally relevant data, our brains automatically (Mlodinow’s emphasis) include our wants and dreams and desires.”  Steve Jobs’ famous “reality distortion field”, says Mlodinow, “is a gift of everyone’s unconscious mind.”

Yet Trump shows that some people have this gift, and have nurtured it, to a much greater degree than others.  It is possible to “reframe reality” to make it suit your purposes.

I’ll end by telling an uplifting story, with which Mlodinow also closes his work.  The anecdote nicely illustrates how reality can be benevolently reframed in even the most unpropitious circumstances.

Hitler invades Poland.  A prosperous Jewish couple flee for their lives, leaving all their friends and possessions behind.  They end up in a small flat in a poor part of Chicago. The husband works in a sweatshop sewing clothes, and despite working all the hours God sends, persistently falls behind with the rent.  His wife can’t find a job at all.

One night the man came back from work excited.  There is an opening for a new seamstress in the shop.  He’s bagged the job for his wife.  She, however, says it’s impossible – as a rich young lady, she had never learned to sew.  She is clumsy, and too timid to survive in the rough world of the sweatshop.

But the man won’t be deflected.  He heroically reframes reality.  He tells his wife that above all they are survivors, who are going to be wealthy again.  They have been through hell and kept going, and will not stop now.  He will teach her how to sew right now, and the following morning they will go to work together.  He is fast and can cover for her until she is proficient.  This is their big chance to earn enough to make the rent and start saving for a better future.

“We choose the facts we want to believe,” says Mlodinow.  “It is a gift of the human mind to be extraordinarily open to accepting the theory of ourselves that pushes us in the direction of survival, and even happiness.  And so my parents did not sleep that night, while my father taught my mother how to sew.” 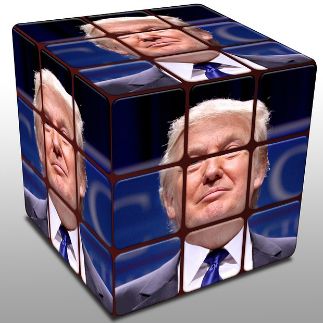