It’s not every day that you hand over a cheque for £50,000 in exchange for a ten-page essay, and feel that you have a bargain
THE NEXT BIG IDEA?

It’s not every day that you hand over a cheque for £50,000 in exchange for a ten-page essay, and feel that you have a bargain.  But I was genuinely thrilled to do this last Thursday night at a gala dinner celebrating the winners of the Richard Koch Breakthrough Prize at the Senate House of the University of London, organized by the Institute of Economic Affairs.  The young winners were Mark Feldner, a recent Cambridge graduate, and Mathew Bonnon, who is still at Cambridge, and they have come up with a corker of an idea.

The idea is local tax freedom.  They have done what I wanted in sponsoring the Prize – provided a new idea which can help those left behind by the modern economy, while also increasing freedom and community spirit.

There is plenty of wealth around in Britain and every developed country, but it is unequally distributed – and it is unequally distributed geographically.   This is particularly a problem in Britain – inequality in Britain is, to a large extent, regional inequality.  Eurostat data say that the gap between the richest and poorest regions in the UK is wider than in any other western European country. Britain is also remarkably centralized, and dominated by London, and the elites of London.  An analysis by the Centre for Cities found that the concentration of political and economic power in London is virtually unique amongst OECD countries.  This centralization has increased, is increasing, and ought to be diminished.

The joy is that there is a market solution to this.  As Feldner and Bonnon say, the free market has worked wonders in relieving international poverty and in providing excellent goods and services.  But market principles have not been applied to the last redoubt of bureaucracy, which is government itself.

The solution is to allow regions and their splendid cities to become self-governing, including having the power to set local tax rates for individuals and firms.  Ah, you say, there are mayors here, there, and everywhere, and their influence is marginal.  Precisely.  The mayors can do little because they have little money or genuine independence.  Only 5 percent of revenues are raised locally; 95 percent of taxes are centralized.  And this explains why for all the talk of decentralization, the Northern powerhouse, and so on, nothing changes.  Fiscal policy devised in Westminster might be welcomed by City firms and large corporations.  For workers and employers in Sheffield, Plymouth or Newcastle, the plans made at 11 Downing Street are less helpful.  The capital’s economic and political dominance leads to a self-perpetuating cycle, at the expense of people who are already disadvantaged.

What we need is to apply competition and choice to tax and industrial policy.  Then things can really change.

Imagine that local communities and voters could decide to lure the most dynamic industries, executives and firms away from London by providing the right market incentives and by beautifying and developing their once-great cities.  Competition, accountability and choice are the major pillars of the free economy, producing fantastic products and simplified, low-cost solutions – inexpensive cars, furniture, airfares, accommodation, clothes, computers, phones and other electronic devices, often from new, innovative firms.  The same can be done by local governments, if they compete with each other, and workers and taxpayers have genuine choice.  Local tax freedom opens the way to experimentation and rewards for the cities and regions with the most attractive tax policy, which over time will be imitated or further improved on.

Regional tax competition works in Switzerland.  Despite having only eight million people, Switzerland is divided into 26 highly independent cantons, all raising their own taxes.  It is a wealthy country and has repeatedly come top as the most economically free country in Europe.  It has some of the lowest tax rates in Europe, yet it still known for its terrific infrastructure, world-class healthcare, and responsive local administration.  The Swiss experience shows that far from triggering a race to the bottom, tax liberalization promotes efficiency, democratic accountability and the creation of wealth, as well as decent local services and a high degree of community spirit.  There are very few poor people in Switzerland.

Australia and Canada are other examples.  Why not Britain?  By decentralizing tax collection, we can empower workers in currently underperforming regions.  Cities and counties can develop their own competitive advantage, attracting talent and investment.  Maybe local tax freedom can be the next transformative stage in the history of ideas.

This blog was first published by CityAM on April 7, 2017.  I was the sponsor of the Richard Koch Breakthrough Prize organized by the Institute of Economic Affairs (IEA) in London. 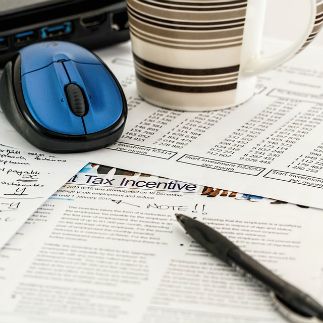