It is in our nature to be dissatisfied with life and to look for improvements, both for ourselves and for society. That is good.
7 REASONS TO REJOICE

It is in our nature to be dissatisfied with life and to look for improvements, both for ourselves and for society.  That is good.  But it is also sometimes good to look back on the past and realise that we live in the best times that have ever existed, only to be bettered by the future, to which we should march confidently forward.

It’s easy to forget what it was like two or three generations ago.  I was privileged to listen recently to a speech by Mark Littlewood of the UK’s Institute of Economic Affairs.  “Britain in 1937 was a much better place than it had been in 1900,” he started, “but was still a pretty dire place.  Life expectancy was under sixty for men, and less than sixty-five for women.  Although 245,000 slums had been cleared since 1930, more than a million people still lived in dank, overcrowded homes.  A third of them were not even wired for electricity, while two-thirds of poorer families still had to heat their water over an open fire.”

“About a quarter of British families were able to afford to buy their own home, compared with two-thirds today.  Less than a fifth of school students stayed in education beyond the age of sixteen.”

The improvements since have been seen throughout the world.  The average person in South Korea lives twenty-six more years than in 1955, and earns fifteen times more money even after adjusting for inflation.  People in China are seventy-seven times richer than in 1960, and live 30 years longer.  The most dramatic improvements have come when countries such as China, South Korea, and India embraced a free market system.

Since 1800, the world’s population has multiplied by six, yet average life expectancy has more than doubled, and incomes have risen more than nine times after adjusting for inflation.  In 1820, more than nine out of ten people on the face of the earth were living in poverty; in the last twenty years alone, the poverty rate has declined by two-thirds, and now only one in ten people lives in absolute poverty.

As Charles Murray tells us, there was very little choice in America in 1963.  For most viewers, there were only four television channels, and if you happened to live in Austin, Texas, there was only one – the monopoly owned by Lady Bird Johnson.  Pop music had a single Top 40, covering all kinds of music.  There was no nationwide chain of bookstores; they were few and far between, and most had only a few hundred titles. There was no Amazon, no DVDs.  Nearly everyone in the US drove an American car – foreign cars were either very expensive, or else shoddy.  Nope.  The choice was a car made by Ford, American Motors, or Chrysler.

And there was very little choice in food.  In the typical American city of 1963, Murray tells us, you might find “a few restaurants serving Americanized Chinese food, a few Italians restaurants serving spaghetti and pizza, and a few with a French name, which probably meant they had French onion soup on the menu.”  No Thai restaurants at all.  “Sushi?  Raw fish?  Are you kidding?”  Unless you lived in California or were very lucky, there were no fast food restaurants either.

Before the 1970s there were no budget airlines.  The scheduled ones were shockingly expensive by today’s standards and their service was terrible.  Very few Americans travelled abroad and for most people on the planet the airplane might just as well not have been invented.

If we go further back, into the nineteenth century, a decision even by a rich person to emigrate was generally irrevocable – most emigrants would never see their homeland or their wider family and friends ever again.  Someone sailing from the UK to Sydney or even Cape Town would likely never see Piccadilly Circus again.  Today I can get on a plane in the evening in London, have a drink and dinner, go to sleep, have breakfast, and get off in Cape Town shortly after.  And of course I can come back whenever I want, taking just eleven or twelve hours, and also in comfort unimaginable before the twentieth century, and at a cost that would have seemed trivial in times past.

The availability of cheap travel, and the explosion in tourism since the 1970s, have their downsides, but on balance it has been a massive force for good, enriching the lives of hundreds of millions of people and increasing understanding of people from formerly exotic and strange places.  Inexpensive – and via Skype, free – international communications have also connected vast numbers of people who just a generation ago could not afford to speak to friends and family.  I can remember when a phone call between London and New York cost more than a three-course meal at the Ritz.

In 1750, the French philosopher, Denis Diderot, started work on his Encyclopédie, inviting famous authors and obscure tradesmen to contribute articles, with the vision of making every branch of knowledge readily available to anyone who could read.  In 1772, after huge efforts and obstruction by the French authorities – who disliked its criticism of the Church and King – the final volume rolled off the press.  The effort nearly killed Diderot.

In 2001, Jimmy Donal Wales had the bright idea of a free, multilingual, online encyclopedia.  The idea was the same as Diderot’s, but the internet made it a relatively painless and much more effective project.  Diderot at first had around a hundred collaborators, though most of them fell away when the State started persecuting them.  Wales has around 200,000 collaborators writing articles.  Diderot had to find, cajole, and pay his partners.  Wales is able to use people he never knew existed, without paying them a penny.  Diderot’s product reached a few thousand users.  Wikipedia reaches hundreds of millions.

Anyone who wants knowledge today can find it freely available on the web, from a huge variety of sources.  This is an epoch-making change which vastly increases opportunity.

As Steven Pinker showed definitively in his book The Better Angels of our Nature, subtitled The Decline of Violence in History & Its Causes, violence and war are far less likely to ruin our lives than if we lived in the past. Because they don’t read history, most people don’t believe this. But Pinker shows beyond any doubt that violence has declined, whether we look over millennia or centuries or the past few decades.  “No aspect of life,” he says, “is untouched by the retreat from violence.  Daily existence is very different if you always have to worry about being abducted, raped, or killed, and it’s hard to develop sophisticated arts, learning, or commerce if the institutions that support them are looted and burned as quickly as they are built.”

Because of 24/7 news where “if it bleeds, it leads”, most people believe that our world is “a nightmare of crime, terrorism, genocide, and war”.  The facts are quite different.  We live in “a period that, by the standards of history, is blessed by unprecedented levels of peaceful coexistence.”  That could all end, of course, but we might as well recognize the truth and enjoy it.  Not being conscripted to fight in a foreign war is one of the great blessings of most people in the West today – one that did not apply to my grandfather and great-grandfather.  War can be romanticized, but it destroys lives like no other force.

Though many people live under oppressive states, their reach has been greatly curtailed by the collapse of the USSR, the spread of liberal democracy, and the gradual reduction of totalitarianism and gulags in China.  In the West, the death of deference was marked by the emergence of the Beatles, the “swinging sixties”, and satirical television.  The spread of sexual freedom has transformed life for women and gay people.  And everyone can rejoice that there are more fish in the sea – because there are more people and they travel more.

I don’t say it’s easy to get rich, just that it’s easier than it used to be.  I was astonished yesterday to read the following paragraph about John Maynard Keynes, the greatest economist of the twentieth century and, when he was alive, the cleverest person in England:

He very successfully managed the investments of Kings College, Cambridge, and made a fortune from stock investing.  On his death in 1946, caused by heart failure and the stress of negotiating post-war terms for Britain, he left an estate worth £479,000, or around £18 million in today’s money.

This comes from Tom Butler-Bowden’s terrific book 50 Economics Classics.   Why was I shocked?  Because Keynes must have been one of the richest men in the country when he died.  And yet £18m is a small fraction of the wealth now required to come in the richest thousand people in the UK – at £18m, Keynes wouldn’t even be in the top five thousand.

There are many reasons why it’s easier and faster to make money these days, not least from being an entrepreneur in an online business with strong “network effects” such as Facebook, Google, Amazon, or eBay.  Once you understand how networks work – simple answer: they get more geometrically more valuable once they get bigger – you have a shot at becoming a billionaire yourself. 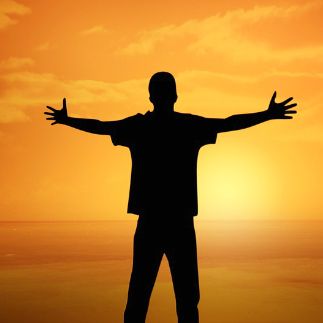