I believe future history examinations will contain this question: “Explain how it was possible for Donald Trump to become President of the United States.”  There are all manner of political answers to this question – for example, the fact that Trump identified a new constituency, the socially disengaged; the weaknesses of Hillary Clinton and of Trump’s opponents for the Republican nomination; and many, many more.  But I want to exclude all such considerations to concentrate here on the power of Trump’s mind, both his conscious and unconscious mind.  It may or may not turn out that Trump is incredibly unfitted to be US President; but the truth is that he was unbelievably well fitted to actually attain that office in the first place.  His mind did everything right to make himself President.

By the way, this is not a political post.  Trump is just an illustration, though a magnificently good one, of the power of the unconscious mind.  I have used that power myself, and believe it has made me both happy and successful.  But I’ll come to that later.  My intention in writing this is not to brag – I am actually very sheepish talking about myself, and clear that it is not any talent that has won through – but rather that you, the reader, should be made fully aware of the power of your hidden friend.

To set the context of Trump’s achievement, consider that bookmakers, generally good readers of the runes, once offered odds of eight hundred to one against Trump making it to the White House, and then as they slashed the odds time and time again, they still ended up with an unbalanced book and lost a fortune on the race.  Even days before the election, and even when it was in play, you could get odds of three or four to one against Trump – as I did, taking most of my bets at nine to two against.

The bookies weren’t stupid, and neither were the experienced big gamblers on the betting exchanges, which also consistently understated the chance that Trump would win.  Trump had no experience of public office at all; his personality was a big turn-off for millions of people; he spent less on the election than his opponents; and the whole Republican establishment – for good reasons – was aghast at the idea of President Trump.  He was eloquently denounced by Mitt Romney, the former Republican contender, who had done well against a popular incumbent President (though you have to wonder why Mitt, who still does not lack ambition, did not run against Trump).  There were literally millions of good reasons why Trump should not win.

Trump won not because populism was in vogue, or for any other extrinsic reason related to the United States and its politics.  Trump won because of Trump.  He won partly because he used his conscious mind cunningly, with a brilliant campaign based entirely around Trump himself; but mainly because of the power of his unconscious mind.

The Power of Trump’s Conscious Mind

Let’s deal first with the conscious part of Trump’s strategy.  As psychologist Robert Cialdini has shown, Trump overcame the problem that he was not really a legitimate – experienced – candidate by focussing on his success.  Initially this was Trump’s business success – which I believe was probably greatly overstated – in a country where making money is held in more esteem than anywhere else in the world.  Then, in the televised debates of Republican candidates, Trump made sure that he got more air time than anyone else, mainly by being rude, obnoxious, and impossibly controversial.  Anything to appear to dominate the debates.  The media loved it, or loved to hate it.  So too did America’s small but vocal political left.  All wonderful grist to the Trump mill. If he got so much attention, Trump must be important, and a viable contender for the top job.

Cialdini points out that President Obama used a similar though much more muted way to legitimize himself in both his campaigns.  Obama too started out as an outsider, so he went out of his way to publicize all the money his campaigns received in donations, especially the number of contributors.  As Ciadini says, “Trump doubled down” on this tactic.  “At his events, he would instruct the television cameras to turn around and look at the size of the crowd.  The multitude was the message.”

The social proof was that if lots of people were supporting Trump – or Obama – he must be a sensible candidate.  If Trump was always on television – free of charge, courtesy of the networks – then he must be someone you could vote for, despite his outlandish views.  “It’s not an information war,” says Cialdini, “it’s an attention war.”

The media and Trump’s opponents rose to the bait every time Trump said or did something outrageous.  Paradoxically, the more unorthodox and out of line Trump became, the more attention he got, and therefore the more legitimacy.  He was applying a strategy that previously had been monopolized by pop stars and television “celebrities”, famous for being outrageous, and therefore famous for being famous.  (In some cases, the music helped too, but sequentially it came second.)

The Power of Trump’s Unconscious Mind

Robert Cialdini has captured an important component of Trump’s success.  But neither he nor anyone else that I am aware of has enunciated the main reason why Trump – a completely unviable candidate – became viable, indeed became President.

The reason is the power of the unconscious mind.  Trump would never have become a candidate, and he would never have become President, if Trump had not been able to imagine that he could – indeed that he would.  You can view Trump’s self-belief and self-aggrandizement as an act of enormous effrontery, as essentially a con-trick.  But I don’t think you would be right.  Trump really did believe in himself – and despite all the battering he has, not surprisingly, taken since becoming President, I think he still does.  And because he imagined getting the keys to the White House, because he thought he really would, this unconscious and quite genuine belief communicated itself to tens of millions of voters, to the leaders of the Republican Party, to the media, and, much later, to the incredulous world outside the United States.

Of course, this is a hypothesis.  There is no way that I can see inside Trump’s mind, and frankly I wouldn’t want to – I am really squeamish.  But it is not “just” a hypothesis.  It is also backed up by the last forty or so years of research in neuroscience.  The unconscious mind – the hidden friend that we all have – is much more powerful than the conscious mind and can indeed move mountains.

What the Neuroscience Experts Say

The professors struggle a bit to find appropriate explanations and metaphors for the relative importance of the conscious and unconscious mind.

Leonard Mlodinow of the California Institute of Technology says

What has become abundantly clear is that ... it is the unconscious tier that is more fundamental … while the conscious can be considered an optional extra … our unconscious is what allows us to survive in a world requiring such massive information intake and processing …

Some scientists estimate that we are conscious of only about 5 percent of our cognitive function.  The other 95 percent goes on beyond our awareness and exerts a huge influence on our lives – beginning with making our lives possible.

… No matter what you are doing with your conscious mind, it is your unconscious that dominates your mental activity.

David Eagleman, professor of neuroscience at Baylor College of Medicine, Houston, says that the brain is “three pounds of the most complex material we’ve discovered in the universe.”  But the unconscious is the secret, dominant part of the brain:

… most of what we do and think and feel is not under our conscious control.  The vast jungles of neurons operate their own programs.  The conscious you – the “I” that flickers to life when you wake up – is the smallest bit of what’s transpiring in your brain …

Your consciousness is like a tiny stowaway on a transatlantic steamship, taking credit for the journey without acknowledging the massive engineering underfoot …

Our brains run most on autopilot, and the conscious mind has little access to the giant and mysterious factory that runs below it …

Consciousness developed because it was advantageous, but advantageous only in limited amounts. The conscious mind is not at the centre of the action in the brain; instead, it is far out on a distant edge, hearing but whispers of the activity.

… The brain runs its show incognito …

Almost the entirety of … your mental life is not under your control, and the truth is that it’s better this way …

The conscious mind is not at the center of the action in the brain; instead, it is far out on a distant edge, hearing but whispers of the activity.

Finally, Timothy D. Wilson, Professor of Psychology at the University of Virginia, writes about the unconscious:

A picture has emerged of a set of pervasive, adaptive, sophisticated mental processes that occur largely out of view.  Indeed, some researchers … suggest that the unconscious mind does virtually all the work and that conscious will may be an illusion … Freud [said] that consciousness is the tip of the mental iceberg … it may be more the size of a snowball on top of that iceberg … just as a jumbo jetliner is able to fly on automatic pilot with little or no input from the human, “conscious” pilot.

The way to attain an apparently unreasonable and improbable goal is to train yourself – especially your unconscious mind – to believe that it is possible, that it is going to happen.  If you can do that, the unconscious will move heaven and earth to see that it does.  That is the real significance of Donald Trump.  In my next post, I will show how you too can tap the devastating power of the unconscious mind.

I am grateful to Marx Acosta-Rubio for drawing my attention to the work of Robert Cialdini.

I am currently planning to devote my next two or three blog posts to how readers can train their unconscious mind to make you happier and more successful.  Please let me know whether you want me to do this. 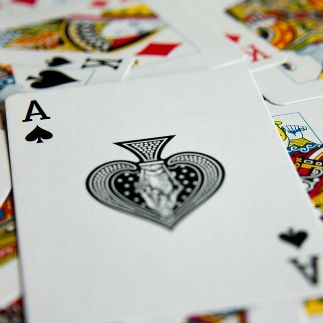