This week I got a surprise – apart from breaking my arm in a cycling accident in Lisbon.
FOUR WAYS TO BE HAPPY (AND ONE THAT WON’T WORK)

This week I got a surprise – apart from breaking my arm in a cycling accident in Lisbon.  The more important and lasting surprise came from re-reading Charles Murray’s splendid 2012 book Coming Apart.  The book is a convincing and depressing account of how the values and lives of the upper and lower classes in America have diverged since 1963.  But then along comes a really fascinating chapter about happiness, which I think can help make anyone substantially happier.

And it’s all based on US social science data, starting with self-reported happiness.  Between 1990 and 2008, whites in their thirties and forties were asked “how happy are you” and were offered three possibilities – very happy, pretty happy, or not too happy.  Murray argues that only the first answer genuinely indicates happiness – the second might mean, “I’m doing OK, can’t complain”, or “could be worse”.  Just under a third – thirty-one percent – said they were very happy.  Such happiness was highly correlated with just four factors, of which the first two were the most important and about as vital as each other.

The surveys asked “on the whole, how satisfied are you with the work you do?”  There was a strong relationship between work satisfaction and happiness:

When thinking about what makes people happy, we should think in terms of vocation instead of job.  It is not being paid that generates deep satisfaction, but rather the feeling of doing something both useful and fulfilling.

It is possible to be dissatisfied with work and very happy, but the odds are against it.

“The relationship of marriage to happiness,” says Charles Murray, “is simple as can be.  There’s hardly anything better than a good marriage for promoting happiness and nothing worse than a bad one.”

The data bear this out:

So, marriage is a gamble, but the odds are quite good.  Note, however, that correlation is not causation.  To some degree happy people self-select into marriage and unhappy people self-select out of it. Still, the chances of being very happy are hugely improved by a happy marriage or long term relationship.  I think the action implication is clear – only enter a committed relationship if you are confident you can be very happy in it; and work very hard to make the relationship work well.

The surveys use several indicators to score social capital:

PERCENT WHO SAY THEY ARE VERY HAPPY

Clearly being involved with other people – and also data not shown here on social trust, the extent to which we trust neighbours, co-workers, and people we meet in daily life – have a strong relationship with happiness.

The last of the four important influences on happiness – although less vital than the other three – is attendance at religious services:

Putting the pieces together

Someone aged 30-49 who is unmarried, dissatisfied with work, with low social trust and no faith can be very happy – but the chances are only ten percent.  If that person either has a satisfying vocation, but none of the other four attributes of happiness, the chances double to around nineteen to twenty percent.  About the same is true if the individual has a happy marriage but none of the other three attributes.  The big jump in happiness comes if the person has both a good vocation and relationship – the chance of their being very happy soars to fifty-five percent! Adding in high social trust takes the probability to sixty-nine percent, and in addition religious involvement takes the odds up to seventy-six percent.

The way to be happy that DOESN’T work

Many people – probably a majority of people who aren’t rich – believe that money leads to happiness.  Here the data are paradoxical, yet the conclusion is clear – it doesn’t.

At any moment in time, rich people say that they are happier than poor people say.  It is also true that moving from poverty to a modest but reasonable income makes people happier.  Yet, people do not become happier when they go from modest income to affluence.

The reason for this apparent contradiction is that the qualities in people who are satisfied with their vocation and relationships, and who have good community involvement (and/or participation in religious services) and social trust, are also the qualities which tend to make people successful.  People are rich because they are happy far more than they are happy because they are rich.  Music and film producer – and billionaire – David Geffen once said in a television interview, “Show me someone who thinks that money buys happiness, and I will show you someone who has never had a lot of money”.

Can the poor be as happy as the rich?

It is very telling that people who are high on the four attributes of happiness have the same probability of saying that they are very happy regardless of whether they are at the top or bottom of society.

There is a big ‘but’.  On the whole there is a big gap between the upper and lower classes in terms of happiness, and the gap is growing. Charles Murray reported separate data for two constructed communities – an upper class one he called Belmont, and a lower class one he called Fishtown.  In 1970 half of the Belmont residents said they were very happy. By 1980 this proportion had fallen to around forty percent where it remained until the end of the surveys in 2010.  But the number of Fishtown residents who were very happy in 1970 was only thirty-five percent – fully fifteen percent lower than in Belmont.  By 2010, those in Fishtown saying they were very happy had plunged to only sixteen percent.  To understand why, you need to read Mr Murray’s gripping book! 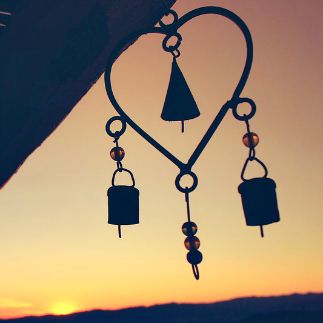