“Network society represents a qualitative change in the human experience”

Why does the 80/20 principle work so well and so well everywhere?  When I first wrote the first edition of The 80/20 Principle back in 1997, I didn’t know the answer.  I quoted economist Josef Steindl – “For a very long time, the Pareto law has lumbered the economic scene like an erratic block on the landscape – an empirical law which nobody can explain.”

But now I think can explain it, and that excites me.

It’s the ever-expanding power of networks.

The number and influence of networks have increased, are increasing, and as far as I can tell, will never be diminished.  Not, at least, in my lifetime.

As Manuel Castells says, this marks a profound change in human existence.

Since about 1970, the change in the incidence and power of networks has accelerated and become dramatic.

Consider the speed with which Amazon, Google, Facebook, Airbnb, and Uber have become so unimaginably valuable.  These are all networks, or have networks nestled with them.  They are also natural monopolies.

Networks are the most characteristically 80/20 type of organizations.  It’s vital we understand networks, and how to turn them to our advantage.  Otherwise, we won’t appreciate or benefit from the most far-reaching change in business and society happening in our lifetimes.

“The network,” says Kevin Kelly, former editor of Wired, “is the last structured organization that can be said to have any structure at all.”

Facebook and Twitter are networks; so are terrorist organizations, gangs, political parties, football teams and their supporters, the internet, the United Nations, a group of friends, and the world’s financial system.

How are networks different from ordinary organizations – including the large majority of companies?

Well, ordinary firms can’t grow much without initiative from the top of those organizations.  It requires a lot of planning and careful implementation.

But networks are different.  Their growth comes not from within the organization (if there is one), but from outside.  The network grows as a result of spontaneous, unplanned action by the network members themselves.  A bigger network is exponentially more valuable to the network members, so they make it grow, by using it more and encouraging their friends to join.

I saw this in action when I invested a relatively small amount for a ten per cent stake in Betfair, a fledgling “betting exchange” – a miniature network at the time, where bets were and are struck between network members, not with Betfair itself.  The network was tiny and the company couldn’t afford any sales and marketing money.  But the members of the network were so keen to be able to bet in bigger and bigger amounts that they brought in new members all the time, and as the total amount bet within the network grew, so too did its value to the gamblers – as well, of course, to Betfair’s lucky owners such as me.  In the early years, Betfair grew at 30-60% every month.

A network is different also in this – its value to its users grows as the network grows.  This is quite different from an ordinary business.  I don’t care whether most firms I buy from are big or small.  But with networks, it’s different.

So if you put together these two points about networks – the growth coming easily and rapidly from member activity; and the exponential increase in value coming from growing in size – we reach a third characteristic.  Network organizations can gain value astonishingly fast, far more rapidly than other organizations.

There a fourth and final reason why the number and force of networks have proliferated – the fuel driving networks is information.  Networks multiply, become denser, and more rewarding for everyone concerned as information technology – in the broadest sense – expands its reach and capabilities, and decreases its unit costs.  App-based firms such as Airbnb and Uber, for example, just could not have existed in their current form without the invention of the smartphone.

We really are in a brave new world – but one where the upside for those who understand network effects and 80/20 is massive.  Are you ready for that?

This blog is partly based on new chapter 17 of the third edition of The 80/20 Principle. 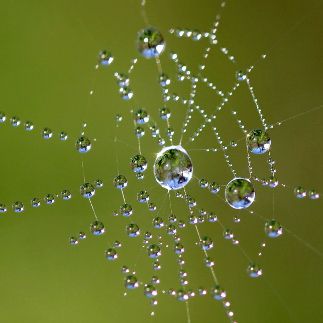