NOT SO VERY long ago, in 2007 actually, the world of mobile phone makers was placid and predictable.  It was typical 80/20.  There were lots of phone manufacturers, but five of them – Nokia, Samsung, Motorola, Sony Ericsson, and LG – had 90 percent of worldwide profits.

Between 2007 and 2015, everything changed, courtesy of an entirely new entrant.  Apple with its iPhone not only reached the top table, but like Jesus in the temple, overturned the tables of the existing traders and drove them away.  By 2015, Apple had grabbed 92 percent of profits, leaving the former leaders to fight over the crumbs.  Four of the five former leaders are now making losses.

It was not just the winner that changed, but the whole way of winning.  Apple had a network business – none of the others did.  Steve Jobs didn’t just want to sell phones to customers like the other firms.  He wanted to connect app developers with app users.  Just as the Betfair network has connected gamblers with other gamblers taking a different view of likely outcomes to events such as horse-racing or football.  The app developers don’t need to know who their customers are or recruit them, because Apple already has potential app customers – everyone using an iPhone.

Apple has a ‘platform’ – the phone itself and its associated intellectual property. A platform can generate huge profits for its owner.  Network effects drive phenomenal market growth and a profit explosion for the network owner.

This was the second time Jobs had hit the jackpot with a platform business.  The first time was with iTunes.  In 2003 the music industry was in meltdown.  Sales of CDs were plummeting as shadowy internet sites such as Napster and Kazaa offered songs for little or nothing.  Record company executives were tearing their hair out.

Into this chaos and devastation stepped Jobs, a genuine music lover.  It was all very well, he said, to take free downloads, but they were unreliable – “a lot of these songs are encoded by seven-year-olds, and they don’t do a great job.  Worst of all, it’s stealing.  It’s best not to mess with karma.”

By persuading enough record companies and artists to participate, the iTunes store opened with 200,000 tracks, each of which could be owned for 99 cents.  A download from the pirate sites took fifteen minutes, but iTunes did it in just a minute.  Eddy Cue, the boss of iTunes, made the bold prediction he would sell a million songs in six months.  It took just six days to hit that target.  And Apple made 30 percent of all sales revenues just for owning the platform.

What’s the trend to network businesses got to do with the 80/20 principle?

The 90/10 world has three interrelated and compounding trends towards ever-greater business concentration, especially concentration of profits within fewer and fewer hands:

If I had known when I started my career how wonderful small, fast-growing network businesses could be, I would never have worked in any other kind of firm.   Now you know, do you want to make that resolution? 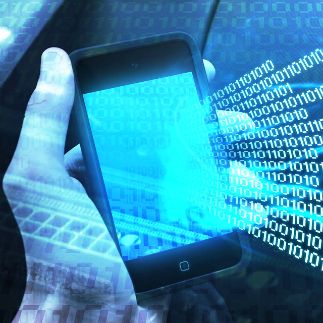