Our emotions are not really “us”...
ARE EMOTIONS US?

The psychiatrist Prof Steve Peters – as he calls himself, with a nice blend of authority and informality – has suggested that our emotions are not really “us”.  In his excellent bestseller, The Chimp Paradox, he presents a simplified model of the human mind, which “has two independent thinking machines” – the human and the “chimp”.  “The human,” he says, “is you, and lives in your frontal lobe”.  But “The Chimp is your emotional machine, given to you at birth, and it lives in your limbic system.”  He says clearly “there are two brains operating within your head and only one of them is you.”

This simplification is a stroke of genius, which can help us deal with unwanted emotions.  Some years ago I wrote that we often need to “have a cup of tea with our emotions” – which means taking full account of them, listening to them sympathetically, but viewing them dispassionately, understanding their point of view, but not necessarily acceding to it.  By examining our emotions – particularly those such as anger and insecurity, which often hurt rather than help us – we can decide whether to go along with our emotions, or gently  side-line them.

All this is extremely helpful, and Peters says it much better than I ever have – and to far more people.  Yet I’d like you to ask yourself two questions:

Are Your Emotions Really ‘Not You’?

I believe Prof Peters has made a theological rather than medical or scientific distinction in separating the human – the real you – from your emotions.  The human, he says, is rational, works with evidence, takes events in context and with perspective, and has room for shades of grey and balanced judgment.  The chimp, by contrast, jumps to an opinion, thinks in black and white, is paranoid and catastrophic, irrational, and judges emotively.  Now, although the Prof concedes that some emotions are useful, what I think he is really doing is dividing the ‘good’ side of our being from its ‘less good’ side.  Reason is good, and intrinsic to your existence as a human being.  Emotions are bad, and not the real you.

This lets us off the hook, because we can have a view of ourselves that is fundamentally benign.  This in turn enables us to improve ourselves, by keeping our chimp in its box.  If we believe we are fundamentally good, it becomes easier to behave responsibly and well.  The chimp’s agenda is perpetuation of the species and self-survival.  The human, by contrast, can have a self-agenda and a social one.  The human is responsible for managing his or her impulsive, emotional chimp, and doing so effectively “will be one of the biggest factors determining how successful you are in life.”

This seems to me an interesting variant on how most religions, especially Christianity, have characterised the human condition.  Saint Paul, for example, believed that humans were inherently sinful, and that it was only by tapping the grace of God that we could do anything worthwhile. Modern psychology has realized that telling people they are inherently good leads to better results than saying they are inherently bad.  Our expectations of ourselves are very powerful, so if we believe we can do good things, and naturally want to do so, we are more likely to succeed in doing so.

The danger with this approach is that it could lead to “licence” – the belief that anything we do is justified, regardless of the consequences for other people.  But Prof Peters has the solution to this – we are responsible for managing our chimp, and should want to do so, for our own good and that of society.   This seems to me suspiciously like Saint Paul’s view that those who are “in Christ” will not abuse the grace and power of God, because they will naturally want to do what is right.  The only difference is the enabling agency – not the power of God in Christ, but modern psychology revealing our true nature.

Yet, the modern psychological view may seem more scientific, and therefore be more saleable.

My only complaint is that it is not true.

Why should our reason be more “us” than our emotions?  Are reason and emotion not two sides of the same coin?  One represents our conscious mind, and the other our unconscious mind.  The essence of being human, it seems to me, is the combination of these two sets of attributes.

If we were purely rational creatures – from the Stars Wars planet of Doctor Spock, but without Spock’s human and emotional side – we would be incapable of intuition, creativity, love, and hate.  Would that be an advance?

I think not, and am going to call as my next witness another professor working in the same broad field as Prof Peters.

Would you be better off without emotions?

Timothy D. Wilson, Professor of Psychology at the University of Virginia, in contrast to Prof Peters, sees the unconscious mind as the greatest human asset, precisely because of its deployment of emotions and feelings:

In many hackneyed works of science fiction, human emotions are treated as excess baggage that get in the way of efficient decision-making …

The irony of these stories is that they under-estimate how valuable feelings are to thinking and decision-making.  It is now clear [from modern neurological research] that feelings are functional … Yes, there are times when emotions blind us to logic and lead to terrible decisions.  In a fit of passion, people do sometimes abandon their families and run off with the drug-addled leader of a motorcycle gang.

More commonly, though, our feelings are extremely useful indicators that help us to make wise decisions.

This is particularly so in business.  Some people think that the main contribution of Bruce Henderson, founder of the Boston Consulting Group, was to bring analysis to the fore in making business decisions.  But listen to what Bruce had to say about the primary role of intuition in business strategy:

Business thinking starts with an intuitive choice of assumptions.  Its progress as analysis is intertwined with intuition.  The final choice is always intuitive.  If that were not true, all problems would be solved by mathematicians.

When I was a ‘strategy consultant’, I was trained to develop ‘Critical Issues’ – things that, when answered, would determine what the strategy should be, and in particular, identify a unique new business strategy.  What came next?   You may think: data to answer the Critical Issues.

But first and most important, it was ‘Hypotheses on the Critical Issues’ – in other words, an intuitive guess.  Without a creative hypothesis, no advance in business or science is possible.  Data-gathering and analysis was always the last stage of the process – arduous, boring, and essential to justify with man-hours our enormous fees.

Real value is added with creative hypotheses.  How can we do something different that will have a high ratio of cash generated over the lifetime of a product or business segment to the cash necessary to build the business?

Creative hypotheses come from experience allied to intuition, imagination, and creativity.  This is why business is as important as science and can be quicker to build material value.

Business can be enormous fun when it relies on intuition and generates innovation.   Anyone who has experienced the thrill of new insight into how to make a fundamentally better or much cheaper product knows why business is fun.

The same is true in idea generation of all kinds.  Better ideas are the way to a better future.  And better ideas would never happen without our emotions and feelings.

To be human is to be gifted with imagination and reason.  They are twin cherries on a single stalk.  The stalk is our mind, both conscious and unconscious.

Emotions and feelings are as much “us” as reason and linear thinking.  The glory of humanity, and the civilization it has created, relies upon intertwining our feelings with our reason.

Most ambitious people spend years and a large amount of money training their rational minds.  Yet the people who make it big are generally those who best use their intuition and feelings.  Become one of these rare individuals.

The quotations from Timothy D. Wilson are from his splendid book Strangers to Ourselves, pages 31-32; and from Bruce Henderson are from page 260 of Perspectives on Strategy from The Boston Consulting Group, edited by Carl W. Stern and George Stalk, Jr. 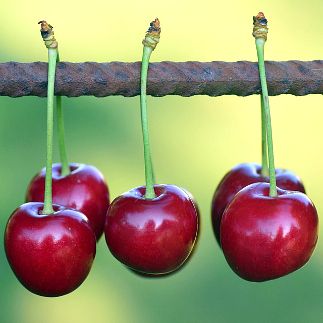