People who’ve been successful generally believe their skill was paramount, though they may qualify it with a joke...
IS SUCCESS LUCK OR SKILL?

People who’ve been successful generally believe their skill was paramount, though they may qualify it with a joke, as with Jeff Bezos’ comment on Amazon’s success – “half luck, half good timing, and the rest brains”.  Most other people believe there’s a lot of luck involved.

The Case Against Luck

Not everyone who set out to act in this way was successful, but a lot of people were; if they hadn’t believed it possible, it wouldn’t have happened.  The personal computer, the iPod, and the iPhone were not accidents of luck.

The Case For Luck

Where I come out

I think the luck versus skill debate is very like the nature versus nurture one.  Both sides of the street are crucial; and it is the interaction of luck and skill, and of nature and nurture, that matters most.

One way or another, I’ve spent much of my last forty-five years musing on what makes for individual success.  I think the role of luck is hugely important, but if I had to put my money on just one horse – luck or not-luck – it would go on the latter.  I wouldn’t say that not-luck is skill – it’s a whole combination of events and personal characteristics.  Self-belief and self-importance is the foundation, but it is not enough.

My reading of history and of individual careers suggests that after self-belief, it is a set of personal experiences and reactions to circumstances that can be mapped quite accurately for any individual – if you look at the period of their success and what they did or did not do.  In fact, I think there is a success code or template that applies to people in any walk of life and can be identified – as in an archaeological dig, as it were, through their careers – in people of astonishing different personalities and worldviews.  There are ten success factors, and most or all of them apply to any successful person during their roller-coaster period of ascent.  They apply, for example, to Adolf Hitler up to 1939, as well as to Winston Churchill from 1939-45; and they apply as much to Bob Dylan as to Steve Jobs.

What excites me is the prospect that, though the research is based on history and therefore hindsight, it might be possible to use the map so that anyone who really wants success in any field can then see if they have the experiences and attitudes necessary for success – and if not, how to acquire them.  My ambition is to make success much more accessible, because success is not a zero sum game.

I’m currently completing my research and plan to write a landmark book on mapping success. Whether I will be successful may, of course, be purely a matter of luck. 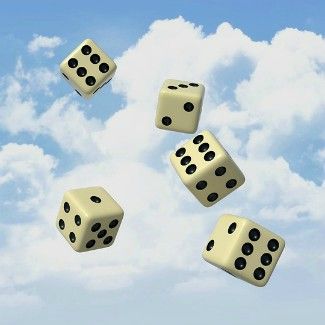