“In the end, Disneyland was neither just a park nor even an experience.
WE NEED A NEW WALT DISNEY

“In the end, Disneyland was neither just a park nor even an experience.  It was also a repository of values.”  So writes Neal Gabler is his landmark biography of Walt Disney.  Reading about Disneyland this week set me thinking about the state of America today, about the importance of widely-shared myths of identity, and about the power of imagination to distort and to simplify constructively.

There had never been anything like it.  Originally Walt Disney thought about creating a different and better amusement park.  But when he thought more deeply about it, he wanted not a park but a land, a physical representation of America, past, present, and future.  In a way it was a kind of social engineering rooted in a particular vision of America, and the American past, but a utopian vision of how America ought to be.  Could that be combined with fun, with the myths of the past, with the characters such as Donald Duck and Bambi already part of the national psyche, and with a sense of community which pulled Americans together in a happy way?

It sounds impossible, but it all came together in the mind of Walter Elias Disney.  He was in his early fifties, his business was just recovering from a period of relative decline, and he was in a state of despair, not least because of rows with his brother Roy and other Disney board members.  He wanted a wholly new initiative that would be completely different from traditional amusement parks, which he described as ‘dirty, phoney places run by tough-looking people.’

Roy and the board thought Walt had lost his marbles and that they should stick to their knitting.  Walt responded by cashing in his insurance policies, selling his second home, and setting up a new company of his own, called WED after his initials.

He assembled a team of designers, architects and engineers, whom he called his ‘imagineers’. His land would be far bigger than any traditional model, a beautiful park with trees, benches and flowers, cut off from the outside world which would be completely invisible once in the park.  Hollywood met a kind of idealized Middle Western Nirvana.  Disneyland would have neither employees nor customers, but a ‘cast’ of clean cut players hosting Disney’s ‘guests’ through the park, which was visualized as a kind of movie: ‘This is scene one, this is scene two, this is scene three.’

The team visited or researched European gardens of Eden such as the Tivoli, the 1933 Century of Progress in Chicago, the 1939 New York World Fair, and historical recreations such as Knott’s Berry Farm, Greenfield Village, and Colonial Williamsburg.  The architecture would be highly eclectic and fantastic, influenced by the exuberance of Hollywood and Los Angeles.  Hollywood itself had been a similar triumph of iconoclastic imagination largely created by East European Jews who wiped out their past by creating a new America, past and future.

Both Hollywood and Disney had created archetypes which Jung would have recognized as plumbing the depths of collective consciousness, expressing better and anew the peaks of American history and popular culture.  The appeal of Disneyland was deliberately cultivated to draw out an emotional response uniting and inspiring all the guests who were to come.  And if it was all somewhat fake – a dream, not reality; a temporary experience, not real life; an oasis of calm, cleanliness, and control interrupting the hurly-burly of life – was not all architecture and civilization also an illusion, yet one which inestimably changed experience and perceptions for the better?  The park, Walt believed, should be a metaphor for potential; for the possibility of progress and social harmony; for a kinder, gentler, more sentimental consensus.

“There’s an American theme behind the whole park”, he said.  In his imagination the country had been innocent and ambitious, energetic and yet devoid of cynicism.  All of Disney’s characters, from Minnie Mouse to Bambi, had this innocent, coy emotional appeal to the audience’s better instincts and aspirations.  The park was intended to take all this deep-buried patriotism, this sanitized view of American history, into a new dimension of experience, where good clean fun could fulfil yet transcend the old Puritan vision of the nation as a shining City of a Hill.

How Walt Achieved the Impossible

Seen this way, the dream should have seemed mission impossible, quite beyond the scope of any physical entity.  Yet Walt’s dream was successfully incarnated.  How?

He imagined a Western town about 1900.  The guests all started in Main Street – quaint shops, a tavern like the one in his recent movie Calamity Jane, a fire station, police station, and train station, horse-drawn carriages, a town square and town hall, all so that the guests felt they were living in that period.  The buildings were all scaled down to be accessible to children – nine-tenths size on the first floor, and eight-tenths on the second floor.  A railroad encircling the park was scaled down to five-eighths.

To check that everything was precisely as he wanted it, Walt had a small apartment built above the Fire Station where he spent most of the weeks before the opening of the park, venturing out to tell the crew what to do, and leaving little notes such as ‘paint this curb’ or ‘move this bench’, signed ‘Walt’.  This was probably the happiest time of his life. Having had a troubled period before he thought of Disneyland, Walt was his own man again, creating something unprecedented and that only he could have conceived or executed.

At the end of Main Street, guests reached the Sleeping Beauty Castle, and could then choose which of four attraction-filled ‘lands’ to explore.  Fantasyland featured characters and rides imagined from classic children’s books, such as Alice in Wonderland’s Teacups.  Frontierland offered Tom Sawyer’s Rafts.  Adventureland included a miniature bobsleigh ride round the Matterhorn. Tomorrowland offered rides based on the latest technology, and the whole park could be traversed by one of the earliest monorail systems.

Other key exhibits, including the one of President Lincoln giving the Gettysburg address, used state-of-the-art 3-D imaging.  Everywhere, the iconic Disney figures popped up – Mickey and Minnie Mouse, Cinderella, Peter Pan, even the Three Little Pigs.  As the brochure promised, ‘you will find yourself in the land of yesterday, tomorrow, and fantasy.  Nothing of the presents exists in Disneyland.’

No expense was spared to conjure up a perfectly controlled environment, with peerless service to guests, and it struck an immense chord with them. Opened in 1955, two thousand people a day came through the turnstiles in the first few weeks, swelling to five thousand a day after six months. By 1960 it approached thirty thousand a day. Seeing Disneyland as a commercial for his motion pictures and his new venture into television programs, Walt poured all the cash in the first decade back into improvements and new rides. By 1965 over fifty million people – overwhelmingly American, more than a quarter of the total US population at that time – had visited Disneyland.  There was simply no precedent for this achievement, and its impact on American popular culture was and remains immeasurable.

Is there is a lesson for today?

In my next post, I’ll look at the immense financial risks that Walt took, and how he survived them – and the lessons for business today.   But here I want to close with a few personal reflections on the Disneyland ideology.

If Donald Trump was to invent Trumpland, what would it resemble?  Would Clintonland spawn fifty million happy visitors?  To ask these questions is to answer them.

We need our sincere and creative optimists.  We need Donald Duck and Bambi.  We need purity of thought and deed.

We need a new Walt Disney, to distort our past, to lift up our emotions, and to lead us to a more generous shared future. 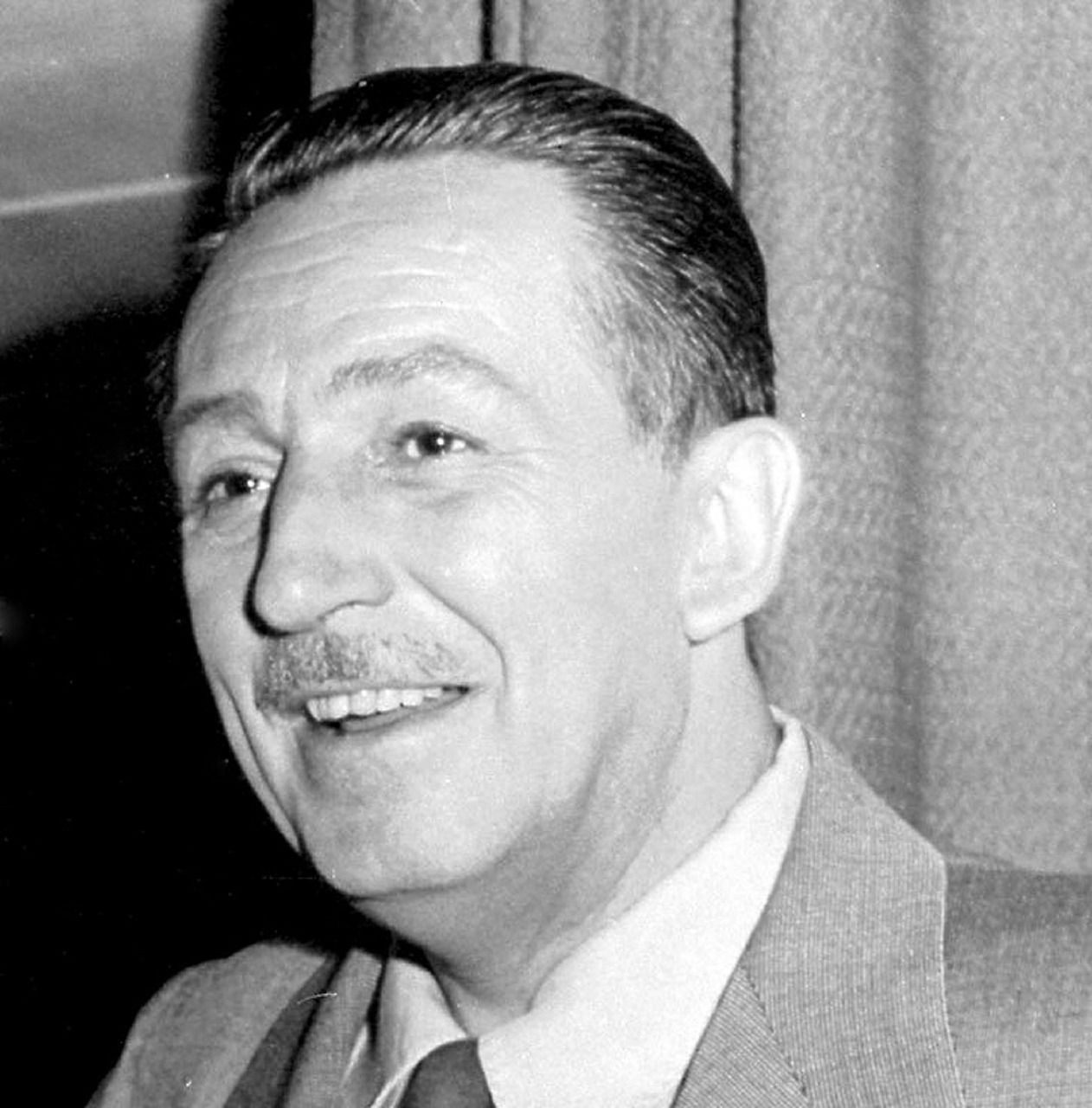