This week we’ve been reminded about the formidable financial power of the empire founded on Donald Duck.
HOW WALT DISNEY FUNDED HIS DREAM

This week we’ve been reminded about the formidable financial power of the empire founded on Donald Duck.  But when Walt Disney had the idea for Disneyland, he had to dig deep into his own pocket to get the idea going.  You see, his brother Roy started out by thinking it was a crazy idea, and he got the board of The Disney Company to oppose the idea.  In the end, Disneyland was the creation of just one person, not of a giant corporation; and it was a really risky bet.

The financing of Disneyland was venture capital 1950s-style; and it has lessons for us today.

Strife and Struggle in the Land of Imagination

When Walt first had the idea for Disneyland in 1952, The Disney Company was already in the throes of a risky transformation.  It was not the financial powerhouse we know today.  After the Second World War, the firm had some tough years.  In 1949 it made losses.  The following year was a return to profits, but at a surprisingly modest level – net profit was $720,000 on revenues of $7.3m.

At the time, all the directors had agreed a three-pronged turnaround strategy for Disney – which seemed to make sense, but involved substantial initial funding and high risk.  First, they decided to make action movies with much higher costs than their bread-and-butter cartoons.  Film such as Rob Roy, The Story of Robin Hood, and Treasure Island involved substantial financial commitments, and nobody knew if they would pay off.

Second, Disney compounded the risk by simultaneously moving into a wholly new area, unrelated to all the Disney characters and heritage – making nature movies.  Everyone agreed that the likes of White Wilderness, The Living Desert, and The Vanishing Prairie – the latter one of the first productions to raise concerns about the future of Planet Earth – were worthy ventures and looked beautiful.  But nobody knew whether they would make money.

Third, and perhaps most surprisingly, the Disney Company, unlike most movie studios, decided to treat the emergence of television not as a threat, but as an opportunity.  In the early 1950s, however, this was more an aspiration, and negotiations with the ABC network were tortuous.

It was with all this on the company’s plate that Walt, at the then-advanced age of 51 – and although he didn’t know it, only a decade or so from his death – got a bee in his bonnet about a further detour in his empire, the idea of building a huge and unprecedented leisure park. This seemed to Roy and other directors to be a complete diversification move, and one which, if the company went down that road on top of its other bold new ventures, could sink it entirely.

The costs – relative to the firm’s immediate cash and prospects – were astronomical. A Disney movie at the time might cost between $1m and $2m – which was already huge relative to the firm’s profits, not all of which converted into cash.  The Disney Company was already stretched to the limit by its three new film-making ventures.  Yet it was calculated that Disneyland would cost between $10m and $20m to create.  Surely no board in its right mind would allow its CEO to go down that road.

Well, the Disney Board quite understandably did not want it to happen. Roy Disney led the opposition.  Their doubts were thoroughly reinforced by the initial market research.  Every industry expert said that no amusement park could run without the thrills and spills of traditional rides – yet Walt was adamant that they would find no place in the park of his imagination.  Roy thought that Walt had taken leave of his senses.

Walt’s response was to set up a new company named by his initials, WED Enterprises, to develop the park.  This was not in order to raise money, but to develop the idea for Disneyland with a small group of like-minded people hand-picked by Walt.  The truth is, he had been in despair for years, feeling that he had lost control of the studio, as it had morphed into a big corporation.

Now Walt felt entirely re-energized, happy in his new sandbox.  The small community of WED allowed him to give free rein to his imagination and encourage his team to do likewise.  One of his colleagues said Walt enjoyed himself so much “because once again he owned WED as he once owned the Studio, before it went public … at WED you no longer had any big departments to deal with … it was fun just to get back into that small scale again.”

While he planned Disneyland, Walt paid little heed as to how he was going to pay for it.  He provided what we would now call seed capital to WED, borrowing $50,000 – “the limit of my personal borrowing ability” – from his bank against the security of his life insurance policy.  “My wife,” he told a reporter, “keeps complaining that if anything happened to me, I would have spent all her money.”  Walt knew that if Disneyland didn’t work, he might face bankruptcy.  He sold his newly-acquired second home because he needed the money for the park, and he put his remaining home into his wife’s name.

Once the site had been identified – a huge orchard, 160 acres in Anaheim, which was the largest source of Valencia oranges in America – Disney had to focus on raising the money to build the park.  He did this through a stroke of genius – marketing the idea of Disneyland to the television networks and attempting to get them to fund the park in exchange for Walt Disney Productions (the Studio) agreeing to make a series of movies specifically for television. There was one problem – the major networks all rejected the idea.  But Walt kept going, and eventually persuaded ABC-Paramount to bite.

At this stage, Roy Disney, who had threatened legal action if Disneyland used any of the Disney characters or the Disney name – both of which Walt viewed as essential for the park – came on board, partly because of the television deal Walt had negotiated, and partly because of a phone call from a banker Walt had approached for a loan.  Roy fully expected the banker to say that the project was hare-brained.  “We went over the plans,” the banker said to Roy.  And what did the banker think of it?  “You know, Roy,” he said after a dramatic pause, “that park is a wonderful idea!”  Roy later said, “At that, I nearly fell out of my chair.”

Disneyland Inc. was set up and funded as follows:

ABC-Paramount put up $500,000 equity, committed to take $2 million of ten-year bonds, and in addition guaranteed loans of $4.5 million – a total commitment of $7 million.  In exchange, ABC-Paramount received 34.48 percent of Disneyland.  In exchange for the rights to use the Disney name and the intellectual property in all the Disney characters, Walt Disney Productions received the same percentage. Walt, through WED, received 16.56 percent personally.

The deal with ABC enabled Disneyland to sell another 13.8 percent to a long-time Disney partner, Western Printing and Lithographing, in exchange for $500,000 of the ten-year bonds and a loan for another half million guaranteed by Western.  Smaller investors provided the rest of the equity and other bank loans were subsequently negotiated.

ABC sold its shares in Disneyland in 1960, receiving $7.5m for the half-million put in as equity.  Shortly after, Western made an even greater profit.  But the real winners were those who held their shares in Disneyland for the long term – the Disney Company itself, and Walt and his heirs personally.  From the very start, Disneyland was profitable and through aggressive reinvestment and expansion the orange grove became a gold mine, as well as becoming a unique and enduring totem of American identity and popular culture. 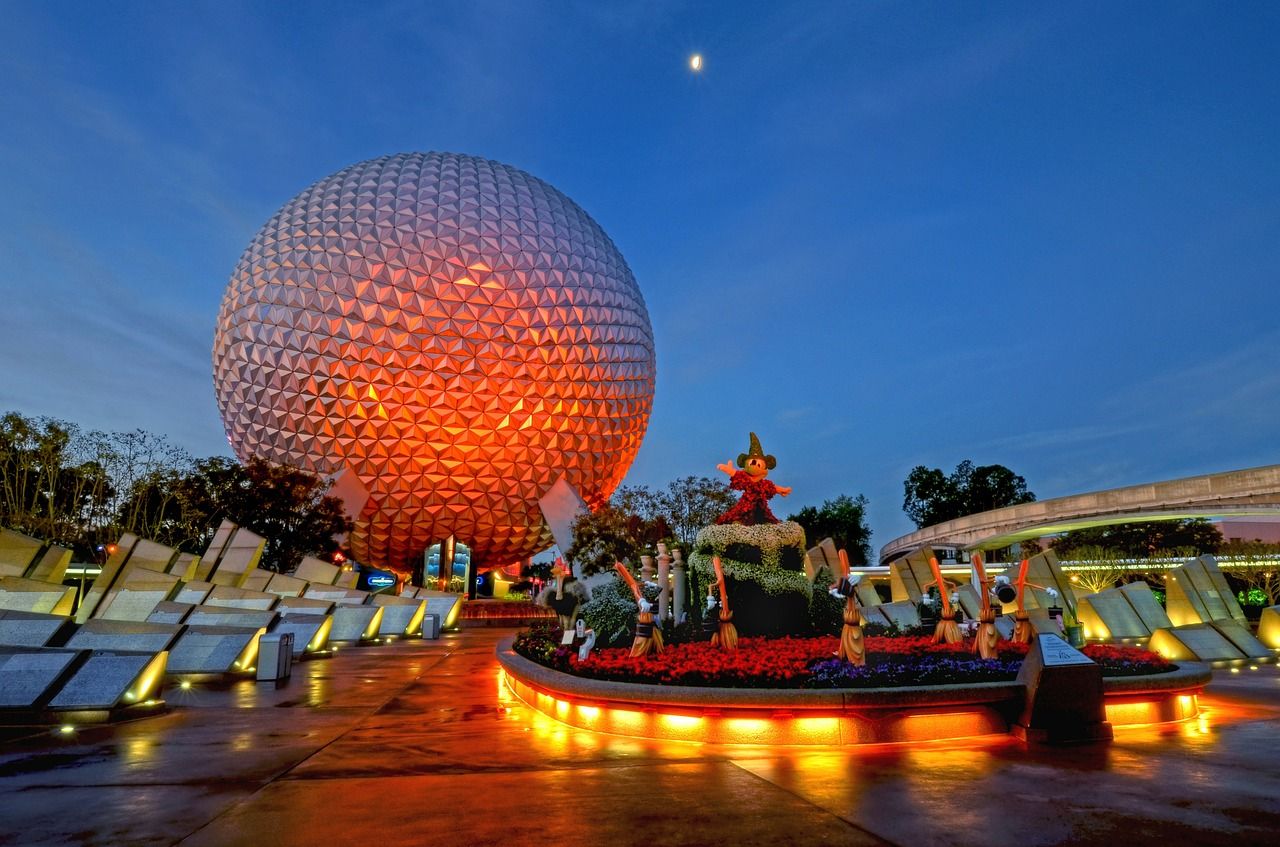