The relations between the individual and society are like a roulette table. Society is the banker.
THE CASINO, THE INDIVIDUAL, & SOCIETY

“The relations between the individual and society are like a roulette table.  Society is the banker.  Individuals sometimes win and sometimes lose; but the banker wins always.”  This was writer Somerset Maugham’s provocative take on life.

I came across the quote this week and it made me think.  What?  Well, Maugham was half right, and wholly wrong.

Two Reasons Why Maugham was Right

First, society does benefit from individuals.  There is no other way society can progress.  Arts and sciences, politics and medicine, literature and music, business and the creation of wealth and well-being – these all come from individuals.  And once an idea, a song, a work of art, a book, a medical cure, or a nice new product is created, it becomes part of the common property of humanity.  If the idea or item is good, it remains there for a season or forever, benefitting individuals certainly, but really society as a whole.

In our daily life, too, individuals may pursue selfish ends, but still end up as benefactors of the common weal.  If the actors concerned use the market mechanism – and what other mechanism is there that works so well? – they are almost certain to help society as a whole, unless their products are harmful to health or happiness.  As Adam Smith famously observed, “It is not from the benevolence of the butcher, the brewer, or the baker, that we can expect our dinner, but from their regard to their own interest.”

So back to the roulette table.  By playing as they do, individuals end up enriching the bank.

Second, Maugham probably had a sense, even back at the end of the nineteenth century when he made his remark, that society was increasingly impinging on the individual.  This is not the place to discuss the merits of socialism or individualism, but it is plain fact that society now takes a great deal more from individuals than it did before 1900.

Tax rates then were a fraction of what they are now, even in allegedly ‘capitalist’ economies.  The state is much bigger, and pokes its nose, for good and bad, into every corner of the individual’s life.  There are far more laws about what we can and can’t do, and far more enforcement, from seatbelts to what we can say to how we treat our children.  We need more documents to travel than our grandfathers and great-grandfathers, and we must fill in far more forms, and give the authorities far more information about our lives.  In a real sense, then, society is ‘gaining market share’ at the expense of the individual.  We are a lot wealthier than we used to be, but whatever our position in the pecking order, we are all much less free as individuals.

So yes, society is the banker and always wins in the end.  But then again …

First, it’s hard to square the idea that the individual is oppressed by society in rich countries with the reality that this is one of the golden ages of the individual, probably only comparable to the Renaissance.

Each of us can set our own course in life in a way that was much harder in Maugham’s day or earlier.  We are not constrained to follow the profession or lifestyle of our parents.  We can get married to whom we want or to nobody.  We have far more sexual freedom, which certainly has its downsides for society, but has many upsides for individuals.  Our freedom to move from our home town, or even to live abroad, is much greater in practical terms than it used to be.  We can change our religion or decide we want none.  We can adopt whatever philosophy of life we want.  There are far more career options open to individuals of whatever background than there used to be.  And for the female half of humanity, and for gay men, there is incomparably more freedom of the individual than there used to be.

We see the same mega-trend in business.  From around 1920 to 1960, it was widely believed that the world of business had to be run by large organizations, and not by individual players and small teams.  Some of the mammoth organizations were owned by the state, and some were huge corporations listed on stock exchanges, but all were run by managers organized hierarchically.

Whyte’s analysis was based on hundreds of interviews with managers at all levels, and he accurately revealed the shift in attitudes and power that had taken place.  But Whyte did not celebrate The Organization.  In his final pages, he urged the individual to fight The Organization – and even Society – because without such a fight, creativity, wealth, and freedom would all suffer.  At the time it seemed that Whyte was tilting at windmills, that he was a forlorn advocate of a dying world of individualism and private enterprise.

Yet Whyte was right, both in his diagnosis, and his hope, that individualism might be born again.  More than anything else, it was the growth of venture capital, and new decentralizing technology – above all the microchip – which enabled individuals to start a business from the proverbial garage, and build it to take on the monoliths.  Bill Gates and Steve Jobs, in their different ways, took the mighty IBM to the cleaners.  Microsoft and Apple were qualitatively different from IBM or Xerox, because power came from individual creativity and talent, not from climbing the corporate mountain.  The power of capital is still great; but the power of creative individuals – now able to access capital on their own terms – is even greater.  Individuals starting with nothing can build wealth for themselves and their teams in a way that is unprecedented.  Passive shareholders increasingly miss out on the new bonanza.

Yet there is a second, even more potent, reason why Maugham is not right today.  In a casino, it is a zero-sum game.  Any money won by individuals is money lost by the bank, and the other way round.  But today, and probably anywhere and at any time in history where the state was not all-powerful – in short, anywhere not communist or fascist – the relation between the individual and society is not a zero-sum game.

When Steve Jobs, or Mark Zuckerberg, or Jeff Bezos make tens of billions of dollars personally, they do not impoverish society or other individuals. They make astronomical sums personally because they benefit society and other people – at least in the opinion of the customers who buy their products, which is the only opinion that matters.  Creative individuals – whether business moguls or artists or footballers or thriller-writers – enrich themselves and society at the same time.

This cannot happen in the casino, but the casino is a very peculiar and atypical place.  Thank God for that – the vast majority of business and life is not like the casino.  Luck may play a big part in individual success, but that does not mean that life is like a casino.  The chances are huge odds-on that when we win well in business or life, we benefit other people too, whether or not that is our intention.  Apart from terrible corners of life – inhabited by gangsters, terrorists, politicians, and bureaucrats – your success is mine too, and mine is yours.

Praise the universe – it’s raining positive-sum games.  Individuals benefit society, and society benefits individuals.  There is no other civilized way to live, and this is a wonderful time to be alive. 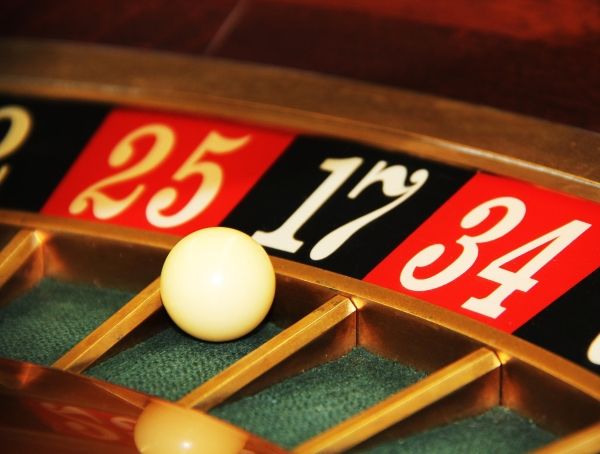