Memoirs by politicians usually send me to sleep. Imagine my surprise in finding an exception...
THE GOSPEL ACCORDING TO MARGARET

Memoirs by politicians usually send me to sleep.  Imagine my surprise in finding an exception – and in an unexpected place – Margaret Thatcher’s The Downing Street Years. Oddly, the best, most revealing bit is the Introduction, which stunned me with its non-partisan clarity and audacity.

A Hundred Years of British Decline

According to Thatcher, time in Britain may be divided into BT and AT.

Before Thatcher, in 1979, Britain was widely derided as ‘the sick man of Europe’.  “Britain”, she wrote, “was a nation that had had the stuffing knocked out of it progressively over the previous hundred years.”  It culminated in the ‘winter of discontent’ in 1978-9, when “the dead were unburied, critically ill patients were turned away from hospitals by pickets, and the prevailing social mood was one of snarling hostility and motiveless hostility.”

This much is true.  I was there.

What is striking is Thatcher’s analysis of a century of British decline – with one obvious culprit fingered, and one much less obvious one also to blame.

Starting in the 1880s, Britain’s position as top dog – economic, imperial, and ideological – began to be eroded.  Adopting a rather Marxian perspective, Thatcher sees everything as flowing from industrial supremacy … and then decline.  Since the industrial revolution, Britain had been by far the leader in most industries, but then along came American and German competition.  This was both inevitable and even perhaps welcome, as it enlarged the market for British exports – in 1914, the Kaiser’s Germany was Britain’s second biggest export market.

But … “what made it more curse than blessing was Britain’s failure to respond to the challenge effectively.  We invested less; we educated and trained our people to a lower standard; and we allowed cartels that restricted competition and reduced efficiency.”  Add in the exhaustion from the First and Second World Wars, and by 1945 Britain was “suffering from a prolonged bout of economic and financial anaemia.”

In 1945, “with the election of Attlee’s Labour Government, however, there began a sustained attempt, which lasted over thirty years, to halt this relative decline and kick-start a resurgence.”  My radar was alerted; surely this was even-handed or even generous to Thatcher’s political opponents.  But no.  The new approach was “centralizing, bureaucratic, interventionist” – “it levied high rates of tax on work, enterprise, consumption, and wealth transfer”, using the tax money to provide welfare on a massive scale.  Welfare, surely, must be good?  The sting is not long in coming – “when some people preferred to rely on their own resources or on the assistance of family and friends, the Government would run advertising campaigns to persuade people of the virtues of dependence.”

The obvious problem was democratic socialism.  “It was a miserable failure in every respect.  Far from reversing the slow relative decline of Britain vis-à-vis its main industrial competitors, it accelerated it.”  The decline was masked by the overflowing affluence of the 1950s and 1960s. “But if we never had it so good, others – Germany, France, Italy, Denmark and the like – increasingly had it better.  And, as the 1970s wore grimly on, we began to fail in absolute as well as relative terms.”

Political propaganda?  Well, yes, you could say that.  But I was 17 in 1967, between school and university I went hitchhiking for three months or so in Europe.  I was astonished at how much more colorful, lively, and upbeat life was in France, Germany, Italy, Switzerland, Denmark – even Spain and Greece seemed better places than England.  When I returned home, everything seemed smaller, drabber, and depressed.

And I remember visiting America for three months in 1969; and living there during 1974 and 1975 – what a utopia, compared to Britain, where inflation hit nearly 30 percent and social revolution seemed imminent!  In the US, freedom shouted from every pore – provided you steered clear of the cops.  People felt they could do anything, whereas in England, people felt powerless.

So yes, the UK was in a giant pickle in the 1970s, though it was not evident that socialism was entirely to blame.

But Thatcher was not saying that.  Here comes culprit number two.

The Tories were also to blame

Anyone with a sense of history would have spotted the apparent gaping hole in Thatcher’s thesis – between 1950 and 1963 the Conservatives were in power, as they were also from 1970 to 1974.  But no!  She had this objection covered.

The Tories were her second set of culprits!

While they “preached the gospel of free enterprise, the Tory Party merely pitched camp in the long march to the left.  It never tried seriously to reverse it … post-1945 politics became a ‘socialist ratchet’ – Labour moved Britain towards more statism; the Tories stood pat; and the next Labour Government moved the country a little further left.  The Tories loosened the corset of socialism; they never removed it.

Indeed, Prime Minister Ted Heath (a Conservative) “almost implemented the most radical form of socialism ever contemplated by a British Government.  It offered state control of prices and dividends, and the joint oversight of economic policy by a tripartite body representing the Trades Union Congress, the Confederation of British Industry, and the Government, in return for trade union acquiescence in an incomes policy.”  Fortunately, the trade unions declined this Faustian pact.

“Another approach was needed” – the Thatcher counter-revolution.

She was ready to lead it.  The most revealing paragraph in the whole of her memoir says:

“Chatham [the British Prime Minister from 1766 to 1768] famously remarked, ‘I know that I can save this country and that no one else can.’  It would have been presumptuous to have compared myself to Chatham.  But if I am honest, I must admit that my exhilaration came from a similar inner conviction.”

How Did She Do?

Her account is clear.  She slayed the dragon of socialism.  She reversed Britain’s relative economic decline.  She made people proud again to be British.  The medicine was painful.  But it worked.

This is basically true, and it was a great achievement.  It’s easy to poke fun at Mrs Thatcher, and I have indulged a bit in that.  But anyone who is honest, and knew Britain in 1979, and in 1990, or today, knows that it is true – she achieved the seemingly-impossible.  For this, despite her many manifest flaws, those of us who are British should give eternal praise to the Blessed Margaret.

Yet I can’t leave the subject without making three ‘revisionist’ points.

The first objection may seem a mere quibble, though I think it is more than that.  She succeeded, but she very nearly failed – through timidity.

At the start of 1982 things looked bleak for Mrs T.   She and her administration were widely unpopular, and all she had achieved was a decline in inflation through tightening the money supply – which led to a wave of bankruptcies.  But if there really was Before Thatcher and After Thatcher, the latter really began on 2 April 1982.  That was the date the Fascist military Junta of Argentina invaded the Falkland Islands, British territory some 300 miles off the coast of South America and about 13,000 miles from the UK.

The conflict revealed Mrs Thatcher as a genuine Iron Lady, quick to dispatch a military taskforce, resistant to negotiations the US attempted to mediate between Britain and Argentina, resolute in fighting to re-take the islands, and successful in forcing the surrender of Argentine forces on 14 June 1982.  Without the Falklands War, it is highly unlikely that Thatcher would have won the 1983 General Election, and her career would have ended in abject failure.

Quite apart from unexpectedly keeping her in office, it is impossible to overstate the psychological impact of the Falklands War – on Margaret Thatcher herself.   Whereas her book claims that she was determined to extirpate socialism from the outset, her initial moves in this direction, up to 1982, had been highly tentative and unsuccessful.  After 14 June 1982, she went into overdrive and nothing could stop her.  She was like a woman possessed.  For that she had to thank the posturing General Leopoldo Galtieri, dictator of Argentina.

Secondly, much more seriously, Mrs Thatcher was the architect of her own demise – through her stubborn support for the “poll tax”, a system of local taxation introduced in 1989-90.  By replacing the “rates” system based on the value of houses, the flat-rate poll tax for every adult (though there were reductions for the unemployed and students) was regressive and unfair, and it was deeply unpopular.  Despite mounting evidence that the tax could cause the Tories to lose the upcoming 1992 General Election by a landslide, Mrs Thatcher clung tenaciously to the tax.  Her senior colleagues decided that she had to go.  In electoral terms they were vindicated, when her successor John Major caused an upset by winning that General Election.

The third and most serious problem for eradicating socialism and bureaucracy in Britain was Mrs Thatcher’s succession planning, or rather lack of it.  Believing she would “go on and on and on”, she never effectively groomed a successor who was a “true believer” in free markets.  When she was forced to resign in November 1990, she belatedly backed John Major, not because she really believed he was totally “one of us”, but because he could beat her nemesis, Michael Heseltine.

Major, a decent man and personally popular, turned out to be an incompetent Prime Minister and a slave to conventional wisdom.  When the Tories returned to office in 2010, it was under another liberal Conservative – David Cameron was an effective Prime Minister, but effectively believed in nothing except his governing prowess.  As for the current Prime Minister, Mrs May is ideologically nothing more than Ted Heath in drag.  Though superior in character and personality and every other way to Heath, she is not a true believer in free markets and has a strong hankering for social democracy.  She is also an electoral albatross of monumental proportions.

The Verdict of (Kochian) History

Margaret Thatcher was unusual in being a conviction politician with the right convictions.  She saved Britain from the fate of creeping socialism, restoring British self-confidence, enterprise, and freedom.  But she was unsuccessful in perpetuating a Tory Party that truly believed in small government.  That battle now must to be fought anew, against the most left-wing and unpatriotic Labour leader in British history.  Where – who – is the new Thatcher? 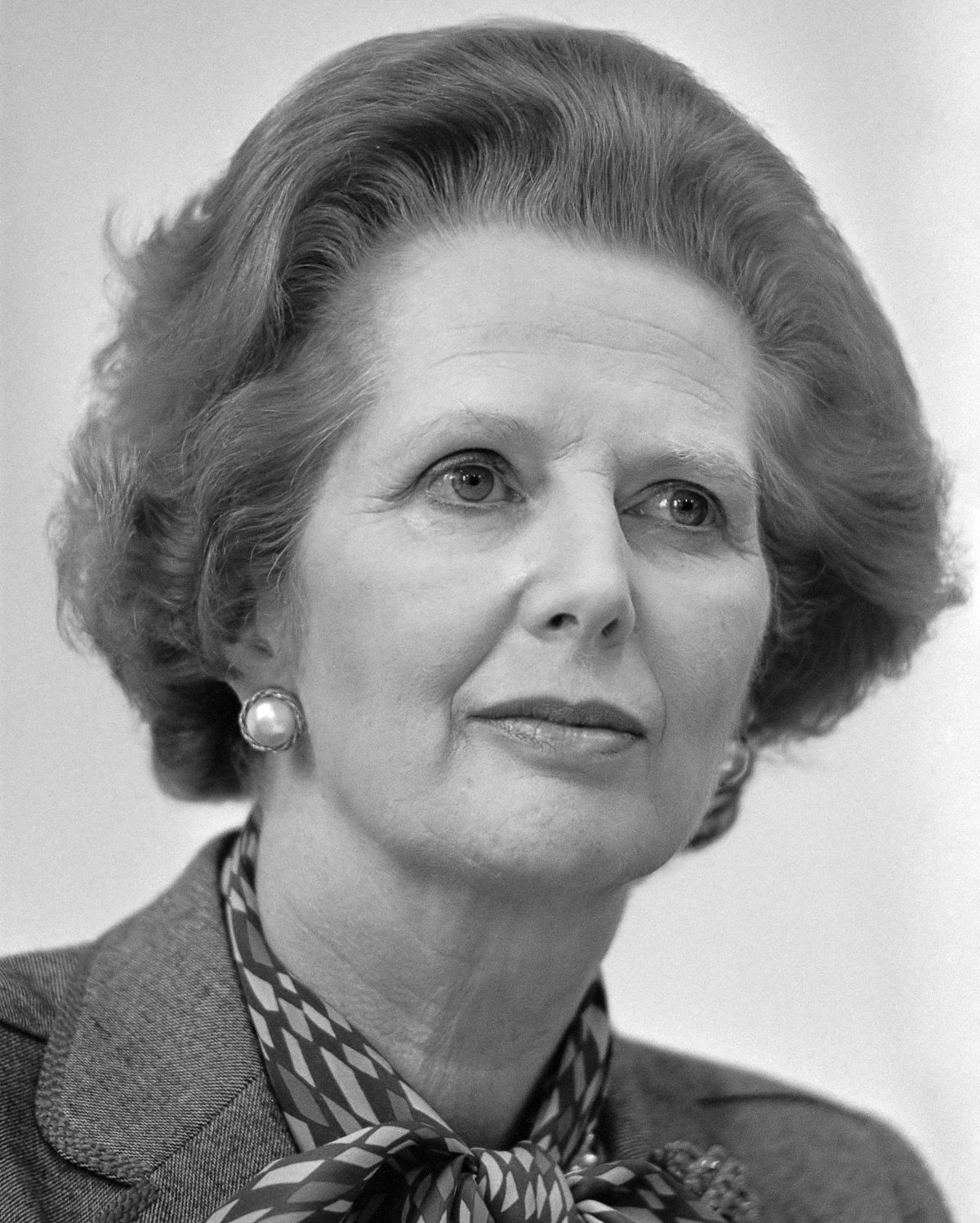