I was struck this week by the juxtaposition of two quotations which are more profound than they appear.
IN PRAISE OF OUR LIMITATIONS

I was struck this week by the juxtaposition of two quotations which are more profound than they appear.  “The difference between genius and stupidity,” said Albert Einstein, “is that genius has its limits.”  “Being of any reasonable sort,” says Jordan B Peterson, “appears to require limitation.”  Despite the intimidating company, I will add a third – “our limitations define our humanity and help to define our greatest strength.”

I think God as conventionally envisaged suffers from lack of limitation, and that we are better off in this respect than God.  If God is everywhere, eternal, all-knowing, and all-powerful, what do you give him or her for Christmas?  The one thing God doesn’t have already, which is what?

I was started down this path by the most quixotic of Jordan Peterson’s 12 Rules for Life – Rule number 12 states “Pet a Cat When You Encounter One on the Street”.  I won’t try to explain how this relates to limitations, because there are limits to my explanatory power.  But he tells the story of Superman’s evolution.  He came to our planet in 1938 and he made quite a splash – he could leap over tall buildings in a single bound, and lift a car, train, or ship without breaking sweat.  As he became more popular, Superman had to keep pushing the limits. By 1970, he could fly faster than light and was not inconvenienced by anything, not even a nuclear explosion.

But that was the problem.  As he became more and more omnipotent, so he became more and more boring.  Originally he was vulnerable to kryptonite.  But as he conquered everything, Superman lost his appeal.  He went ex-growth.  To save his commercial value, he had to acquire limitations.   He could still lift cars, but not planets.  He needed the power of the sun to work his miracles.  As Peterson explains, “He gained some reasonable limitations.  A superhero who can do anything turns out to be no hero at all.  He’s nothing specific, so he’s nothing.  He has nothing to strive against, so he can’t be admirable. Being of any reasonable sort appears to require limitation.”

A seventeenth century preacher – Thomas Fuller – said “he that is everywhere is nowhere.”  It’s the same thought.  And it explains the absolute genius of the early Christians in inventing something never seen on the face of the earth before – a genuinely suffering divine person, who had human limitations and died in despair in the Romans’ favorite form of torture, and so earned the true reputation of being a super-hero, “at whose name every knee shall bow”.  Wow!  In this case the genius was not despite limitations, but because of them.

Our Limitations Are Our Friends

Here I part company somewhat with Professor Peterson.  He goes on to discuss the problem of suffering, which is inherent in limitations.  We suffer from diseases, mental problems, and ultimately death.  Being of a sunnier disposition – being someone who has suffered relatively little – I am not so much interested in overcoming limitations, as in relishing them.

If limitations set us apart from Superman and any God who is not subject to limitations, well, another way of saying that is – our limitations define our humanity.  In some sense at least, they give us an advantage over God, the advantage that, if you like, required God to put Jesus Christ on the earth as a bone fide human.  Jesus enabled God to share the limitations of humanity, and therefore made it possible for humans to relate to God.  But I don’t want to get us stuck in theological speculations.  I want to explore the positive implications of limitations for us all, whether we believe in any kind of God, or not.

There are two ways that we can view the benefit of limitations.

One way is to strive to overcome them – both individually; and together, as the ‘human race’.  There is something heroic in trying to overcome our collective limitations, and in the last millennia, and particularly in the last three hundred years, we have made great and increasing strides.  Fire gave us an escape route from cold and a way of making food taste better and be more nutritious.  Great buildings and cities gave us beautiful places to live and share business and cultural interests.  The wheel gave us freedom of movement and the start of an ever-accelerating process whereby we substitute machine power for human brawn.  The cultivation of plants and husbandry of animals has given us warm and elegant clothes, better food, and indeed the cats and dogs which the Professor wishes us to pet.  Until around 1800, nearly everyone in the world suffered from malnutrition and the threat of premature death; now death is more likely to come from over-indulgence and lack of exercise than from diseases over which we have no control or influence.

As for individual attempts to overcome our limitations, the great religions – and now perhaps the greatest religion of all time, the combination of intelligent self-help with psychological knowledge, which allows us to improve ourselves without the need for God-fearing – have given us the technology to do so.  If we want to make ourselves better human beings, we have no excuse – the books, the videos, and the life-stories are all out there on the net and television; and it is clear to anyone who thinks about these issues at all that self-improvement makes us feel better about ourselves and therefore increases not just the happiness of the people around us, but also our own happiness.

But overcoming our individual and collective limitations itself has limitations.  It is a worthy and noble thing to strive against our limitations, so long as we do not come to close to imitating Superman.  My personal opinion – I do not say I am necessarily right – is that like Superman we are in danger of becoming boring through becoming dazzling; and in danger of the greatest sin of all, which is to believe in our divinity.  Space travel, the extension of life so that we can become eternal if only we avoid accidents or murder, the building of cities so large and dense that they blot out our connection with nature – these seem to me to take humanity pretty close not just to Superman but also to Icarus, who flew too close to the sun and suffered a salutary fate.

Overcoming limitations is great, so long as we concentrate on the limitations which induce suffering.  But to give ourselves God-like qualities is to risk becoming like Superman, or God-before-Jesus.

The problem with overcoming limitations is that it is ultimately a negative game.  We are trying to cancel out negatives.

The great destiny of humankind – individually and together – must be positive rather than negative.  Negative is Phase One.  Positive is Phase Two.  They overlap, but more of our energies should progressively be devoted to Phase Two.

And here is where I love limitations – not to overcome them, but for them to highlight what we can create because of our limitations.

If we fully accept our limitations, we can concentrate on our creative side.   Individually this means worrying less about our weaknesses; and thinking intelligently about how to mitigate their effects; and thinking more about building our strengths.

For example, I am impatient, and lack some basic practical abilities – I can’t fix a car, can’t even change a tire, can’t even read maps very well.  I will leave diplomacy, car mechanics and map-reading to other people or to technology such as GPS (if I can master it).  And I will concentrate on the one or two things which I can do really well, which are essentially creative skills.

As we grow older, our body becomes less robust and reliable.  As our body is vital part of ourselves, combating this decline is advisable.  Exercise, excellent diet, and preventative medicine will take us a long way.  Ultimately, however, we are fighting a losing battle – a good battle to fight if we wish to minimize suffering and feel good until we die, but we cannot be sure of achieving even that.  We need to think just about overcoming our limitations, but also to focus on what we can achieve creatively before we die.

One of the great lessons from being a management consultant is when you realize that the shorter the time for a project, the more time should be devoted to thinking before you do anything.  The thinking should be guided by reliable methodology and concepts which encapsulate great truth with relatively little expenditure of effort – except the greatest effort of all, which is thinking itself.  Thinking has two great benefits – it takes little time relative to the benefit; and the more you think, the better you become at it.

If you are conscious of the limits of your life – you have only another year, or five years, or thirty years that you will probably be alive – then what do you do?   You may regret this limitation, but it is also your friend.  By realizing that you have limited time, you can make the most of it.  If we were eternal, life would be boring and the imperative to intelligent thought and action would be removed.  Rather than get more done, I suspect we would never get out of bed. 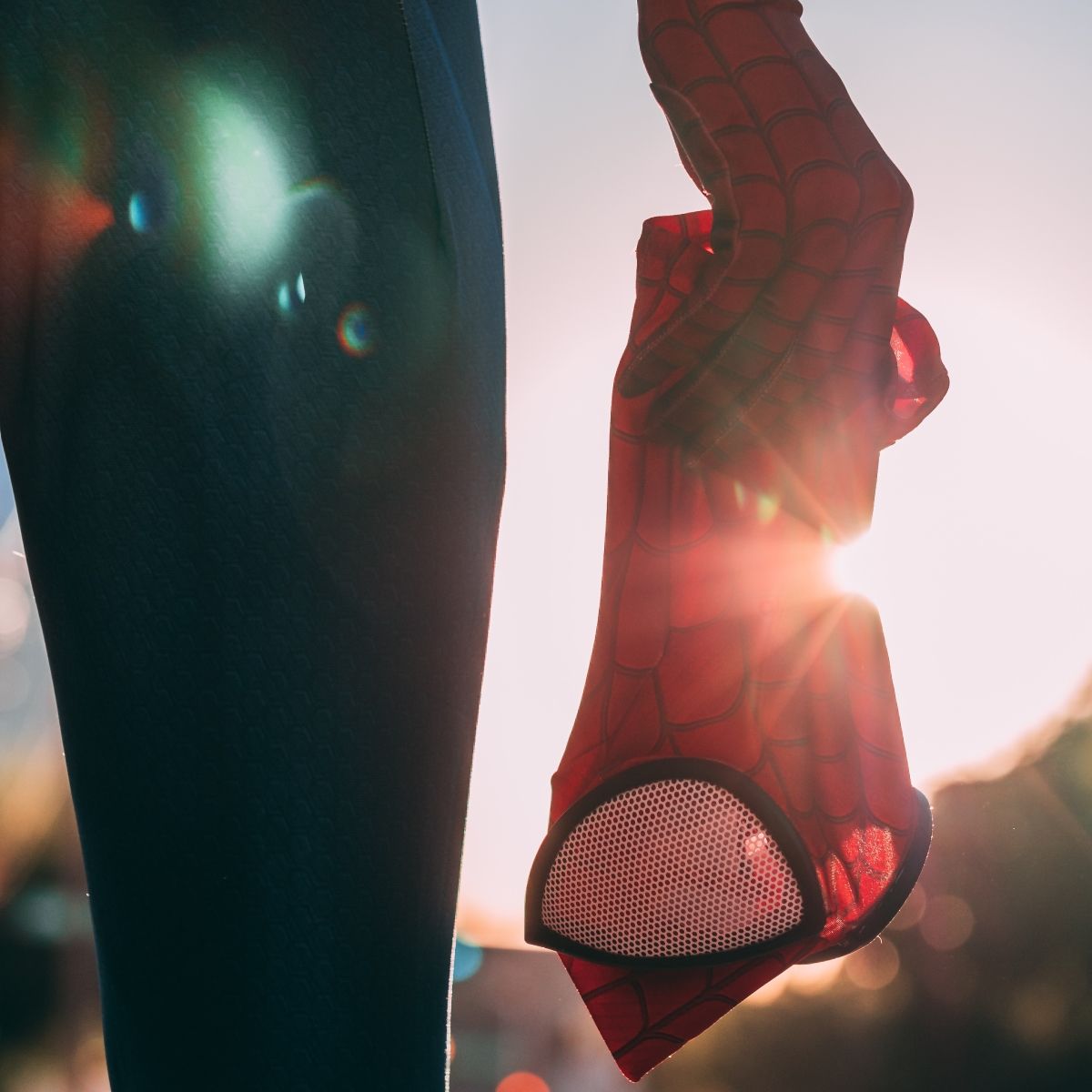