“Without relationships we are either dead to the world – or dead. Although banal, this is true: friendships are at the heart of our lives … what on earth has this got to do with the 80/20 principle?  The answer is quite a lot.  There is a trade-off between quality and quantity and we consistently under-cultivate what is most important.”

“If you have a friend whose friendship you wouldn’t recommend to your sister, or your father, or your son, why would you have such a friend for yourself? … You should choose people who want friends to be better, not worse.  It’s a good thing, not a selfish thing, to choose people who are good for you.  It is appropriate and praiseworthy to associate with people whose lives would be improved if they saw your life improve … Make friends with people who want the best for you.”

As you’ve probably guessed, the first quote is from me, and the second from Jordan B Peterson, the Canadian professor of psychology.  Having just re-read Peterson’s chapter on friendship, I thought it would be fun and perhaps instructive to compare it to mine, written twenty-one years earlier.

I looked at friendship through the lens of the 80/20 principle, proposing three provocative hypotheses:

I invited readers to do this exercise to test my hypotheses:

I obviously didn’t know what your results would be, but a typical 80/20 pattern would have two characteristics:

Complete the exercise, I said, by noting the proportion of time that you spend with the person, talking or doing something together – exclude time spent with someone where they are not the main focus of attention, for example, watching a movie or television.

Today, I would limit the number to ten friends, not twenty, based on Koch’s Fingers Theory of Friendship, which says that your true friends are probably limited to your number of fingers, and perhaps to those of one hand.  There is therefore no need to extend your list beyond number ten.

The upshot is plain – we nearly all spend too little time with our dearest friends, and too much time with people whose contribution to our happiness and achievement is minimal or even negative.  Therefore “go for quality, not quantity.  Spend your time and emotional energy reinforcing and deepening the relationships that are most important.”

I added that there is another trade-off between quality and quantity of which we should be aware.

Anthropologists observe that the number of exhilarating and important personal relationships we can establish is limited.  The typical pattern of people in any society is to have two childhood friends, two significant adult friends, and – perhaps incidentally – two doctors.  Typically, there are two powerful sexual partners who eclipse all others in terms of their total relationship value.  Most commonly, you will fall in love only once (or sometimes twice), and there is one member of your family whom you love above all others.

This leads to the “Village Theory”.  In an African village all these relationships happen within a few hundred metres, and are often formed within a short period of time.  For us in the West, these relationships may be spread all over the planet and over a whole lifetime.  They nevertheless constitute a village which we each have in our heads.

And – the punch line – once these slots are filled, they are filled forever.

The anthropologists say that if you have too much experience, too early, you exhaust your capacity for further deep relationships.  This may explain the superficiality often observed in those whose profession or circumstances force them to have a great number of relationships – such as sex workers, salespeople, or those who move house very often.

J G Ballard cited a case example of a rehabilitation project in California for women who were around 20 or 21 who mixed with criminals.  The program introduced them to new social backgrounds, to middle-class volunteers, who befriended the young women and invited them to their homes.

Many of the girls had been married very early, had their first children at 13 or 14 – some had been married or in relationships three times by the time they were 20.  They had sometimes had hundreds of lovers, some of whom were then shot or jailed.  They’d been through everything – relationships, motherhood, break-ups, bereavements, all while in their teens.

The project was a fiasco.  The women were incapable of forming any deep new relationships.  They were all used up.  Their relationship slots had all been filled, forever.

The conclusion – fill your relationships slots with extreme care, and not too early!

“If you surround yourself with people who support your upward aim, they will not tolerate your cynicism and destructiveness … This will help bolster your resolve to do what you should do.”

“When you dare aspire upward, you reveal the inadequacy of the present and the promise of the future.”

“Don’t think that is easier to surround yourself with good healthy people than with bad unhealthy people.  It’s not.  A good, healthy person is an ideal.  It requires strength and daring to stand up near such a person.”

“Make friends with people who want the best for you.”

We both agree that you probably don’t spend time with the right people.  I say that because of the pressures of modern life – we don’t live in an African Village where our friends are cheek by jowl, and we often spend time with people we don’t particularly like, for a variety of reasons – they may be co-workers, neighbours, or friends of our spouse, for example.  We may not see our best friends very often, for the simple reason that they are spread out around the world.  My remedy is that you make a special effort to see your best friends, or at least to talk to them online – and cut out time with people who are not your good friends.  I’d also suggest that if you don’t like most of your co-workers, you change your job – it’s that important.

His vision of the world seems to me to be unnecessarily grim.  Maybe I have just been luckier in life.  But I also believe that the reason we often do things which are not in our best interests is not because we are bad people, or sub-optimal people, but because we don’t think hard enough about what is in our interests.  One thing I keep stressing is “enjoy life, spend time with people whom you like and who like you, whom you love and who love you, people who are good for you in the here and now, do things which give you the gratification of a job well done and are useful to yourself and other people.  Stop doing things you don’t enjoy.  Stop seeing people you don’t like.  See more of people you do like very much.”

We are often our own worst enemies.  If we realize this, we can take steps to be happier and more productive.  And if we are happy and productive, we automatically help other people.  So it’s our duty to be happy.

Finally, I hope I’ve made you think about your friends and the time you spend with them, and about the need to nurture your very best friends.  Very few things in life are so important; very few things are done so little. 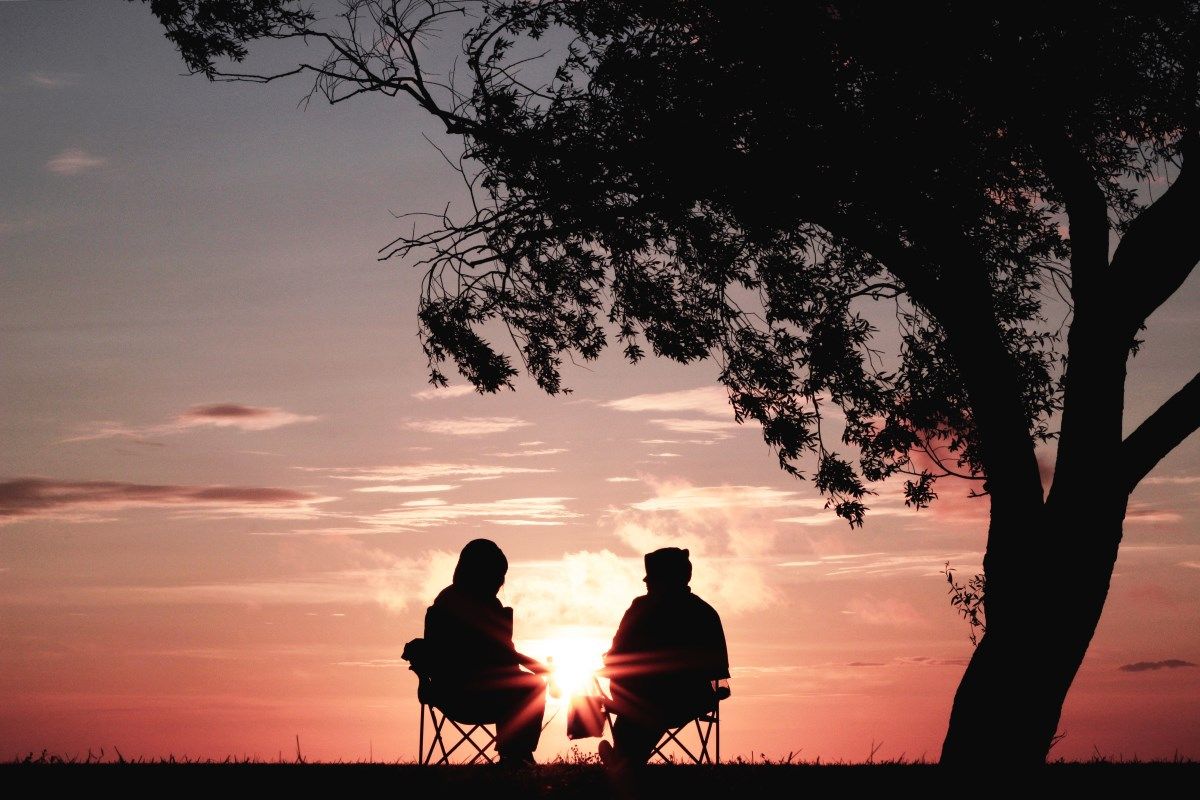