But two things impressed me above all...
IN PRAISE OF REVOLUTIONARY CONSERVATISM

I had a most interesting and gratifying experience last week in Stellenbosch, South Africa, where I attended the Freshers Event at
the University.  This is a very long tradition – each year at the start of their university degree, the freshmen and freshwomen at each college create a song and dance routine to entertain each other, their parents, and anyone who wants to attend.  The productions are of surprisingly high quality, lasting around 20 minutes or so, and repeated all evening so that audiences totaling several thousand can enjoy about half a dozen shows.  It’s a jolly evening and gives a holiday atmosphere to the whole town, which is a very attractive Cape Dutch-type place; the university buildings are not unlike those at Oxford, Cambridge or the American Ivy League colleges, just as impressive if less venerable.

But two things impressed me above all.  The first and more important was that about a third of the incoming fresh-people were not white, and clearly belonged there as much as any of the predominantly Afrikaner white students.  This may not seem remarkable, until one considers that Stellenbosch was once, not long ago, a badge of white privilege, and is still predominantly Afrikaans in character.  It is hard to overstate the transformation which has taken place.

The move from an apartheid society to one which is genuinely, openly and even exuberantly multiracial is one of the miracles of the last thirty years, mirroring the transformation of South Africa from a closed dictatorship to a genuine democracy, where the government is dominated by people who would previously not just have been excluded from any such role, but also from all civil society.

The Impact of Personal Intuition, above all of One Man

In the mid to late 1980s, the Nationalist regime and the ANC were both ratcheting up the violence in South Africa.  There was terror, murder and mayhem from both freedom fighters and the security forces, feeding a vicious circle of embitterment and hatred.  There were no civil institutions or other means by which the principals could meet each other or establish a dialogue – the ANC leaders were all in hiding, in exile, orlocked up.  The ANC was set on making South Africa ungovernable; the government absolutely set, through ideology and inherent ruthlessness, on maintaining its tyranny.

The demands of the two sides could not be squared – the ANC wanted one person one vote, which seem reasonable enough, until one
paused to consider that this meant black majority rule, which had proved a disaster in most of the rest of Africa; the whites, especially the inflexible Afrikaners who ran the state, feared a bloodbath, expropriation, and the destruction of the economy and civilized society.  I was spending about a quarter of my time in Pretoria and Johannesburg consulting on the strategy for a large local bank.  I never met anyone brave enough to say or believe that a peaceful political solution could be reached – the only question was whether bloody revolution would come in five years or fifty.

Into this toxic vacuum stepped one man.  Nelson Mandela somehow arrived at the view that the impasse between the ANC and the South African government – the one that had sentenced him to life – could be broken, and that he was the person to make the breakthrough, from his prison cell.

How did Mandela’s intuition that peace was possible arise?   It came through a series of oblique hints from the regime and from outside South Africa, from Mandela’s extraordinary humanity and openness to see the good in everyone, even his bloody and brutal captors, from their calculation that it was just conceivable that a deal could be done with him, that he carried enough clout within the ANC to impose it on the rank-and-file, and that he was intelligent, adroit and generous enough to become leader of a new South Africa where they would not be driven into the sea.

Mandela’s breakthrough came from human contact and warmth – from growing trust and mutual respect which gradually incubated and arose between five people – Mandela on the one hand, and four leaders of the apartheid regime on the other.

Paradoxically, it could not have happened at all unless Mandela had been in prison, and therefore available for strange and increasingly productive secret meetings.

The first and most surprising of the apartheid leaders to realize that it was worth talking seriously to Mandela was President P W Botha, a resolute hardliner known as “the Great Crocodile”.  Though he was ruthless in suppressing black discontent, Botha was more intelligent and flexible than he appeared.  “You know,” he said to his equally hardline justice and security minister, Koebie Coetsee in 1985, “we have painted ourselves into a corner – he meant, made negotiations with the ANC impossible – “Can you get us out?”  From then on, Botha and Coetsee pursued a dual-track policy of fierce repression, and exploring whether a deal for a new South Africa might be possible.

In November 1985, Botha agreed to let Coetsee conduct a surprise secret meeting with Mandela. “For Mandela,” writes the anti-apartheid activist and friend Peter Hain, “it was the opportunity for the dialogue he had sought for decades. If it went wrong, both men had much to lose.”

From then on, Coetsee and Mandela – then, Mandela and Botha, then, Mandela and the much-feared head of the National Intelligence
Service, Neil Barnard, and finally Mandela and F W de Klerk, Botha’s successor as President – entered a competition to see who could out-charm the other.  In May 1988, President Botha finally nailed his colours to the mast by meeting Mandela.  “I was tense about meeting Mr Botha,” the latter recalled, “I had heard many accounts of his ferocious temper.”  But it went according to a feel-good Hollywood script. “From the opposite side of his grand office, P W Botha walked towards me.  He had his hand out and was smiling broadly … he completely disarmed me.  He was unfailingly courteous, deferential, and friendly.  Now, I felt, there could be no turning back.”

And so the miracle happened – peace and reconciliation broke out.  Which takes me back to last week in Stellenbosch.

“When an Afrikaner changes, he changes completely”

So says Nelson Mandela. “Many Afrikaners, who once acted with great cruelty and insensitivity towards the majority in our country – to an extent you have to go to jail to understand – have changed completely, and become loyal South Africans in whom one can trust.”

Revolutionary and highly beneficial social change in a short period of time is rare, and I feel privileged to have observed it in my
life.

But what, you may ask, was the second things that impressed me about the freshers’ fair in Stellenbosch?  It was the innate conservatism of the eighteen-year-olds putting on the show, and of the university itself.  There was a strong dose of old-fashioned self-help philosophy, an emphasis on good clean living, a dash of idealism, a strong commitment to helping other people, and not the slightest hint of youthful rebellion or distrust of authority or the older generation.  As a child of the 1960s I could hardly believe it.  Not the faintest aroma of pot and no sight at all of drinking – the whole campus seemed bleakly dry.  Genuine smiles everywhere – plenty of love and peace, but no sign of the usual accompaniments.

Which leads me to my hypothesis: when all the impetus towards huge social change has been used up by one battle – in this case for
democracy, equality, and the bringing-together of people from every background – then there is nothing left for further revolutionary urges.  What we are left with is “revolutionary conservatism”.  I think it will serve South Africa very well.  But at least in Stellenbosch, and probably throughout the Western Cape, which is well governed by the Democratic Alliance, conservatism rules OK.  Even though it’s bit dull, it’s important, kind, decent, and bodes well for the future. 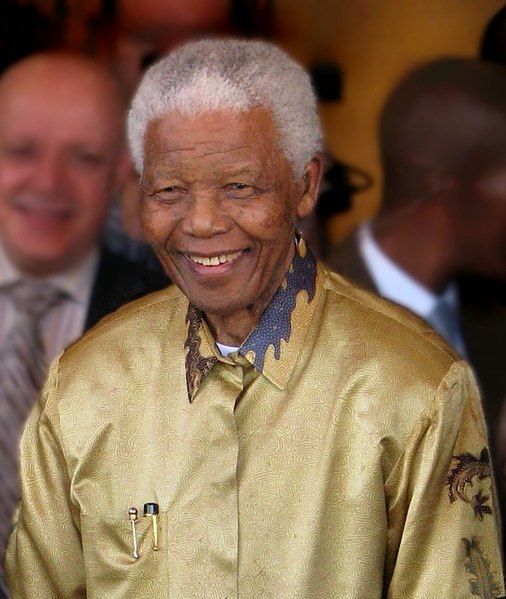